OUT OF MIND » BREAKING NEWS & HOT TOPICS » THE GREAT DIE OFF » Cyber War Declared in U.S. and UK to Quash Vaccine Hesitancy as Nations Prepare for Mass Inoculations

Cyber War Declared in U.S. and UK to Quash Vaccine Hesitancy as Nations Prepare for Mass Inoculations Mon Nov 23, 2020 11:24 am

News organizations and journalists who raise legitimate concerns about Operation Warp Speed will be de-platformed to make way for the “required” saturation of pro-vaccine messaging across the English-speaking media landscape. 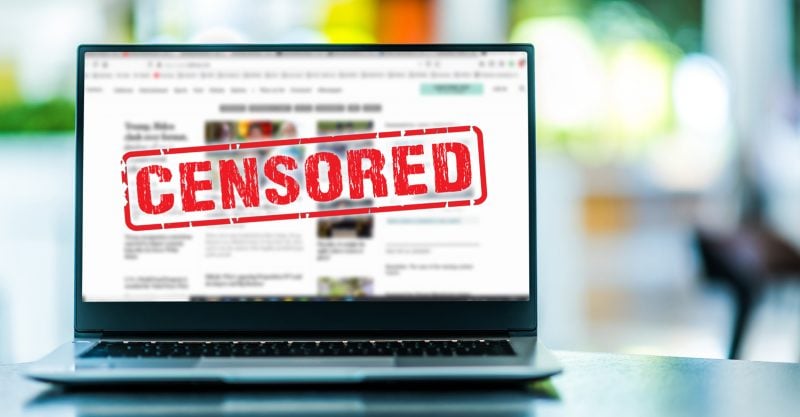 In addition to those recent board hires, Primer brought on Sue Gordon, the former principal deputy director of National Intelligence, as a strategic adviser. Gordon previously “drove partnerships within the U.S. Intelligence Community and provided advice to the National Security Council in her role as deputy director of national intelligence” and had a twenty-seven-year career at the CIA. The deep links are unsurprising, given that Primer is financially backed by the CIA’s venture-capital arm In-Q-Tel and the venture-capital arm of billionaire Mike Bloomberg, Bloomberg Beta.
Operation Warp Speed’s disinformation blitzkrieg
The rapid increase in interest by the U.S. and U.K. national-security states toward COVID-19 “disinformation,” particularly as it relates to upcoming COVID-19 vaccination campaigns, is intimately related to the media-engagement strategy of the U.S. government’s Operation Warp Speed.
Officially a “public-private partnership,” Operation Warp Speed, which has the goal of vaccinating 300 million Americans by next January, is dominated by the U.S. military and also involves several U.S. intelligence agencies, including the NSA and the Department of Homeland Security (DHS), as well as intelligence-linked tech giants Google, Oracle, and Palantir. Several reports published in The Last American Vagabond by this author and journalist Derrick Broze have revealed the extreme secrecy of the operation, its numerous conflicts of interest, and its deep ties to Silicon Valley and Orwellian technocratic initiatives.
Warp Speed’s official guidance discusses at length its phased plan for engaging the public and addressing issues of “vaccine hesitancy.” According to the Warp Speed document entitled “From the Factory to the Frontlines,” “strategic communications and public messaging are critical to ensure maximum acceptance of vaccines, requiring a saturation of messaging across the national media.” It also states that “working with established partners — especially those that are trusted sources for target audiences — is critical to advancing public understanding of, access to, and acceptance of eventual vaccines” and that “identifying the right messages to promote vaccine confidence, countering misinformation, and targeting outreach to vulnerable and at-risk populations will be necessary to achieve high coverage.”
The document also notes that Warp Speed will employ the CDC’s three-pronged strategic framework for its communications effort. The third pillar of that strategy is entitled “Stop Myths” and has as a main focus “establish[ing] partnerships to contain the spread of misinformation” as well as “work[ing] with local partners and trusted messengers to improve confidence in vaccines.”
Though that particular Warp Speed document is short on specifics, the CDC’s COVID-19 Vaccination Program Interim Playbook contains additional information. It states that Operation Warp Speed will “engage and use a wide range of partners, collaborations, and communication and news media channels to achieve communication goals, understanding that channel preferences and credible sources vary among audiences and people at higher risk for severe illness and critical populations, and channels vary in their capacity to achieve different communication objectives.” It states that it will focus its efforts in this regard on “traditional media channels” (print, radio, and TV) as well as “digital media” (internet, social media, and text messaging).
The CDC document further reveals that the “public messaging” campaign to “promote vaccine uptake” and address “vaccine hesitancy” is divided into four phases and adds that the overall communication strategy of Warp Speed “should be timely and applicable for the current phase of the COVID-19 Vaccination program.”
Those phases are:

Given that the COVID-19 vaccine candidate produced by Pfizer is expected to be approved by the end of November, it appears that the U.S. national-security state, which is essentially running Operation Warp Speed, along with “trusted messengers” in mass media, is preparing to enter the second phase of its communications strategy, one in which news organizations and journalists who raise legitimate concerns about Warp Speed will be de-platformed to make way for the “required” saturation of pro-vaccine messaging across the English-speaking media landscape.

OUT OF MIND » BREAKING NEWS & HOT TOPICS » THE GREAT DIE OFF » Cyber War Declared in U.S. and UK to Quash Vaccine Hesitancy as Nations Prepare for Mass Inoculations