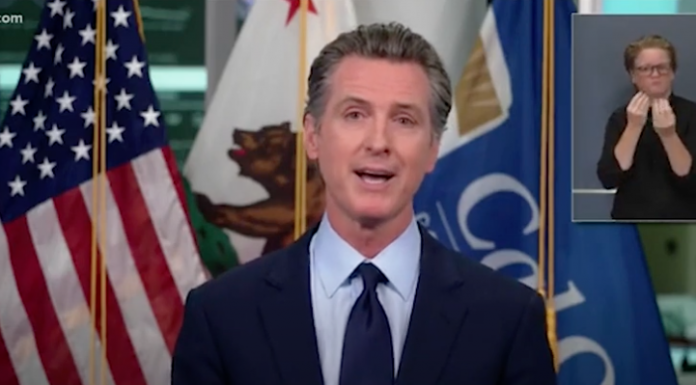 Source: Joshua Paladino
Sacramento Superior Court Judge James P. Arguelles awarded the campaign to recall California Gov. Gavin Newsom an additional 120 days to gather signatures, Politico reported.
The RescueCalifornia campaign, led by former California GOP Chairman Tom Del Becarro, has collected more than 800,000 signatures, despite false information on Fox News that the signatures had been annulled, the California Globe reported.
“It makes all the difference in the world for us,” Del Beccaro said. “So now we have an extended life, and we’re not competing with the [presidential] election anymore.”
Petitioners need 1.5 million signatures to launch a special election in which voters could choose to replace Newsom before his term ends in 2023.
Arguelles sided with the conservative activists in their argument that California’s coronavirus restrictions prevented them from exercising their right to gather signatures.
The recall campaign now has until March 17 to collect signatures.
The last Republican to serve as the state’s governor was Arnold Schwarzenegger, who won in a 2003 recall election against Democratic Gov. Gray Davis.
Del Beccaro and other Republicans hope to wield Newsom’s hypocrisy to sustain their campaign.
Newsom has placed Californians under medical martial law for the past 8 months, yet he feels free to dine with elites at the French Laundry, a restaurant that charges $350 per person.


While average Americans send their children to computerized indoctrination on Zoom, Newsom sends his children to in-person private education.
“We haven’t had school since March … I’m juggling things together, my husband just took on a third job,’’ said Andrea Hedstrom, a 45-year-old mother and volunteer for the recall drive who said she has voted Democrat her whole life.
“And Gavin Newsom has continued to keep his kids in tuition-based schools,” she continued. “And I see them here in Sacramento playing with nannies and dog walkers.”
With moms, business owners and conservative activists turning against him, Newsom could face an early election challenge next spring.
“Gavin Newsom is the best salesman — driving more people to sign this recall than we could ever do ourselves,” said Orrin Heatlie of Folsom, the lead organizer of RecallGavin2020.com.