NYC Pub Declares Itself “Autonomous Zone” After Government Tries To Shut It Down Mon Nov 30, 2020 6:38 pm By Tyler Durden
In what is a hilarious bit of irony for Democrat politicians in New York, a pub that had its liquor license yanked due to Covid rules has now declared itself an “Autonomous Zone” and is continuing to do business.
The bar, called Mac’s Public House in Staten Island, said publicly:

We refuse to abide by any rules and regulations put forth by the Mayor of NYC and Governor of NY State.

They also painted “AUTONOMOUS ZONE” on the sidewalk outside the bar and put signs in the windows claiming, “As of November 20, 2020, we hereby declare this establishment an AUTONOMOUS ZONE”. 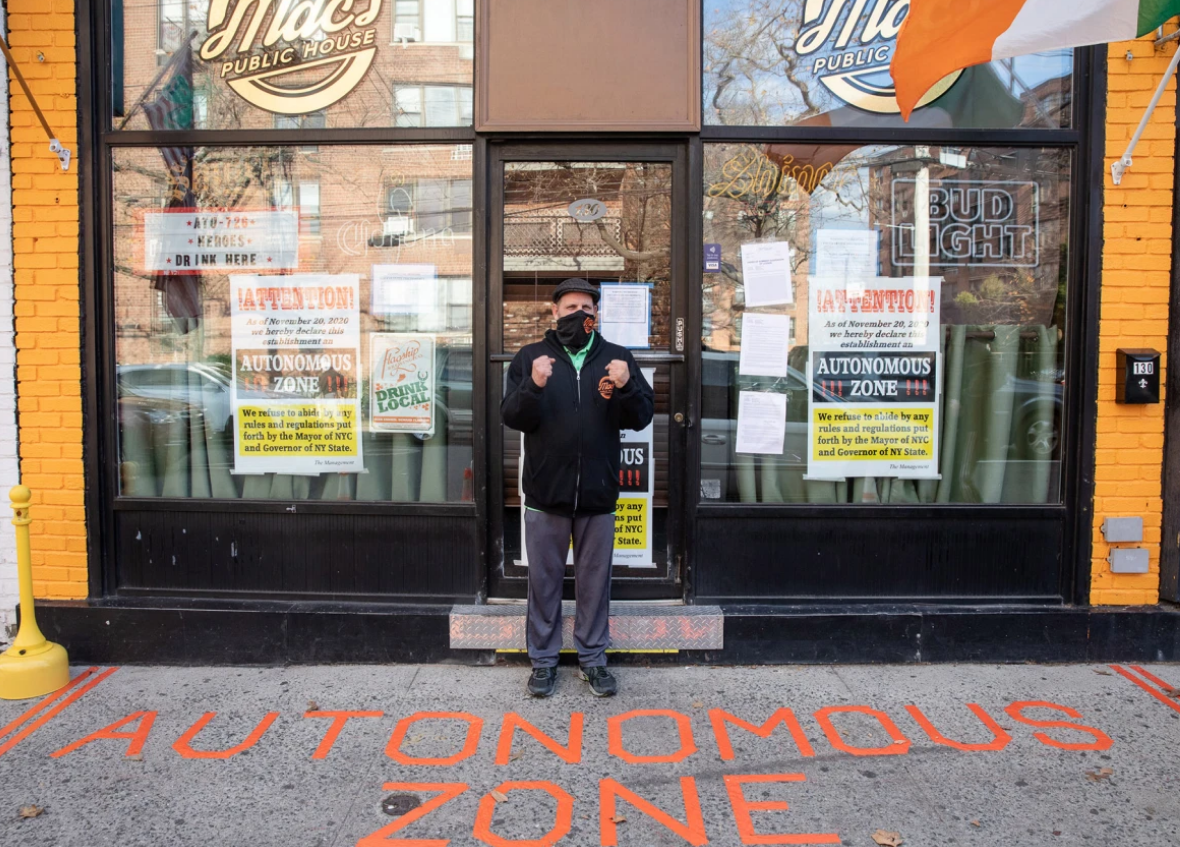 The pub had its liquor license revoked by the state and was slapped with thousands of dollars in fines after defying New York’s latest move to “orange zone status” (whatever that means) thanks to the very huge brain of “Emmy nominated” Governor Andrew Cuomo.
Co-owner Danny Presti told The Post:

At this point, we’re OK with it, because we’re not paying it. [The Sheriff’s Department] is issuing us $1,000 fines, so they keep coming back. We’re still here. We’re not letting them in. 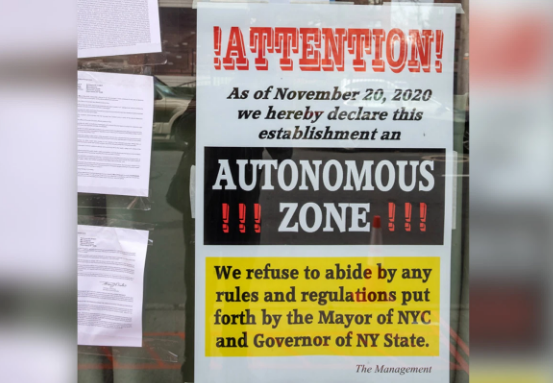 De Bozo – you want to come down here and pull the license off the wall? Feel free to end up comin’ down, and we’ll end up having a conversation before you even think about stepping foot on my property. I will not back down.

On Saturday, the bar was operating without a license, offering booze for free to a small group of customers. The move is try and exploit a loophole in Cuomo’s bill by not actually charging customers.
One customer said: “He’s alright, he’s doing the right thing.”


Another customer – who didn’t pay for his drink and left a $100 tip on a glass of water – said: “I totally support what he is doing. I don’t support the tyrannical nonsense they have in place.”
Here is a video update on the bar from the weekend: