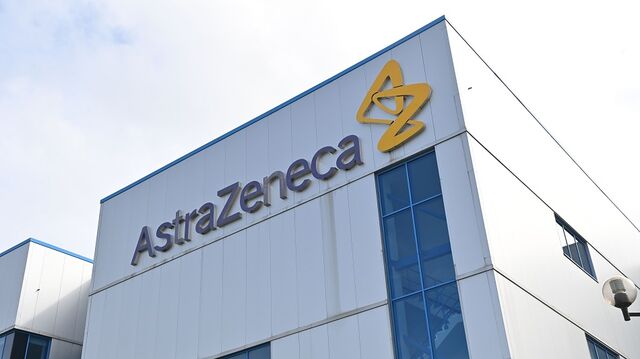 
A day after pausing its Covid-19 vaccine trials due to a possible serious neurological problem in one patient, AstraZeneca Plc faced numerous questions about what exactly caused the issue and whether it could be related to the vaccine.
On Tuesday, AstraZeneca and its partner, the University of Oxford, confirmed it had stopped giving patients the experimental shot after a person in the U.K. who was participating in one of their studies got sick, triggering a review of safety data.
U.S. National Institutes of Health Director Francis Collins told a Senate committee Wednesday the trial had been halted due to a “spinal cord problem.” AstraZeneca is one of several drug companies taking part in the U.S. government’s Operation Warp Speed program to accelerate the development of a coronavirus vaccine.
Appearing before the Senate Committee on Health, Education, Labor & Pensions, Collins said the severe adverse event in the U.K. patient was transverse myelitis, a neurological disorder that causes inflammation of the spinal cord. If AstraZeneca’s review finds the adverse event is related to the vaccine, all the doses already manufactured will be thrown away, Collins said.

However, AstraZeneca Chief Executive Officer Pascal Soriot told investors on a conference call Wednesday there had been no final diagnosis in the case and there wouldn’t be one until more tests are done, according to company spokeswoman Michele Meixell.

“Those tests will be delivered to an independent safety committee that will review the event and establish a final diagnosis,” Meixell said in a statement.

The British drug maker’s vaccine has been considered one of the most likely contenders to reach the market in the near term, along with shots being developed by Moderna Inc. and the tandem of Pfizer Inc. and BioNTech SE. AstraZeneca and Oxford are seeking to enroll as many as 50,000 participants for late-stage trials underway in the U.K., U.S. and other countries.
Collins said that the trial halt was a sign that researchers were adhering to sound scientific practices. In recent weeks, questions about whether the vaccine-discovery process has been politicized by President Donald Trump, who is pinning his hopes for re-election in part on the delivery of a viable inoculation, have been increasing.

“This ought to be reassuring to everybody listening when we say we are going to focus first on safety and make no compromises, this is exhibit A,” Collins told the Senate committee Wednesday. “This is based on a single severe adverse event which may or may not have anything to do with the vaccine, but it is the best sort of cautious approach to quickly stop and look and see if there’s any other evidence to be concerned about.”

The episode that triggered the halt is the second time a person taking part in the AstraZeneca study developed neurological symptoms, leading to a pause in research.
According to a participant information sheet dated July 12 that was posted on the ISRCTN clinical-trial registry, one volunteer in AstraZeneca’s U.K. trial had developed symptoms of transverse myelitis. The posting said the cause was being investigated.
An August update of the information sheet removed the reference to transverse myelitis and said the participant developed neurological symptoms that caused the study to be paused, and that the volunteer was later diagnosed with what was described as “an unrelated neurological illness.”
“There was a brief trial pause in July while a safety review took place after one volunteer was confirmed to have an undiagnosed case of multiple sclerosis,” Meixell, the AstraZeneca spokeswoman, said. She said that the independent panel monitoring the trial concluded the diagnosis was unrelated to the vaccine.
U.S.-traded shares of AstraZeneca declined 2% on Wednesday to close at $53.64, while the stock prices of rival Covid-19 vaccine developers, including Moderna and BioNTech, gained, climbing 4.7% and 4.2%, respectively. Pfizer shares advanced 0.7%.