SM: …Kudos to the billions of bit actors world-wide who have so convincingly played their part in this ‘live’ simulation drill – almost had me fooled….

By Rosanne Lindsay, ND
Predictive Programming is defined as when the government or other higher-ups use fictional movies or books as a mass mind control tool to make the population more accepting of planned future events.
Could it be true? Could there be a Playbook, or Playbooks, written as a future program called The Media that is termed “entertainment” at your expense? Could the media, through movies, books, cartoons, and “the news” be playing out reality through your participation?


Evidence In The Media

TP shortages and Social Distancing and a Biochip Implant was premeditated in the 1993 movie, Demolition Man, with Sylvester Stallone and Sandra Bullock. Even B-Movies have a purpose.https://www.youtube.com/embed/Vw-S5F7zjKg?feature=oembed&enablejsapi=1&wmode=opaque
Coronavirus Outbreak Began In Wuhan, China 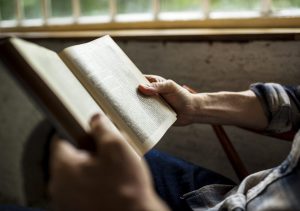 Fiction writer Dean Koontz’ 1981 thriller, “The Eyes of Darkness,” curiously predicted the Coronavirus outbreak now playing out in worlds headlines of 2020. In the book, the fictional lab is located in Wuhan, China and the made-up virus is called Wuhan-400. Wuhan-400 is unique in that the virus only infects humans. The U.S. military, in cooperation with a Chinese scientist named Li Chen, eventually succeeded in developing a vaccine. against the virus.
Sylvia Browne’s book, End of Days: Predictions and Prophecies about the End of the World, also predicted the global flu pandemic. An excerpt of the 2008 book, reads:

In around 2020 a severe pneumonia-like illness will spread throughout the globe, attacking the lungs and bronchial tubes resisting all known treatments.

This so-called flu, that sounds a lot like a lack of oxygen in the blood (think 60 GHz of 5G), according to this Italian doctor, will vanish, according to Browne’s book.
End Days In The Book of Revelations and Event 201 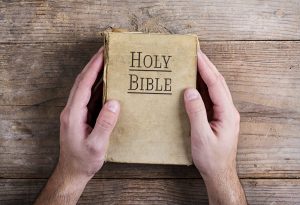 The Book of Revelations in the Holy Bible presents the longest story of the end times – a series of disastrous events occurring with major impact on the world stage, occurring over a relatively short period of time. From food riots and famines to flooding ad fires to wars, to plagues, pestilence, and death, prophets have been warning of this time since the beginning of time.
Many biblical passages, such as Revelation 6 and Matthew 24, forecast disease pandemics in the time just before Jesus Christ returns. Experts like to suggest that humanity can “expect” diseases like the Wuhan virus to get worse and spread like in medieval times, killing millions of people.
But do we really know if any virus killed millions of people during a time when no microscopes existed and no virus had been described?
On October 18, 2019, Wuhan China hosted the 2019 Military World Game. On the same date, John’s Hopkins Center For Health and Security and the Bill and Melinda Gates Foundation hosted Event 201 to simulate a Coronavirus outbreak and how pharmaceutical giants and distribution chains would respond.
Cyber Attack That Takes Down The Grid
In the “news,” former Homeland Security Secretary Janet Napolitano said, “We shouldn’t wait until there is a 9/11 in the cyber world. There are things we can and should be doing right now that, if not prevent, would mitigate the extent of damage.” If such an event were to occur it could cripple the country — taking down the power grid, water infrastructure, transportation networks, and financial networks.
Could the hype in the media headlines be an important distraction to create fear and ensure that every human is programmed to respond as one mind? One herd?  What would happen if people stopped watching Tel-a-Vision? Stopped reading and discussing top-selling NY Times Best Sellers or stopped believing the headlines?

There is no such thing, at this date of the world’s history, in America, as an independent press. You know it and I know it.” – John Swinton, NY journalist, at press banquet 1880. Read the rest of his speech here. 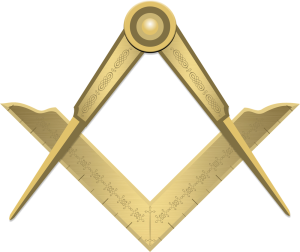 Image by MBGX2
Who are the programmers of reality? How do they do it? In Gematria, the story of this reality is spelled out. It is the practice of coding numbers into words.
In this book, “Morals and Dogma,” Albert Pike, a prominent Freemason, says Masonry is based in Kabbalah, which is practiced by Zionist Jews in the top branches of government. Why else is there a statue of Albert Pike in Washington DC holding the book Morals and Dogma? They are in sports, religion, and entertainment. These men are the Kabal/Cabal, or the Elites, or EL-ites, or Is-Ra-EL-ites.
Gematria has been used by this elite group for millennia. They have used symbols and words as rituals  to misinform people long before America was formed, in the mid 1700s.
Freemasons use mathematics and numerology, in relation to the calendar, to contrive the details of events that play out in the media. Freemasons came from Europe. They are Jesuit educated, and cleverly hide their works in plain sight, in laws, science, money, and news to mock and reign over the ignorant masses. Even so, the fact that the elite have operated as the hidden hand behind Freemasonry since the 18th Century is often refuted even by researchers and authors studying this subject.
In numerology, several important numbers show up in repeating patterns when decoding words using four main cyphers of the Gematrinator calculator.  See Zachary Hubbard explain:  These are ritualistic redundant patterns that go on in the news cycle over and over again.

Manly P. Hall, a 33rd ° Scottish Rite Freemason, the most powerful branch of Freemasonry, writes in his book, “The Secret Destiny of America,” that the United States of America was created by a network of Masons and other related secret societies as something referred to as the Order of the Quest. According to Hall, the secret alliance has one essential mission, to deliver a one world government, based in democracy and philosophy.
The latin phrase “Novus Ordo Seclorum” means Order out of Chaos.  On the reverse of the seal of the United States is a phrase that means “a new order of the ages.” For more information on Gematria and Albert Pike’s role, see Zachary Hubbard’s book, “Letters and Numbers.”

We are on the verge of a global transformation. All we need is the right major crisis, and the nations will accept the New World Order. – David Rockefeller, 1994 UN dinner speech.

All The World Is A Stage

From Actors, such as Ronald Regan, who became president, to NY state governor Andrew Cuomo who will receive an Emmy for “effective communication and leadership during the Pandemic,” all the world is a stage. Even politician Al Gore received an Emmy in 2007.
Is it legal for a tax-exempt 501(c)3 organization, such as The Emmys, to give an award to a governor who has violated the U.S. Constitution? Is it right to award someone who has promoted illegal medical mandates for practicing medicine without a license? Is it legal to honor a politician that has destroyed New York City? Do lockdowns and restrictions that have led to a majority of small businesses closing for good, and upwards of 500,000 people leaving the city in a two-month period, qualify someone for doing an exemplary job?
Perhaps so, if the man is an actor.
Are all politicians, in fact, actors?  A quick search of IMDb, shows that names of politicians, from Nancy Pelosi to Robert F. Kennedy Jr. come up as actors
! 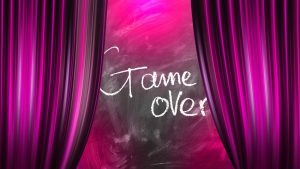 Image by Gerd Altmann
Programmers and social engineers profit from controlling the world of entertainment, publishing, government, news media, science, and the military. It is important to understand that the language we all use is part of a script.
The way out of playing a role we didn’t consent to? Swap the language and the symbols told to us, for the lost art of telepathy. Sound like the stuff of fiction?
If truth is fiction, then telepathy represents a hidden power of humanity that has been suppressed, and gone unused for too long. Telepathy was described in Cleve Backster’s experiments showing plants could predict harm to themselves or other life in their environment.  Accessing telepathy begins with accessing intuition, a birthright and ability inherent in every individual. Where are the movies where telepathy is a positive thing?
Nowhere.
See more in my blog, When Prophets Are Programmers.
Rosanne Lindsay is a Naturopath, Herbalist, writer, and author of the books The Nature of Healing, Heal the Body, Heal the Planet and Free Your Voice, Heal Your Thyroid, Reverse Thyroid Disease Naturally. Find her on Facebook at facebook.com/Natureofhealing.
Does Predictive Programming Create Reality? | Nature of Healing