Leaked Image of UFO: Part of Classified Pentagon Report Suggesting Some UFOs Are of ‘Alien’ or ‘Non-Human’ Origin

Leaked Image of UFO: Part of Classified Pentagon Report Suggesting Some UFOs Are of ‘Alien’ or ‘Non-Human’ Origin Sat Dec 12, 2020 10:30 am

A photo of a mysterious airborne object has been leaked to US defense news outlet, The Debrief.
The photo is said to be a part of a classified Pentagon report suggesting some UFOs might be of “alien” or “non-human” origin. The image published by The Debrief on Thursday depicts what officials first described as a “cube-shaped” silver object “hovering” at an altitude of between 30,000 and 35,000 feet (9.1 to 10.6 kilometers). 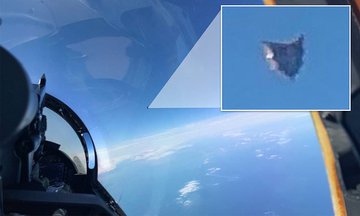 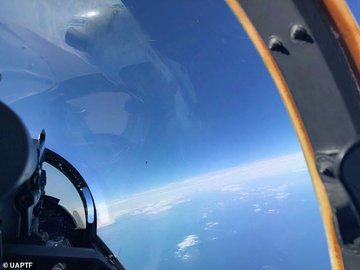 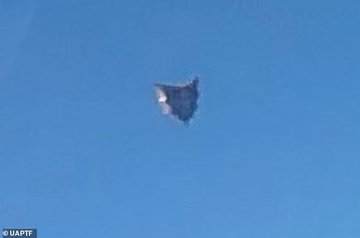 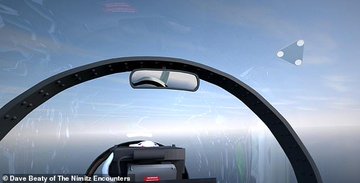 The object in the photo appears to be more of an inverted bell-shaped one, however, with what looks like ridges on its lateral edges.
The puzzling image that has since circulated on social media is reported to have initially been part of a classified “position report” by the Pentagon’s secretive Unidentified Aerial Phenomena Task Force (UAPTF).
Called UAPs by the military, the phenomena are better known to the broader public by their old name, unidentified flying objects (UFOs).
The US defense department only officially acknowledged the existence of the UAPTF in August this year, after the Senate 2021 intelligence authorization bill let it slip in June.
However, the task force appears to have existed long before that, since the report in question dates back to the summer of 2018, according to The Debrief.
The UAPTF’s predecessor, the UFO-hunting Advanced Aerospace Threat Identification Program (AATIP), was run by the Defense Intelligence Agency from 2007 to 2012.
The photo itself refers to an aerial phenomenon marked as “unidentified.” The image was taken from an F/A-18 fighter jet with a pilot’s personal cell phone somewhere off the East Coast of the US.
Sources within the intelligence community contacted by The Debrief confirmed that it was taken at some point in 2018, but the exact time and location were not revealed to the media outlet.
“In decades with the [Intelligence Community] I’ve never seen anything like this,” one intelligence official told The Debrief, while another one called the UAPTF reports “shocking.”
According to the outlet, the 2018 report that had been quite widely distributed through the “non-public” military and intelligence information-sharing channels “expressly stated” that an idea of some UAP to be the products of “alien” or “non-human” technology was considered quite legitimate.
Another UAPTF “position report,” allegedly released this summer, describes a similar incident, which this time involved an unidentifiable triangular object.
The paper reportedly contained an “extremely clear” photo of the aircraft, described as a large equilateral triangle with rounded or “blunted” edges and large spherical white “lights” at the corners.
The image, which was not obtained by the media, was said to have been taken in 2019 by another F/A-18 fighter pilot.
Sources familiar with the report told The Debrief that the image was taken after the object emerged from the ocean and flew up at a 90-degree angle. The incident reportedly took place off the eastern US coast as well.
Despite some earlier speculation that the US Defense Department might be compelled to make its UFO sighting reports public, when contacted by The Debrief the Pentagon declined to comment on either the photos or the classified reports.
“I am not going to comment on whether something was or was not in a classified intelligence report,” Pentagon spokesperson Susan Gough said in an email, adding that the DOD won’t comment on classified reports in order “to maintain operations security and to avoid disclosing information that may be useful to potential adversaries.”
The US military did release three videos showing pilots’ encounters with what was called “unidentified aerial phenomena” in April, without providing many details about what was seen in the footage.
Further attempts, including by the US Senate, to make the Pentagon and the US intelligence agencies declassify additional information were apparently to no avail.
Earlier this week, former US President Barack Obama told reporters that he sought information about UFOs during his tenure, but stopped short of revealing if he had learned anything.
Source: RT.com