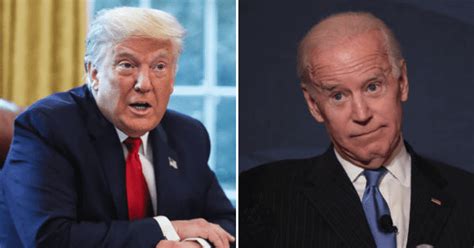 Source: Veronika Kyrylenko
As uncertain as the odds of the presidential election outcome, one thing is clear: whoever becomes the winner, he is unlikely to alter long-running political divides within the country.  Sure, America has faced worse divisions in the past and survived — at great cost — but with polarization set to deepen over time, the country could face paralyzing political sclerosis or even calls for secession, as argued by many observers.
Study after study after study suggests that the impact of political partisanship appears to be increasing and shows just how much our political identity today is a part of our views of a wide variety of other aspects of life, which often are not directly related to politics.  Why is this concerning?  In the long run, polarization and partisan conflicts lead to inaction, as ideologically rigid “my way or the highway” mentalities lower the probability of achieving the compromise that should be at the heart of legislative functioning (like the 2018–19 government shutdown or the standstill in COVID relief legislation).  The partisan tensions between the federal and certain local governments showed themselves in full during the different approaches in handling national summer protests, when Democrat governments were eager to “destroy the village in order to save it” and continuously refused any help from Trump.
Another aspect is societal.  As argued by Frank Newport, Ph. D. of Gallup, any functioning society needs to develop and maintain its social institutions, but partisans on both sides increasingly see institutions in the U.S. not as beneficial and necessary, but as part of an effort by the other side to gain advantage and to perpetuate its power.
There is also a short-term pressing concern: has the loathing between Democrats and Republicans reached such poisonous levels that any election result will be too toxic for the losing side to bear?  We’ve seen how, in the effort to gin up supporters, each party has spent the whole election saying America will be destroyed if the other side wins.
Both sides, indeed, seem determined to fight.  On one hand, no honest person can look at the elections and say they were fair — not after hearing the numerous testimonies at the court hearings, not after seeing the heap of sworn affidavits and mathematically impossible “glitches” of the Dominion voting system.  If the cases go to the Supreme Court or the Congress, there is a great chance that Trump remains the president — much to the relief of the half of the country that ditched CNN and its ilk and got a taste of how an America-centric approach may boost the country’s well-being.  On the other hand, there is a media-proclaimed president-elect, Joe Biden, busily forming his Cabinet and receiving greetings from foreign leaders.

What are the scenarios awaiting polarized America when the last legal stage is complete, all Is are dotted and Ts crossed, and the winner is officially declared?
What if…
Trump wins
Anyone familiar with the foreign-policy neocon approach that aimed at securing American global dominance and that had been embraced by Presidents George W. Bush and Barack Obama sees striking similarities between the numerous “color revolutions” that the U.S. supported around the world and the current elections in the U.S.  The “regime change” tactics were detailed in the books of Gene Sharp and Mark Palmer and successfully executed in many countries, and those same tactics are now repeated in the U.S.  The first step would be declaring the president illegitimate since the SCOTUS or the Congress would make a “partisan” decision that would contradict the “people’s will.”  Then the streets of the major Democrat-run cities would be overrun by the protesters, as promised by the leftist activists who started to coordinate their effort to counteract Trump way before the elections.  Even the Washington Post analysis “What’s the Worst That Could Happen?,” exploring various potential outcomes of the election, found that in “every scenario except a Biden landslide, our simulation ended catastrophically.”  According to the article, any other outcome is destined to spark “street-level violence,” “political crisis,” and “constitutional crisis.”  In other words, the trouble will be coming from the left, and the trouble will be major.
As per another war game, the Democrat establishment may stimulate California (and here), Oregon, and Washington to threaten to secede from the Union if Trump takes office.  “At that point in the scenario,” the New York Times’ Ben Smith explains, “the nation stopped looking to the media for cues, and waited to see what the military would do.”
This scenario is what a real-life “coup” might resemble.  It wouldn’t be insane to presume that Democrats would destroy the nation’s longstanding and peaceful transition because they refuse to accept the mandated process of electing the president.  The meticulous four-year project to delegitimize the Trump presidency speaks for itself.  The liberal threats to secede would most likely remain a bluff as the failing poorly run states heavily depend on federal aid.
Biden wins
As hurtful and disappointing as it may be, there is a possibility of Joe Biden becoming president.  The leftists warn of a “very real” threat from right-wing extremists, who are “heavily armed, [and] poised to rebel against the election if President Trump loses, [and pose] an extraordinary danger to U.S. democracy.”  As one of the media reported, “right-wing extremists reacted to the news [of the election being called for Biden] as expected — with anger, distrust, and nebulous, non-specific threats of violence” – that included them “showing up in Harrisburg, Pennsylvania” and other places.  You got it right: the Proud Boys are guilty of showing up during the Trump rallies!  No “street-level violence,” no riots, no property damage, no looting or burning.  And that is how it will be even if Biden officially wins.  No need to board up.


The partisan division, however, would continue to deepen within the states.  Back in 2009, Texas governor Rick Perry said with regard to Obama’s victory: “We’ve got a great union[.] … But if Washington continues to thumb their nose at the American people, you know, who knows what may come out of that?”  After the 2012 election, secession petitions were launched in all 50 states, with campaigns in six states receiving enough signatures to require a response from the U.S. government.
The secession calls from the conservatives trapped in the liberal states are heard loud today — like eastern Washington, which tries to avoid the “socialist values of downtown Seattle”; rural counties in Oregon trying to flee the violence-consumed Portland and join Idaho; Northern California and Downstate Illinois, dreading ultra-liberal policies; and long-lasting New York conservatives’ efforts to split.  This movement will most probably gain traction with the Obama era–style policies that would dominate the Biden-Harris administration.  The calls to “unite” without any meaningful policies that would reassure and appeal to conservatives will remain hot air.
Either way, the next president will have to lessen, if not overcome, the partisan divide within the country.  The best way would be a strong and working economy (unlikely under Biden) and meaningful media coverage of it — the area where conservatives (if Trump prevails) would need to advance to counteract the leftist smears and propaganda.