OUT OF MIND » THE INSANITY OF REALITY » GOVERNMENT & THE NEW WORLD ORDER » What Happened to John Durham?

What Happened to John Durham? 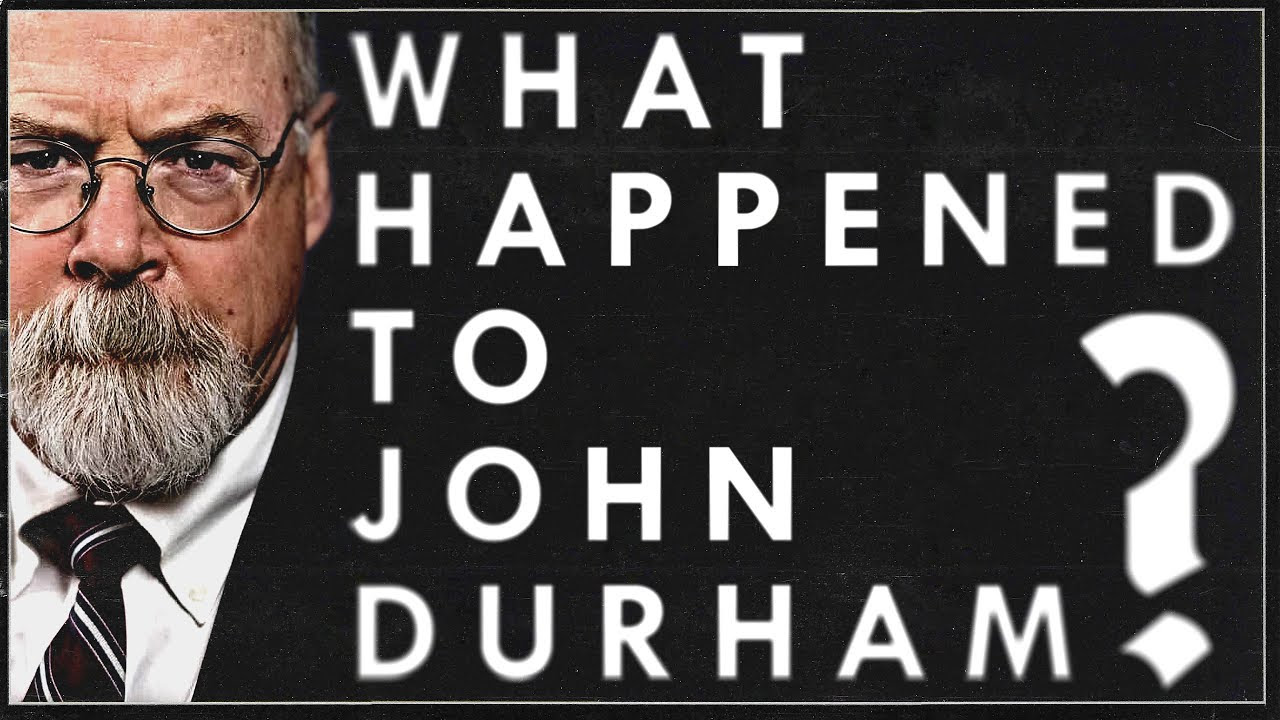 What Happened to John Durham?

Here’s the latest from Mr Reagan, who occasionally nails it, like he did this time.
***
FULL TRANSCRIPT
• Why hasn’t the mainstream media reported on any of Biden’s corruption over the years?
• Why don’t they report on the misdeeds of the FBI or the CIA? They used to.
• Why haven’t the FBI looked into Hunter Biden’s crimes?
• How is it that Eric Swalwell’s relationship with the Chinese spy was never made public? Certainly, lots of people in DC knew about it.
• Why didn’t the Mueller Investigation seem to incriminate anyone who perpetrated the Russian Collusion Hoax? There was tons of criminality there, yet nobody’s indicted.
• Why hasn’t Durham arrested anyone yet? Or even presented an interim report?
• How is it that election fraud perpetrated in a presidential election – fraud so significant, that it actually subverted the will of the people – how is it that such fraud is even possible in America? And why hasn’t the FBI looked into this obvious election-rigging?
• And perhaps most importantly: why has everyone Washington; politicians, the press, the CIA, the FBI, etc. – why has everyone been so desperate to get Donald Trump out of office?

Well, I think I finally figured it all out.
Now, you may think that the Mainstream Media just hates Trump because they’re all brainwashed Socialists and true believers and I think that’s true for many of them but certainly, not for all of them.
Some intrepid reporters have to occasionally realize that, ‘Hey, if I have an Earth-shattering story that nobody else is reporting on, because it makes the Democrats look bad and I stand up and I pretend to have some sense of journalistic integrity and I break the story, I’ll make a name for myself as a great journalist.’
But they don’t do this. No one does. Why? Well, I’ve been thinking about this a lot, lately and I’ve been thinking about the Election – how such vast election fraud could take place without a single whistleblower.
I’ve been trying to figure out why the FBI isn’t investigating voter fraud or anything to do with Biden or Democrats or Russian Collusion Fraud. I’ve been thinking about the ineffectiveness of the Mueller Investigation and the just-as-likely ineffectiveness of the Durham Investigation – and then I had a thought:
We all know that Joe Biden is compromised. We know about Hunter’s laptop; about Ukraine, China – all that stuff. We know why he’s a perfect puppet of the Left and that that is why they want him in office.
Why is it so crucial that the Washington Establishment have a puppet in office? I mean, beyond just because they want to control the President?
The reason is because they need someone in the White House who will not investigate them and this is because they are all compromised. They are all being leveraged by each other.
And yes, we all know that there are corrupt politicians and Deep State players but that’s not what I’m saying. The difference between what I’m saying and what we already suspect is the scope.
I’m not saying that there are *some* bad players in Washington, DC. I’m not saying that there are *some* politicians and *some* swamp dwellers who are compromised. I’m saying that *most* of them are. And that’s a big difference.
And if it’s not most, then it’s at least enough to create a big problem, if they all go down at once. And what I’m proposing is not merely a bunch of bad people and a bunch of compromised people being leveraged. What I’m talking about is a vast web of corruption so interconnected, that if one of them goes down, they all go down. This is a concept known as ‘Mutually-Assured Destruction’.
For those who don’t know, Mutually-Assured Destruction is a concept in military theory, where two sides of a conflict become so strong, that any attack would trigger a full-blown war that would obliterate both sides. This is typically applied to nuclear war but the same concept can be applied to politicians using extortion to leverage each other and to protect themselves. The way I see it is this, there are five types of players in Washington:
1) Those who leverage others using blackmail or extortion;
2) Those who are both leveraged but also who want to extort others, themselves, either as a way to benefit themselves or as a way to protect themselves from those who are leveraging them;
3) Those who are being blackmailed but have no leverage over anyone else;
4) Those who know about the system but recognize that it’s so vast and so powerful that they can do nothing about it and;
5) Those who don’t actually know anything about it and who are actually acting in good faith and I imagine that these people are mostly Republicans with integrity, such as Matt Gaetz and Tom Cotton or imbeciles like AOC. But I think this makes up a relatively small fraction of major players in DC.

No wonder China wanted this family in office. The people that Biden would bring into office, from his Secretary of State, to his Director of National Intelligence, to his Education Secretary – they’re all appeasers of China. The woman he wants to bring in as Education Secretary, she’s praising the Chinese educational system. Anthony Blinken, who he would want to nominate as Secretary of State, Avril Haines, who he wants to nominate his Director of National Intelligence, John Kerry, the biggest of the appeasers.
Hollywood, the NBA, Wall Street, colleges and universities, these corporations – all of which threw in with Biden; all of which opposed Trump; all, to one extent or another on China’s payroll.
We have dark money in the Biden campaign, around $320 million in dark money everybody said where are they getting all this money from it’s absolutely massive it’s enormous. One-third of a billion dollars comes into the Biden campaign through the back door. Massive amounts of money and we don’t know where it’s coming from. Well, somebody needs to look.
Now, I’m not saying it’s Communist China but I wouldn’t put it past them, because Clinton and the Democrats have taken money from Communist China before. The Communists love the Democrats, especially the Bidens.
The LA Times ,the chief of china’s military intelligence secretly directed funds from beijing to help reelect president Clinton in 1996.

Why? Why do these political players all look upon China favorably? I thought democrats were against civil rights abuses? Remember those days?
My guess is that this Mutually-Assured Destruction not only ensures that every member of the Washington Establishment protect each other but it also ensures that they protect the interest of anyone else who might have leverage over them. And in this case, we’re of course talking about China
And this is why it’s imperative that the press do their jobs, expose these corrupt extortionists. This is why it’s imperative that John Durham do his job and arrest and prosecute these Deep State swamp dwellers and this is why it is so imperative that we expose all forms of election fraud, we get Trump back in office for four more years.”

OUT OF MIND » THE INSANITY OF REALITY » GOVERNMENT & THE NEW WORLD ORDER » What Happened to John Durham?