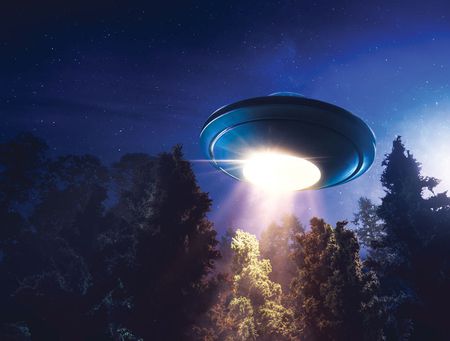 Source: Zero Hedge
Sightings of Unidentified Flying Objects (UFO) in New York City have increased 31% this year over 2019 – 46, compared with 35.
Compared with 2018 figures (of around a dozen), 2020 sightings are astronomically higher, so far jumping by more than 283%, according to NYPost, citing data from the National UFO Reporting Center.
The borough with the most UFO sightings was Brooklyn this year, coming in at 12. The second was Manhattan with 11, and Queens with 10. Staten Island had eight, and the Bronx saw five.
NYPost said the most “memorable intergalactic incidents” occurred in the summer months, on Staten Island and in the Bronx.
The first incident occurred on Jun. 8. A Bronxite said 30 objects “flew in a perfect line, in perfect synchronicity” that “looked like a bunch of moving stars.”
The observer claimed: “I don’t drink, or take any drugs whatsoever. I’m not a UFO conspiracy theorist.”
Then on July 21, a Staten Islander spotted an “oval” craft that “looked and sounded like a helicopter. Then, the mysterious flying machine “sent a surge of heat/radiation through my body!”
The Islander “honestly thought it was the government putting something into the air with everything going on during these times and I thought I would wake up and find it all over the news or on Instagram.”
On Sept. 15, a Brooklynite looked “out the bathroom window of his home” and saw “orange/metallic” orbs “standing still over the Canarsie/Jamaica Bay area.”
They said: “By the time I called my son, they were gone. I could not believe my eyes.”
Earlier in the year, a Manhattanite reported UFOs swirling around the Statue of Liberty.
Even though these were first-hand accounts – there was no physical evidence such as a picture or video to back up their claims, well, as far as we know.
Last week, Haim Eshed, former head of Israel’s Defense Ministry’s space directorate, told Israel’s Yediot Aharonot newspaper that aliens exist and have been waiting to show themselves but added they remain secret because “humanity isn’t ready” for the reveal.
With the world certainly a strange place in 2020, it was noted earlier this month that “alien monoliths” were appearing in the US and even in Europe.