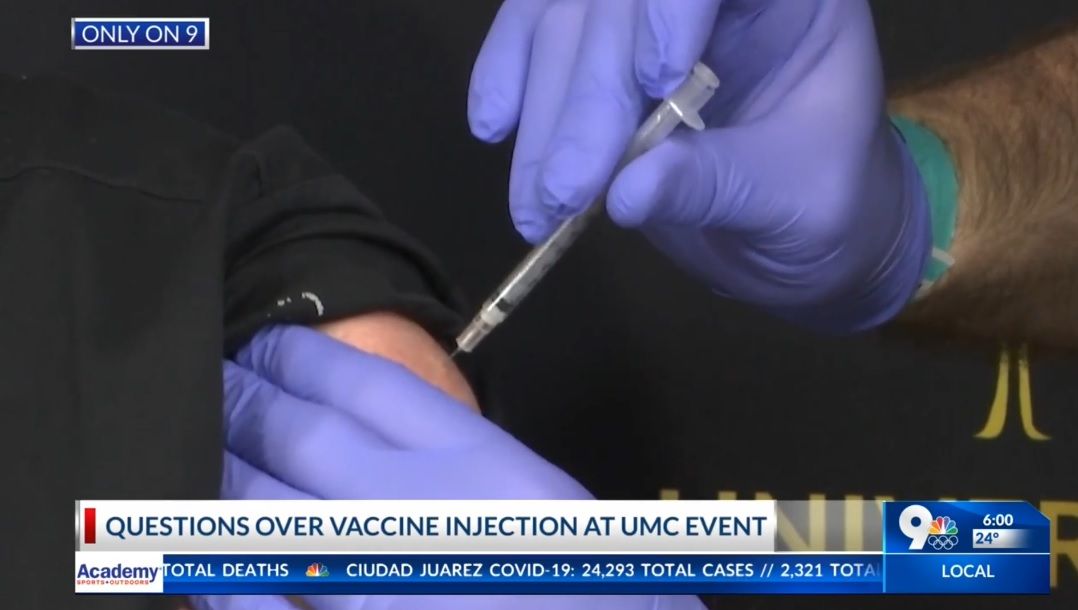 Image Source.
by Brian Shilhavy
Editor, Health Impact News
The first illegal Pfizer experimental vaccines were rolled out this week. I have seen no evidence so far of the military being involved in their distribution, as has been planned under Operation Warp Speed.
This is probably because the first Pfizer vaccines were reported to have been administered this week in medical institutions, where they can control the narrative and where the military is not needed.
Healthcare workers and people in nursing homes or assisted living centers were reportedly the first ones to receive the vaccine this week.
But reports of two healthcare workers suffering adverse reactions in Alaska did make its way into the media yesterday. One of them went into anaphylactic shock, something the FDA has warned about. The Epoch Times reports:

Two health care workers in Alaska suffered reactions, one of which was serious, after receiving the newly approved COVID-19 vaccine.
One Bartlett Regional Hospital worker, a middle-aged woman, had adverse reactions about 10 minutes after receiving the vaccine, the hospital said Wednesday.
The woman received the vaccine on Tuesday. Soon after, she started showing signs of an anaphylactic reaction, with “increased heartbeat, shortness of breath, and skin rash and redness,” the hospital said in a statement.
The woman was given epinephrine, a medication that can treat allergic reactions, and Benadryl, admitted to the hospital, and put on an intravenous epinephrine drip.
Officials said the woman, who was not identified, had no history of allergies or adverse reactions to vaccines.
Lindy Jones, the director of the hospital’s emergency department, said that the reaction was serious but not life threatening.
The second affected worker showed symptoms of eye puffiness, light-headedness, and scratchy throat after receiving the vaccine. He was given epinephrine, Pepcid, and Benadryl. He “felt completely back to normal within an hour” and was released from the hospital.
Both incidents were reported to the Centers for Disease Control and Prevention’s (CDC) Vaccine Adverse Event Reporting System database.
“Our goal is to be transparent with Alaskans and the public,” Alaska’s Chief Medical Officer Anne Zink said in a statement. “We have no plans to change our vaccine schedule, dosing, or regimen.”
The hospital has administered 144 doses of the vaccine. (Source.)

Many hospitals filmed some of their staff being injected with the illegal Pfizer experimental COVID vaccine, to try and reassure the public.
However, some observers noticed that in some of these cases, it appeared they were not really being injected, suggesting it was being staged.
One local media affiliate in El Paso, Texas, even gave some air time to one of the recorded fake injections:

This put pressure on the hospital, the University Medical Center of El Paso, to issue a statement saying that the nurse in the video was re-injected, to “eliminate any doubt.”
There are one or two other videos that also appeared on Twitter, but they were removed before I could get copies.
If anyone has additional information regarding side effects suffered from the experimental Pfizer COVID vaccine, please contact us.
UPDATE: After publishing this story today, a video appeared of a nurse manager in Tennessee passing out during a press conference just after she received the Pfizer COVID vaccine. See:

The Pfizer COVID mRNA Vaccine is NOT Approved, and is ILLEGAL!

The media continues to use the term “approved” when referring to the Pfizer experimental vaccine, which directly contradicts what the FDA itself states.
The FDA clearly states that this vaccine is NOT APPROVED! It was granted “emergency use authorization,” but it was NOT approved.
From the FDA’s Recipient Guidelines:

There are legal requirements for the FDA to authorize an unapproved drug or vaccine for emergency use. One of those requirements is that there cannot be any other approved drugs or vaccines in the market that already work.
With COVID19, tens of thousands of doctors worldwide have testified to the fact that there are at least two safe drugs already in the market and approved by the FDA that have been used successfully, often with a 100% success rate, to treat patients diagnosed with COVID19.
Those drugs are Hydroxychloroquine, and Ivermectin.
Another reason why the FDA’s authorization of the experimental Pfizer COVID vaccine is illegal, is that the clinical trials used to justify its emergency use authorization, used the faulty PCR COVID test to determine if the clinical trial patients had COVID19 or not.
Dr. Sin Hang Lee, a world-renowned expert on DNA sequencing-based diagnostics, filed an ADMINISTRATIVE STAY OF ACTION with the FDA prior to the FDA issuing emergency use authorization to Pfizer, stating that the testing was faulty, and that more reliable testing was needed before this vaccine was used in the public. See:

The FDA ignored this Stay of Action.
President Donald Trump is also complicit with these illegal activities as he allegedly threatened Stephen Hahn, the director of the FDA, to immediately issue emergency use authorization (EUA) of the Pfizer experimental vaccine, or be fired.
Then, when the FDA complied with his orders, he addressed the nation and lied about the Pfizer COVID vaccine, stating that it was “safe and effective.”

But President Trump is not a medical doctor or scientist, and thousands of doctors across the globe disagree with the FDA and President Trump, and have warned the public NOT to get this dangerous vaccine.
You can view these videos on our Bitchute Channel.
The unapproved Pfizer experimental COVID vaccine is illegal, as the FDA had no legal basis to issue an EUA for it.

All the World’s a Stage. Next Up: Presidents will Get the COVID Vaccine on Live TV

It has been announced that former U.S. Presidents Obama, Bush, and Clinton will get the experimental unapproved Pfizer vaccine on live TV to try and convince the public that it is safe.
Earlier today it was also announced that current Vice President Mike Pence will also get the shot on TV tomorrow (Friday, December 18th).
When was the last time the U.S. public was so worried about a new vaccine that Big Pharma and their puppet media stations had to stage a U.S. President getting a vaccine? 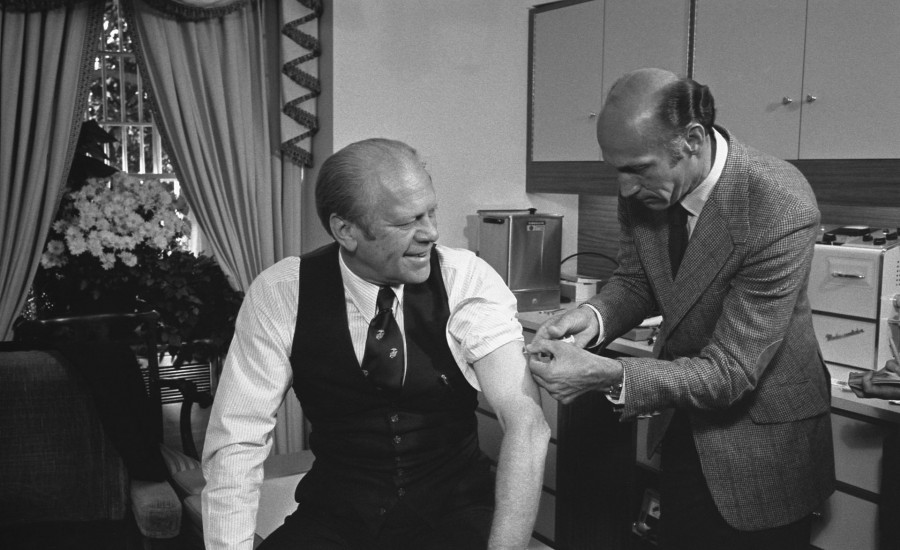