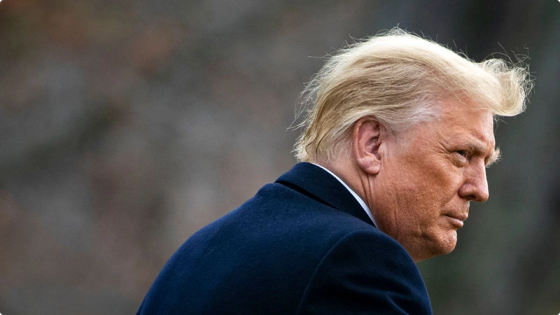 President Donald Trump signed the Holding Foreign Companies Accountable Act on Friday in an effort to prohibit foreign companies from being on the US stock exchange.

The act “requires certain issuers of securities to establish that they are not owned or controlled by a foreign government.” In order to establish this, the companies will have to cooperate with audits by the U.S. Public Accounting Oversight Board.
If the board can’t “inspect the issuer’s public accounting firm for three consecutive years, the issuer’s securities are banned from trade on a national exchange or through other methods,” according to the Congress website.
“Foreign issuers of securities that use such a firm to prepare an audit report must disclose for each non-inspection year

Owen reveals why Trump must help Americans be independent from Big Government.
Chairman of the US Securities and Exchange Commission Jay Clayton issued a statement following the enactment of the new law.
Over the last several years, my colleagues and I have taken a number of actions to bring greater attention to, and to further address, the various risks associated with investing in emerging markets, including China.[1]  Additionally, as part of the President’s Working Group on Financial Markets, I supported the July 2020 release of the Report on Protecting United States Investors from Significant Risks from Chinese Companies (“PWG Report”).[2]
This comes as the recently hacked SolarWinds board of directors’ ties to Chinese companies make way to public view, as National File reported.
SolarWinds director Seth Boro, a man who was instrumental in starting the private equity firm known as Thoma Bravo, “currently serves on the board of directors of several software and technology service companies in which certain investment funds advised by Thoma Bravo hold an investment,” according to his biography on the SolarWinds website.
In 2019, Thoma Bravo bought JD Power for $1.88 billion from XIO Group, a mysterious Chinese company based in Hong Kong.
Furthermore, National File reported that another SolarWinds board director had “led the establishment” of a $75 billion investment firm into China.

According to his biography on the Silver Lake website, Kenneth Hao “led the establishment of the firm’s offices in China and Japan and led Silver Lake’s investments in Alibaba Group” from 2008-2011.
Silver Lake also notes that “Hao currently serves as a director on the boards” of several companies, including SolarWinds.

The aftermath of the SolarWinds breach has left Americans with national security concerns. Amid the signing of the Holding Foreign Companies Accountable Act, the country awaits the delayed foreign election interference report from DNI John Ratcliffe. As the joint statement reads, the agencies issued an Emergency Directive which instructed federal civilian agencies “to immediately disconnect or power down affected SolarWinds Orion products from their network” due to exploitation from “malicious actors.”