OUT OF MIND » THE INSANITY OF REALITY » GOVERNMENTS & THE NEW WORLD ORDER » Revenge of the Kraken!

Revenge of the Kraken! 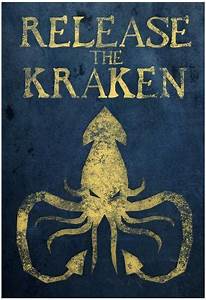 Revenge of the Kraken!

Psychological warfare weapons developed by the US military with US Taxpayer money are currently being used against the American People, as described in Millie Weaver’s film, ‘ShadowGate’.
Now, Millie is back with ‘Revenge of the Kraken!’ the just-released documentary about the 2020 Election.
She says, “You are witnessing an all-or-nothing struggle for the Presidency of the United States. This foreign internal defense sting operation has captured, in real time the biggest criminal conspiracy in American history. The winner will control the fate of history for all time – the stakes couldn’t be higher.”
As Unconventional Warfare/Information Operations/Information Warfare Specialist, Colonel Phil Waldron testified before a select panel of Arizona legislators and the President’s legal team earlier this month:
“The American populace is facing an unconventional warfare scenario. This is information warfare.”
The reason Congress continues to avoid repealing Section 230 of the 1996 Communications Decency Act, is because all members are in the deep pockets of Big Tech, who need social media to have that immunity, in order to continue censoring and performing psychological operations on American Citizens.
***
PARTIAL TRANSCRIPT
“You are witnessing an intelligence operation, a counterintelligence operation and a counter-counterintelligence operation unfold, all with assets, spies and honeypots battling it out, in an all-or-nothing struggle for the Presidency of the United States.
“Military-grade psychological operations have been deployed, along with unsecured electronic voting machines over non-secure networks, in an attempt to manipulate the minds and votes of American Citizens.
“The Fake News and the social media giants are attempting to demoralize and gaslight American voters into believing that Trump lost the election.
“An insurmountable amount of evidence says otherwise.
“This election was part of a pre-meditated coup d’état to overthrow our Constitutional government, to make way for an international Liberal World Order, controlled through Global Governance under Chinese hegemony, aka “The Great Reset”.
“We, as a nation are caught in the middle of Domestic Irregular Warfare, with both cyber and kinetic capabilities, where the Trump administration is waging the biggest foreign defense operation in US history.
“We need to snap out of this induced trance and turn this ship around.
“Rest assured, the Trump administration isn’t going anywhere soon but you can’t just sit there, either. We need to act now.
“There are several remedies in play. We will win but it requires you pay close attention and that you are willing to take appropriate, Constitutionally-permissable actions. We need to pound the phones. Get a hold of your state legislature.
CALL YOUR HOUSE REPRESENTATIVES: (202) 225-3121 • CALL YOUR SENATE REPRESENTATIVES: (202) 224-3121
“Demand they acknowledge the widespread fraud and get behind President Trump. And exercise the remedies afforded to us via the 12th Amendment.
“There’s a very important link below…Read it. Share it. Take this situation by the horns and follow through:
https://docs.google.com/presentation/d/12M-dkEFlvTq1ckTugemuZ4xgRyFIcC57iKHvRAGHbpU/edit#slide=id.gb15f869f7e_4558_39
“The last thing you want is to explain is your inaction.”

OUT OF MIND » THE INSANITY OF REALITY » GOVERNMENTS & THE NEW WORLD ORDER » Revenge of the Kraken!