OUT OF MIND » CONSPIRACY THEORIES & ENDURING MYSTERIES » CONSPIRACY & FALSE FLAG EVENTS: PAST & PRESENT » Girlfriend Of Nashville Bomber Warned Cops About Explosives In RV A Year Ago

Girlfriend Of Nashville Bomber Warned Cops About Explosives In RV A Year Ago Thu Dec 31, 2020 5:01 pm 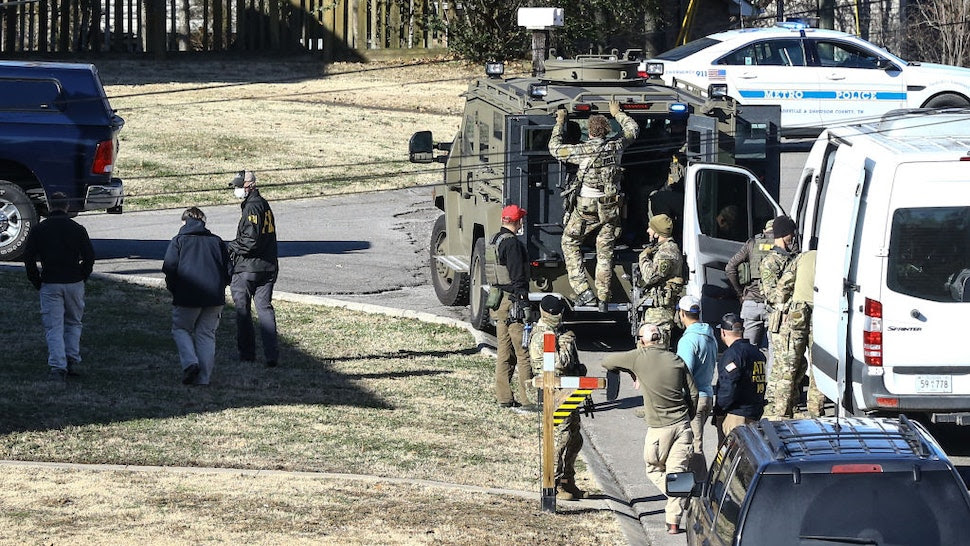 Source: Emily Zanotti
The man who detonated an RV full of explosives in downtown Nashville, Tennessee, on Christmas morning may have been plotting his suicide bombing for more than a year, according to a new report by the Tennessean, which notes that his girlfriend alerted authorities to possible bomb-making last year.
“Sixteen months before [the bomber’s] RV exploded in downtown Nashville on Christmas morning, officers visited his home in Antioch after his girlfriend reported that he was making bombs in the vehicle,” the outlet notes based on documents obtained in a Freedom of Information Act request.
The documents, which include a Nashville Metropolitan Police report, seem to show that both the Tennessee Bureau of Investigation and the Federal Bureau of Investigation were notified that the bomber was working with explosive materials and may have been trying to wire a bomb his RV trailer.
He also reportedly made threats consistent with the plan he eventually carried out, but neither city, state, nor federal authorities took action.
“On Aug. 21, 2019, the girlfriend told Nashville police that [the bomber] “was building bombs in the RV trailer at his residence,” the report states, per the Tennessean. “Nashville police then forwarded the information to the FBI,” the outlet adds.
Nashville police eventually visited the woman’s home after they “were called by the woman’s attorney, Raymond Throckmorton III, who was concerned about comments she had made. When they arrived, they found her sitting on the porch with two unloaded guns nearby.”
The guns belonged to the man who would eventually become the bomber and his then-girlfriend asked police to confiscate them. Her lawyer reportedly told the cops that the man “frequently talks about the military and bomb-making,” and the woman confirmed to authorities that the man “knows what he is doing and is capable of making a bomb.”
“According to the police report and Throckmorton, the woman was experiencing a mental health crisis at the time. Officers called their mobile crisis division, and after talking with the woman, she agreed to be transported by ambulance for a psychological evaluation,” the Tennessean notes.
Officers eventually paid a visit to the bomber’s home, and could see the RV, but did not have enough evidence to search either the home or the trailer. They passed what little information they had on to the TBI and FBI but checks on the bomber’s name came up clear, so authorities dropped the case.
Nashville police also said they asked Throckmorton to intervene for them and ask the bomber to allow law enforcement on his property and Throckmorton refused. The lawyer, speaking to local media, seemed to accuse the Nashville police of shifting blame.
In a statement this week, the TBI said that the bomber, whom they claim was more interested in destruction than death, was “not on our radar” and that they had no prior knowledge of his plans or his bomb-making efforts.
Three people were injured in the Christmas morning attack and dozens of businesses were damaged or destroyed. Although the FBI has identified the bomber, who they say died in the blast, they have yet to settle on a motive. They are reportedly exploring several possibilities, including that the bomber was motivated by conspiracy theories about 5G cellular networks.

OUT OF MIND » CONSPIRACY THEORIES & ENDURING MYSTERIES » CONSPIRACY & FALSE FLAG EVENTS: PAST & PRESENT » Girlfriend Of Nashville Bomber Warned Cops About Explosives In RV A Year Ago