OUT OF MIND » THE INSANITY OF REALITY » GOVERNMENT & THE NEW WORLD ORDER » Over The Past Week, 5 Republican Lawmakers Have Suddenly Died

Over The Past Week, 5 Republican Lawmakers Have Suddenly Died 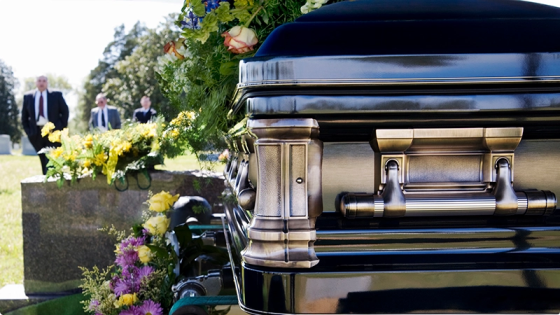 Source: Michael Snyder | End Of The American Dream
Have you noticed that quite a few prominent Republicans have been dropping dead lately?
At a time of the year when most people are at home celebrating the holidays with their families, Republican lawmakers have been dying one after another.
Of course important people die all the time, but to have this many Republican politicians die so closely to one another is definitely unusual.
I believe that 2021 is going to be a very strange year, and it has definitely gotten off to a very strange start.
As the days move forward, let’s watch and see if the pattern continues and more Republicans suddenly pass away.  For now, these are the deaths that we know about so far…
On January 1st, the death of Virginia State Senator Ben Chafin Jr. made headlines all over the country…

Virginia state Sen. Ben Chafin Jr. has died after contracting Covid-19, according to a statement from his office. He was 60 years old.
“State Senator Augustus Benton (Ben) Chafin, Jr., a native son of Russell County located in Southwest Virginia, passed away on January 1, 2021 from Covid-19 complications,” the statement said.

A state lawmaker who was elected to serve as the Pennsylvania House Republican Caucus chairman in the 2020-21 session has died, the House GOP leader said Saturday.
Rep. Mike Reese, R-Westmoreland/Somerset, “died peacefully with his family by his side Saturday afternoon at Excela Health Westmoreland Hospital in Greensburg following an apparent brain aneurysm,” Rep. Kerry Benninghoff, the Majority Leader, said in a statement also posted on Reese’s official House website and his Facebook page.

Reese was only 42 years old, and he was one of the most important members of the Pennsylvania General Assembly.  Needless to say, a lot of pressure was being put on him from both sides because of the hotly contested election results in his state.
Also on January 2nd, a former state representative in Connecticut suddenly passed away…

Dick Foley, a former state representative from Oxford who served as chairman of the Connecticut Republican Party and was an adviser to several governors and would-be governors, died Saturday at his home.
Although he had health problems at times through the years, Foley’s death at age 71 stunned his friends and colleagues in state politics.

That makes three deaths in just two days to start 2021.
Of course there were some very noteworthy deaths at the end of 2020 as well.
On December 29th, congressman-elect Luke Letlow of Louisiana died as a result of “complications” from COVID-19.  The following comes from NBC News…

A congressman-elect from Louisiana died Tuesday evening from complications of Covid-19 days before he was set to be sworn into office, his spokesman announced. He was 41.
Luke Letlow, a Republican, was elected to represent Louisiana’s 5th Congressional District in a runoff this month.

Letlow was a strong supporter of President Trump and even appeared with him in a campaign video.
On December 28th, a former state senator in Mississippi named Nolan Mettetal died “due to COVID-19”…

Nolan Mettetal, a longtime former state senator and representative and higher education leader at the Capitol, died Monday due to COVID-19. He was 75.
Mettetal, a Republican from Sardis, “provided leadership for over 2 decades not only on policy, but also on personal character/statesmanship,” Lt. Gov. Delbert Hosemann said in a statement.

Is there a connection between any of these deaths?
I have no idea.
Some will say that these deaths are an indication that the pandemic is worsening, but not all of the deaths above were attributed to COVID-19.
Considering how tense the political environment in this country is right now, I think that it is worth watching to see if more prominent Republicans suddenly drop dead in the days to come.
On January 6th, vast crowds of protesters are expected in Washington D.C. as Congress gathers to count the electoral votes.  Numerous Republicans in the House and the Senate have already announced that they will be challenging those results in several of the most critical swing states.
In anticipation of the protests, stores in the heart of Washington are being boarded up and lots of signs have been posted warning protesters that firearms are prohibited.
Nobody is sure exactly how many protesters are going to show up, but at this point authorities in D.C. are bracing for one of the biggest protest days in the history of the city.
Needless to say, having so many Trump supporters in one area will be a magnet for all of the radical groups on the far left, and on The Most Important News I documented numerous violent attacks against Trump supporters during past protests.
And the day before the protests, voters in Georgia will go to the polls to determine which party ends up in control of the U.S. Senate.
Those results could heighten tensions even more, and the potential for lots of chaos is definitely there.
This is the most divided our nation has been in modern American history, and for a very long time I have been warning about the tremendous civil unrest that is now here.
The left does not want to “get along” with the right, and the right does not want to “get along” with the left.  Instead, both sides hate one another with a passion, and that is going to continue to be the case for the foreseeable future.
But as I have discussed previously, a house divided cannot stand, and America’s days are surely numbered.
When our nation was founded, a single set of values and principles united us.  Sadly, today we have completely abandoned those values and principles.
Now our nation is filled with tremendous hatred, and deeply hating one another is a recipe for national suicide.

OUT OF MIND » THE INSANITY OF REALITY » GOVERNMENT & THE NEW WORLD ORDER » Over The Past Week, 5 Republican Lawmakers Have Suddenly Died