Océane only knew UFOs from movies and certainly didn’t believe in them. That changed on November 18, 2015, however, when she filmed strange lights over Lausanne, Switzerland from her balcony.

When she entered her kitchen that morning in the pre-dawn hours to make herself a cup of coffee, she realized she couldn’t see the neighbor’s house through the balcony door. “I was perplexed,” she says. “So I went out to see.” Beyond her balcony was a “pink cloud.”

“I could see the church, but not the house directly in front of me. The cloud rose and shifted toward the church steeple. Then I saw these white balls of light. They were spinning like a carousel in the cloud,” she recounts in her apartment in a suburb of Lausanne, a historic city on the shores of Lake Geneva. Océane is a pseudonym; the woman, who is between 50 and 60 years old and whose identity is known to this reporter, wishes to remain anonymous for fear of being ridiculed in her community as a “UFO lunatic.”

Nevertheless, she can back up her statements: She took several photos, as well as a video, showing the pinkish mist and the lights. The flying balls circle in the sky, rise in the air, and contract again. The strange spectacle lasts for several minutes.
“Then there were the small lights,” adds Océane. In the video, you can see bright dots swirling around the frame. “They made a soft sound when they hit the shutters, like the flapping of a bird’s wings. As they did so, they left behind a whitish liquid that looked a little like milk.” 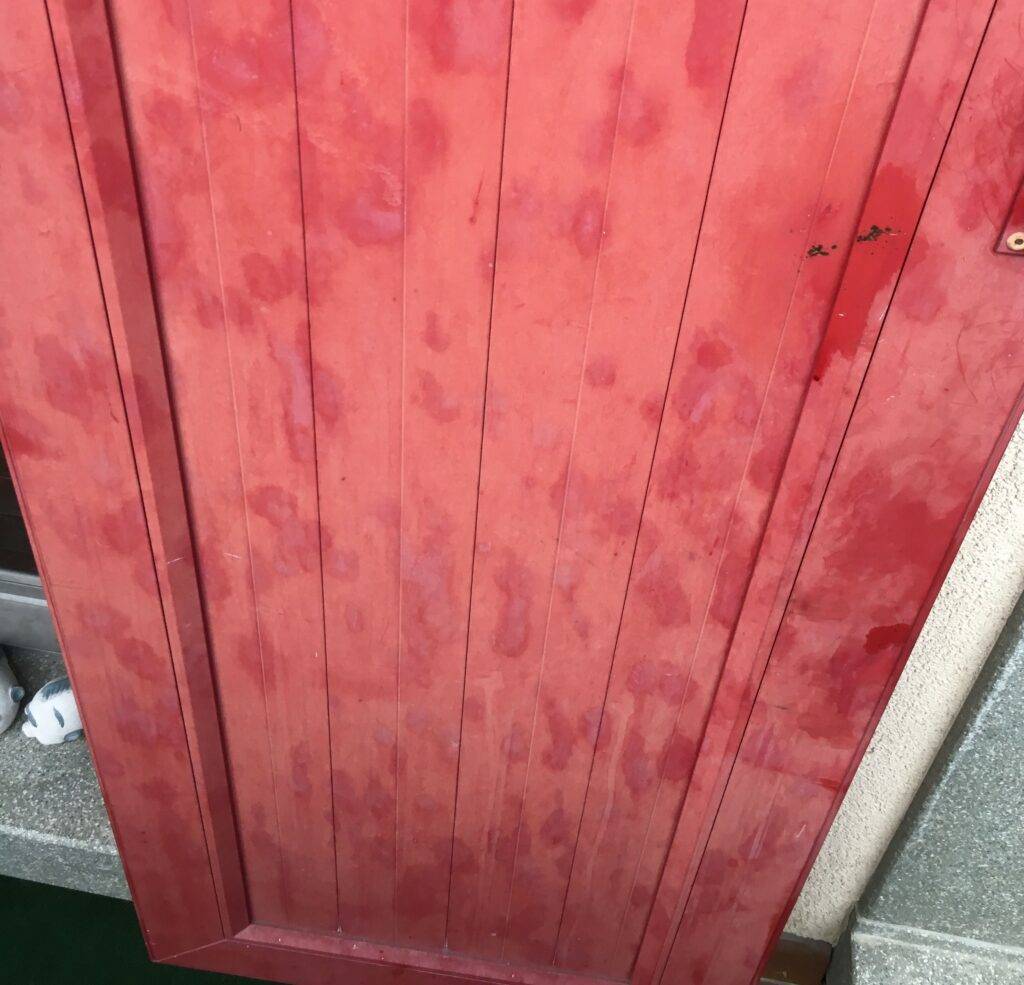 Océane is left perplexed. And the sighting has not only disturbed her psychologically—she reports physical complaints as well, such as nosebleeds and bloodshot eyes. She goes to the doctor and has eye drops prescribed. “I was scared because I thought: If this leaves traces, will I get a disease?”
She browses the Internet for answers. Her roundabout journey brings her to Bruno Mancusi, a longtime UFO researcher from their region, Vaud. “It’s certainly the most interesting UFO sighting in Switzerland in recent decades,” Mancusi says. The researcher interviews Océane, and together they decide to call in the scientific community.

Rebuffed by the public sector

But science generally has a hard time with UFOs. Most scientists hold that there is nothing more than psychology behind them, that sightings are hallucinations, the result of confusion, or simply tall tales. This rejection of the phenomenon is greatest among the natural scientists, which is not surprising since verifiable physical traces that would prove the existence of flying objects from strange worlds do not yet exist.
For the discipline of science, UFOs are just not tangible enough. “Anyone who takes a closer look quickly realizes that the phenomenon is very complex,” says Bruno Mancusi.
There is probably not a single explanation for all the observations.” Incidentally, the UFO researcher does not believe that the eerie flying objects have an extraterrestrial origin. “There are too many sightings for that. It would mean that our planet is one galactic tourist attraction!”

Océane gets small containers and cotton swabs and takes samples of the residue the little balls of light left on the shutters and on a display case in the living room. Mancusi, who works professionally as a laboratory technician, emails the University of Lausanne, the Swiss Federal Institute of Technology in Lausanne (EPFL), and the environmental office of the western canton of Vaud.
But the parties he consulted declined to take a closer look at the traces. “They said this was the job of private laboratories. I understand their reaction, but I don’t like it. After all, this is something potentially novel that could be exciting for science,” he says.

Visit from a UFO pioneer

The search for interested scientists then expands outside of Switzerland. Mancusi learns of a study in the United States for which a certain Jacques Vallée is seeking samples. Vallée is a French-born astronomer and pioneer of UFO research who has lived in the U.S. for many years. “I contacted him because I had learned that he was looking for trace material from UFOs for laboratory studies,” Mancusi says. “He showed interest. So in March 2018, I went to Paris to give him the containers with the residue.”
Vallée took the samples back to California. “Some time later, he told me that he would like to meet Océane to learn more about the circumstances,” Mancusi reports. “So he came to Lausanne in September 2018.”

“Jacques came on a Saturday and went back to Paris the following Sunday,” Océane says, showing photos of the meeting. “He was sitting here on the couch, looking at the video and the photos. I told him everything in detail; he took a lot of notes. It was nice to see someone so familiar with this phenomenon take it seriously.”

Vallée has been investigating UFOs since the 1950s and has written several well-known books on the subject. Now 82, his attitude has long set him apart from many of his UFO colleagues: He preaches openness to the data acquired and skepticism in interpreting the phenomenon.
The Debrief reached out to Dr. Vallée for comment on our publication of this article. He said of this case, “In my opinion, there is no doubt the reports are sincere, and at this point I do not have a natural explanation for what took place.” However, he did note that “the case in Lausanne needs another site visit: just analyzing the residue may not tell us whether or not the phenomenon was man-made.”

The world of isotopes

According to Vallée, flying objects do leave physical traces every now and then. He distinguishes between structural parts, which come from alleged crash sites; material ejections and residues, as in Océane’s case; and particles and “implants,” which witnesses find on or in their bodies after sightings.
The ufologist wants clarity. As a tech investor who has funded a number of startups, he has access to the best labs in Silicon Valley. In his studies, he looks at isotopes, variants of a chemical element whose nuclei contain the same number of protons but different numbers of neutrons. Some isotopes occur naturally on Earth, while others exist only in space or can be produced exclusively in laboratories. By studying UFO debris using mass spectrometers, Vallée hopes to identify isotopes or even elements that are new to Earth.

The Nolan Laboratory at Stanford University—named for Garry Nolan, a world leader in genetics, immunology and bioinformatics—is involved in Vallée’s research. While Nolan’s work is primarily in established research fields, he has also been involved in frontier science for decades. He is particularly interested in medical findings related to UFO sightings.
Both Nolan and Vallée, when asked, are cagey about news on the work. Nolan declined by email to be interviewed, saying the Covid-19 pandemic had “shifted his priorities.” In addition, he said, his experience has taught him that, “with UFO issues, you should not go public until the work is completed and clear facts are available.”
Vallée confirms, also by email, that the Lausanne samples are part of the study, but currently there are technological hurdles standing the way of getting consistent and meaningful results.
When contacted by The Debrief about the issue, Vallée explained, “My reason for not jumping into the current debates about retrieved materials from UFO events is simply that premature publicity about specific cases precludes serious attention from scientists and eventual publication in reviewed journals.”

Thanks to Phillip for the forward and: https://thedebrief.org