OUT OF MIND » THE INSANITY OF REALITY » GOVERNMENTS & THE NEW WORLD ORDER » Psyops Anyone?


“He shouldn’t just be impeached or removed from office. He should be in jail.”byJake Johnson, staff writer

Protesters gather inside the U.S. Capitol Building on January 6, 2021 in Washington, D.C. (Photo: Win McNamee/Getty Images)
Demands that President Donald Trump be fully held to account for inciting the fascist mob that rampaged through the U.S. Capitol Building proliferated Wednesday as all hell broke loose in Washington, D.C., with members of Congress and journalists forced to seek shelter as the lame-duck incumbent’s supporters shattered windows and clashed with law enforcement.

“Arrest the president,” tweeted New York Times columnist Jamelle Bouie. “I’m not joking. He incited a riot to try to sack the Congress and install himself in office. Our laws mean nothing if he can continue to live a free man.”
Progressive activist Kai Newkirk echoed Bouie, declaring that “Trump must be impeached, removed from office immediately, and arrested.”
“Enough,” said Newkirk. “The Constitutionally-mandated course of our presidential election has been disrupted by a violent insurgency directly incited by a sitting president.”

He should be impeached and removed from office tomorrow.
— Chris Hayes (@chrislhayes) January 6, 2021

The breach of the Capitol Building by Trump supporters came after the president delivered a characteristically deranged speech near the White House, falsely claiming that the election was stolen and vowing to “never concede.”
It’s Going Down RetweetedRevolutionary Abolitionist Movement@RevAbolition·1hAntifascism was the first line of defense against far right, fascist scum. If you give them an inch this is always the result. The conflict is here and people will ignore it at their peril. Its our revolutionary movement against this racist scourge. #DeathToFascism#Coup
Following the president’s remarks, his backers proceeded to march en masse to the Capitol and eventually stormed the building. After his fans began wreaking havoc, Trump tweeted,  “Please support our Capitol Police and Law Enforcement. They are truly on the side of our Country. Stay peaceful!”

Robert Evans (The Only Robert Evans)@IwriteOK·10mCNN is calling the insurgents “anarchists”. Actual anarchists were shot and beaten by police all 2020 for crimes like “shoving a fence“.
Today is NOT my Birthday@KanyeDropDonda_Replying to @desusnice and @RapChats_MAGA supporters road to a Mickey Mouse capitol invasion- light security – No national guard – police are on their side – congress evacuated before they came in And I’m muting this conversation 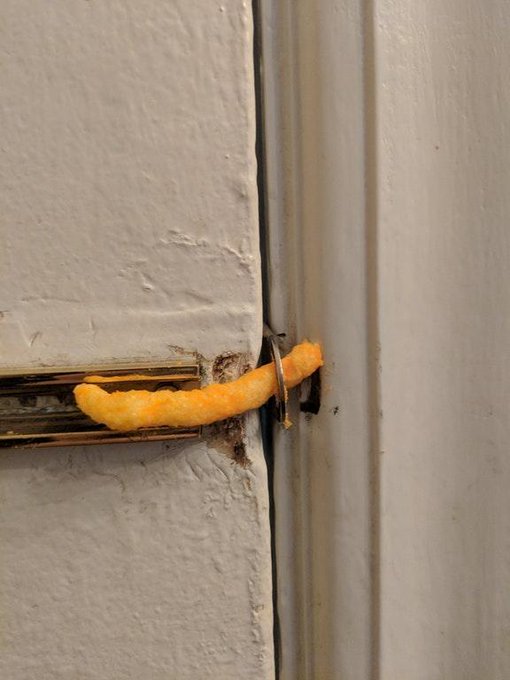 “Donald Trump is responsible for the coup that is unfolding at the Capitol,” said Sen. Ed Markey (D-Mass.). “He is a fascist and a direct threat to our country.”
Desus Nice@desusnice·2h live view of the capitol police Security measures

The mob of Trump supporters forced Congress to pause the process of officially certifying President-elect Joe Biden’s victory as the Capitol was locked down and lawmakers were ordered to seek shelter.

“Trump called on his supporters to march to U.S. Capitol,” tweeted Ari Berman of Mother Jones. “He shouldn’t just be impeached or removed from office. He should be in jail.”
Jamie Henn@jamieclimate·2hThere was a bigger police presence at the capitol to stop Jane Fonda from sitting in about climate change. 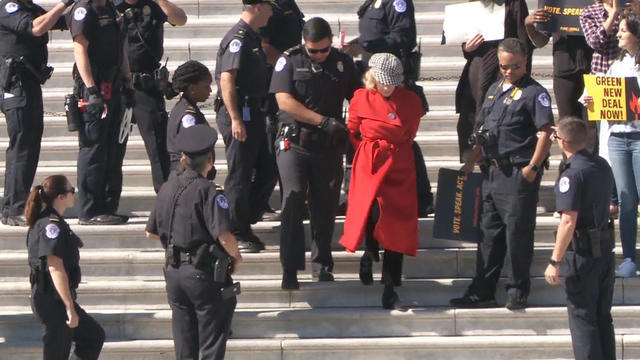 Billy Bragg@billybragg·19m Is this the first time in history that a angry mob have stormed the seat of government to PREVENT regime change? 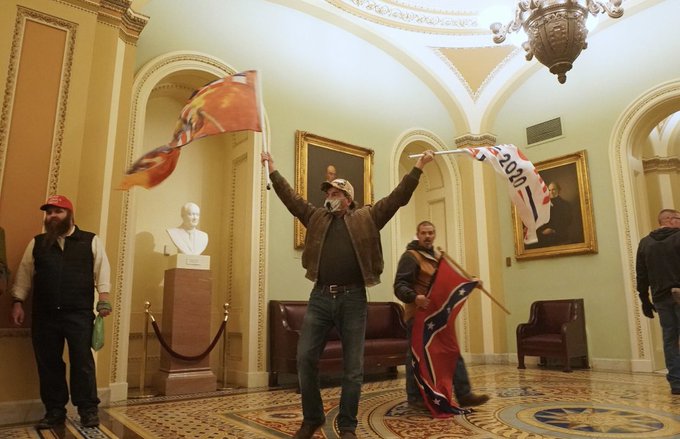 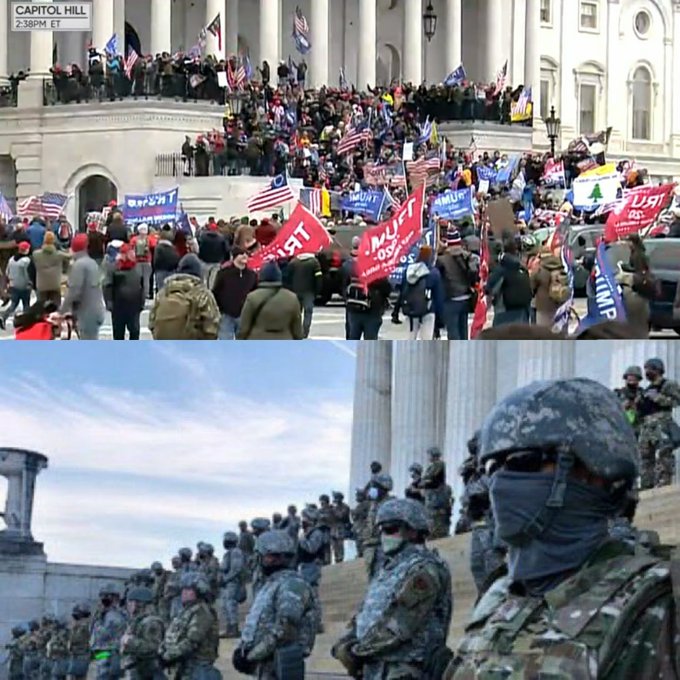 police security at Black Lives Demo (below) was a very different story!.

OUT OF MIND » THE INSANITY OF REALITY » GOVERNMENTS & THE NEW WORLD ORDER » Psyops Anyone?