OUT OF MIND » THE INSANITY OF REALITY » GOVERNMENT & THE NEW WORLD ORDER » What To Expect In 2021: Madness, Mayhem, Manipulation And More Tyranny

What To Expect In 2021: Madness, Mayhem, Manipulation And More Tyranny 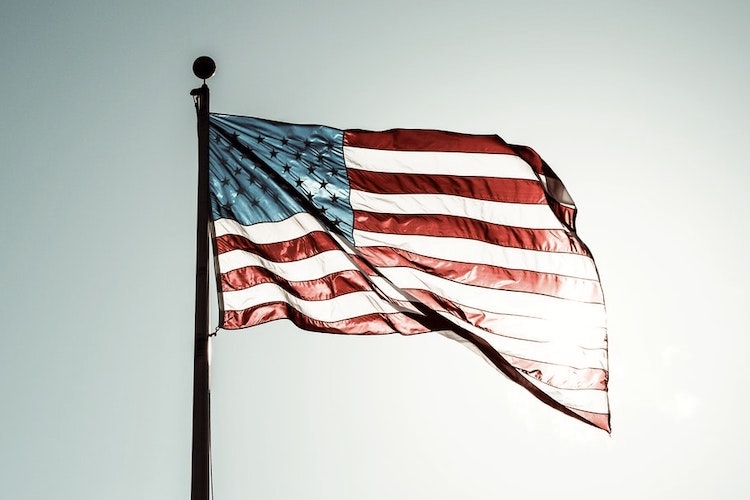 “Twelve voices were shouting in anger, and they were all alike. No question, now, what had happened to the faces of the pigs. The creatures outside looked from pig to man, and from man to pig, and from pig to man again; but already it was impossible to say which was which.”―George Orwell, Animal Farm

What should we expect in 2021?
So far, it looks like this year is going to be plagued by more of the same brand of madness, mayhem, manipulation and tyranny that dominated 2020.
Frankly, I’m sick of it: the hypocrisy, the double standards, the delusional belief by Americans at every point along the political spectrum that politics and politicians are the answer to what ails the country, when for most of our nation’s history, politics and politicians have been the cause of our woes.
Consider: for years now, Americans, with sheeplike placidity, have tolerated all manner of injustices and abuses meted out upon them by the government (police shootings of unarmed individuals, brutality, corruption, graft, outright theft, occupations and invasions of their homes by militarized police, roadside strip searches, profit-driven incarcerations, profit-driven wars, egregious surveillance, taxation without any real representation, a nanny state that dictates every aspect of their lives, lockdowns, overcriminalization, etc.) without ever saying “enough is enough.”
Only now do Americans seem righteously indignant enough to mobilize and get active, and for what purpose? Politics. They’re ready to go to the mat over which corporate puppet will get the honor to serve as the smiling face on the pig for the next four years.
Talk about delusion.
It’s so ludicrous as to be Kafkaesque.
A perfect example of how farcical, topsy-turvy, and downright perverse life has become in the America: while President Trump doles out medals of commendation and presidential pardons to political cronies who have done little to nothing to advance the cause of freedom, Julian Assange rots in prison for daring to blow the whistle on the U.S. government’s war crimes
You’d think that Americans would be outraged over such abject pandering to the very swamp that Trump pledged to drain, but that’s not what has the Right and the Left so worked up. No, they’re still arguing over whether dead men voted in the last presidential election.
Either way, no matter which candidate lost to the other, it was always going to be the Deep State that won.
And so you have it: reduced to technicalities, distracted by magician’s con games, and caught up in the manufactured, highly scripted contest over which beauty contestant wears the crown, we have failed to do anything about the world falling apart around us.
Literally.

Our economy—at least as it impacts the vast majority of Americans as opposed to the economic elite—is in a shambles. Our infrastructure is falling apart. Our government has been overtaken by power-hungry predators and parasites. And our ability—and fundamental right—to govern our own lives is being usurped by greedy government operatives who care nothing for our lives or our freedoms.
Our ship of state is being transformed into a ship of fools.
We stand utterly defenseless in the face of a technological revolution brought about by artificial intelligence and wall-to-wall surveillance that is re-orienting the world as we know it. Despite the mounting high-tech encroachments on our rights, we have been afforded a paltry amount of legislative and judicial protections. Indeed, Corporate America has more rights than we do.
We stand utterly powerless in the face of government bureaucrats and elected officials who dance to the tune of corporate overlords and do what they want, when they want, with whomever they want at taxpayer expense, with no thought or concern for the plight of those they are supposed to represent. To this power elite, “we the people” are good for only two things: our tax dollars and our votes. In other words, they just want our money.
We stand utterly helpless in the face of government violence that is meted out, both at home and abroad. Indeed, the systemic violence being perpetrated by agents of the government—inflicted on unarmed individuals by battlefield-trained SWAT teams, militarized police, and bureaucratic government agents trained to shoot first and ask questions later—has done more collective harm to the American people and their liberties than any single act of terror or mass shooting.
We stand utterly silenced in the face of government and corporate censors and a cancel culture that, in their quest to not offend certain viewpoints, are all too willing to eradicate views that do not conform. In this way, political correctness has given way to a more insidious form of group think and mob rule.
We stand utterly locked down in the face of COVID-19 mandates, restrictions, travel bans and penalties that are acclimating the populace to unquestioningly accede to the government’s dictates, whatever they might be (as long as they are issued in the name of national security), no matter how extreme or unreasonable.
We stand utterly intimidated in the face of red flag laws, terrorism watch lists, contact tracing programs, zero tolerance policies, and all other manner of police state tactics that aim to keep us fearful and compliant.

We stand utterly indoctrinated in the collective belief that the government—despite its longstanding pattern and practice of corruption, collusion, dysfunction, immorality and incompetence—somehow represents “we the people.”
Despite all of this, despite how evident it is that we are mere tools to be used and abused and manipulated for the power elite’s own diabolical purposes, we somehow fail to see their machinations for what they truly are: thinly veiled attempts to overthrow our republic and enslave the citizenry in order to expand their power and wealth.
It is a grim outlook for a new year, but it is not completely hopeless.
If hope is to be found, it will be found with those of us who do not rely on politicians that promise to fix what is wrong but instead do their part, at their local levels, to right the wrongs and fix what is broken. I am referring to the builders, the thinkers, the helpers, the healers, the educators, the creators, the artists, the activists, the technicians, the food gatherers and distributors, and every other person who does their part to build up rather than destroy.
As I make clear in my book Battlefield America: The War on the American People, “we the people” are the hope for a better year. Not Trump. Not Biden. And not the architects and enablers of the American Police State.
Until we can own that truth, until we can forge our own path back to a world in which freedom means something again, we’re going to be stuck in this wormhole of populist anger, petty politics and destruction that is pitting us one against the other.
In that scenario, no one wins.
There’s a meme circulating on social media that goes like this:

If you catch 100 red fire ants as well as 100 large black ants, and put them in a jar, at first, nothing will happen. However, if you violently shake the jar and dump them back on the ground the ants will fight until they eventually kill each other. The thing is, the red ants think the black ants are the enemy and vice versa, when in reality, the real enemy is the person who shook the jar. This is exactly what’s happening in society today. Liberal vs. Conservative. Black vs. White. Pro Mask vs. Anti Mask. The real question we need to be asking ourselves is who’s shaking the jar … and why?

Whether red ants will really fight black ants to the death is a question for the biologists, but it’s an apt analogy of what’s playing out before us on the political scene and a chilling lesson in social engineering. So before you get too caught up in the circus politics and conveniently timed spectacles that keep us distracted from focusing too closely on the government’s power grabs, first ask yourself: who’s really shaking the jar?
About the Author
Constitutional attorney and author John W. Whitehead is founder and president of The Rutherford Institute, where this article (What To Expect In 2021: Madness, Mayhem, Manipulation And More Tyranny) was originally published. He is the author of A Government of Wolves: The Emerging American Police State and The Change Manifesto.

OUT OF MIND » THE INSANITY OF REALITY » GOVERNMENT & THE NEW WORLD ORDER » What To Expect In 2021: Madness, Mayhem, Manipulation And More Tyranny