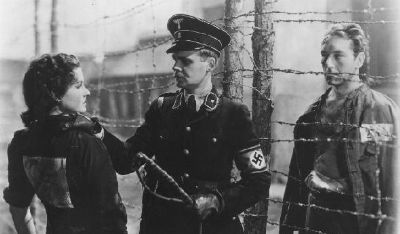 I never called police pigs before, but more and more of them seem to be these days. These are the enforcers of the new fascist regime. This family had their home invaded under suspicion of having non-household members around. The police acted like thugs. To stop this we MUST organise our own local (unarmed) militia, all create a Telegram group sothat, if one family home gets invaded, just message the group and the other group members can come to the house to ensure that the police don't exceed their authority.

No one is allowed to put their hands on a police officer. No one!

Admin
Posts : 107495
Join date : 2012-01-04
Location : Woodstock Nation
bullshit... they were told to leave
we don't know the back story but clearly those people, with terrified kids watching, were man handled.

Posts : 1417
Join date : 2014-01-03
Location : England
There is growing a number of claims that these goons are not police. The claims have substance when videos show middle aged seriously overweight aggressive primates that have been shaved and given a uniform, being unable to catch a man running away from them at a speed police of the same age as the running man could match.

The claims also state these goons are not police at all but low intellect aggressive thugs who crave power over others. The allegation that they are employed by GS4 would add substance to the claim. If they were armed with more than a taser there would be a spate of killings.

The claim blair started this descent  is completely believable

Admin
Posts : 107495
Join date : 2012-01-04
Location : Woodstock Nation
ummm... no I clearly said we do NOT know the backstory. I never implied they were not "real" enforcement. I did though add the word "Gestapo" to the title because that was my take on it. You can clearly hear the woman say "Get out of my house". Clearly heard the kid(s) screaming and scared. Seriously WTF?
Now I do not live in Scotland and I know every country has their own rules... but here if you do not have a warrant you can't come in.
But this somehow bothers you Anenro. If you are an officer or if you have inside info I would love to know.

Admin
Posts : 107495
Join date : 2012-01-04
Location : Woodstock Nation
bs4ever do warrants need to be presented to have entry in a private citizens home where you are? Do you know what the law is in Scotland?

As far as I know there are certain criteria for forced entry to a private home but.....this would be for a high level offence such as but not limited to imminent reason to stop an act of terrorism or atrocity, threatening the life of the Monarch and or heirs, serious domestic violence, abuse of the vulnerable etc.

Most visits by plod other than doorstep waffle relate to informing relatives of a death/accident/injury, returning a wayward youth and asking "does this belong to you" firearms offocer inspecting security etc

Blair muddied the waters years back by making traffic wardens enforcement officers, David Icke reports they have special undefined powers including entering a property should police be involved in bigger nastiness going on at some undisclosed future date.

Common law and European law were both practiced here as was/is Imperial weights and measurements alongside metric.

European law is a alien to common law is so much as common law says everything is allowed unless expressly forbidden (not for biden though).

So the short answer is I am not entirely clear about forced entry and aggression if allowed entry by resident without showing a warrant as courts tend to side with the plod. All appearances of plod with a warrant by it's nature allow entry to detain suspect or search premises.7

So you are saying you will take wording out of context, turn it to create a diversion from any points raised into a right wrong argument

Are you the current speaker of the US house of representatives?

Are you the current speaker of the US house of representatives?


I rather keep my answer to his comical question to myself.

Police Scotland Fascists Enter Home After Claim From Stasi Neighbour Of ‘Covid’ Rules Breach And Physically Attack The Family When In Fact Their Seriously Ill Daughter Had Just Come Home From Hospital. These Face-Nappy Morons Then Charge The Family With Assaulting THEM

Yes People, Are You Awake Yet?? This has Nothing To Do With Health, And Everything To Do With Destroying The Global Economy In Order To Usher In An Orwellian One World Government Tyranny! Covid Clearly Does Not Exist (See Breaking News: Authorities Forced To Admit That SarsCov2 (‘Covid-19’) Does Not Exist https://wp.me/p19seq-946

Link To Video Below.

Wearing a mask causes hypoxia, irreparable brain damage, the myelin sheath of the brain is destroyed. If worn for extended periods lung cancer develops. And this is how you can expect your face to look. Rebreathing your carbon dioxide is lethal to the body. Again, ARE YOU AWAKE YET??

Posts : 1417
Join date : 2014-01-03
Location : England
I have been told plod and such like were to be instructed to knock doors to see if people were wearing masks at home, in certain parts that would be a very silly thing to do

ANENRO wrote:
I rather keep my answer to his comical question to myself.

Aww go on, you know you want to...you teasy little minx you

» Scottish police left baffled by mystery symbols
» EMFs & RFs Constantly Invade Your Home Inflicting DNA Damage, But There Is Something You Can Do To Mitigate That
» The FBI’s Gestapo Tactics: Hallmarks of an Authoritarian Regime
» Shutdown Goes Gestapo: Senior Citizens Roughhoused By Federal Employees At Yellowstone
» HERE COMES THE SPIN CYCLE - Capitol Police Weren’t Watching Live Security Cameras of Pelosi’s Home During Attack