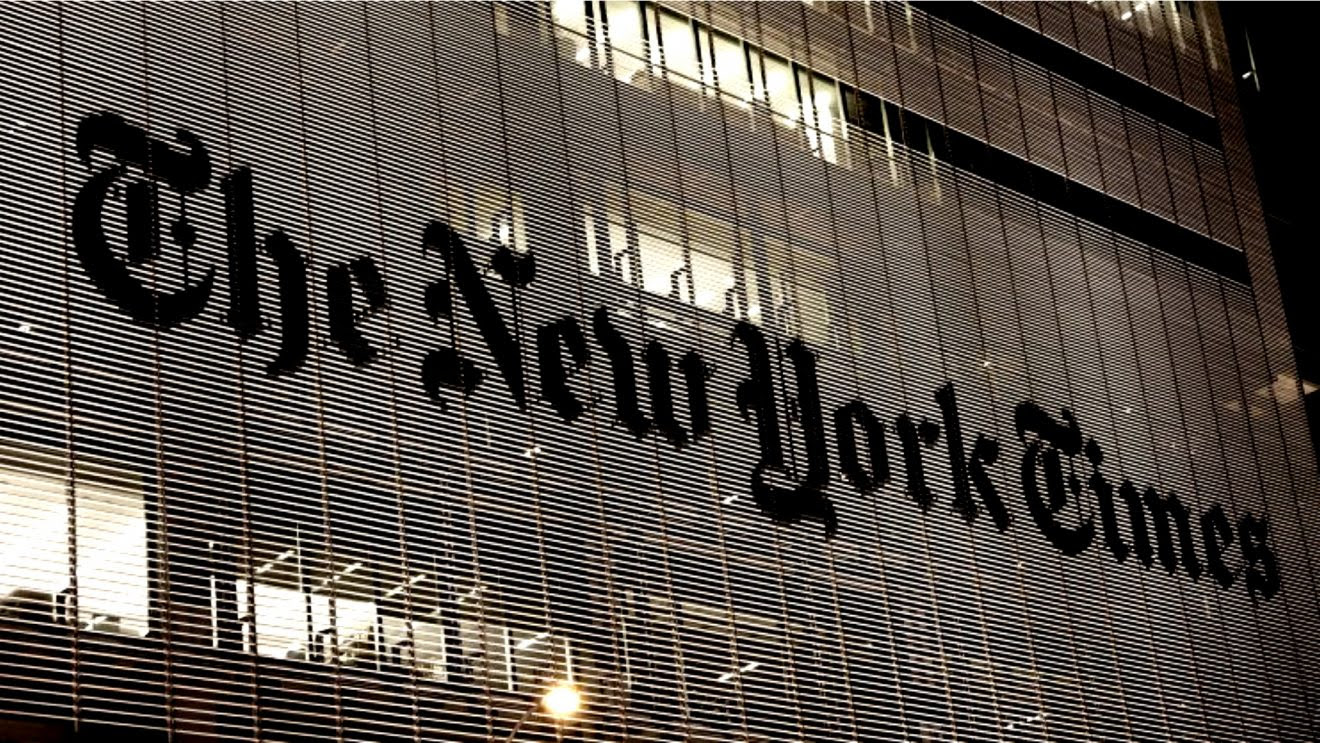 On Dec. 30, 2020, the New York Times published an opinion piece by my niece, Dr. Kerry Meltzer. Although the piece contained factual errors and defamatory accusations, the Times declined to publish my letter to the editor correcting those false claims.
by Robert F. Kennedy, Jr., Children’s Health Defense

The “right of reply” — the opportunity to defend oneself against public criticism in the same venue where that criticism was published — is a constitutional right in some European countries and in Brazil. The BBC’s editorial guidelines state:
“When our output makes allegations of wrongdoing, iniquity or incompetence or lays out a strong and damaging critique of an individual or institution the presumption is that those criticized should be given a “right of reply,” that is, given a fair opportunity to respond to the allegations.”
Even where there is no legal right, respectable journalistic outlets, including the New York Times, have traditionally regarded it as their moral, ethical and professional obligation to publish the replies by people who have been criticized in their pages.
The Times, which claims to encourage the expression of “a diversity of views” on its letters page, formerly extended this courtesy automatically to public figures who suffered criticism in its pages. But the paper draws the line at anyone who questions orthodoxies promoted by the ascending Medical Cartel. The practice of reporting only facts and opinions that comply with  official narratives has long been de rigueur in electronic media outlets dependent on Pharma advertising revenues.
On Saturday, my niece published an error-filled and defamatory article about me on the Times editorial page. I immediately submitted the thoroughly sourced letter below.
Yesterday, the Times let me know that they would decline to print my reply.
Orwellian censorship and the gaslighting of dissent in service to the interests of Big Pharma has more recently become universal in the liberal print and online news sites once presumed to be the antidote to corporate subversion of democracy.
In May 2019, three of my other family members similarly defamed me in a long article in Politico. Politico likewise declined to print my thoroughly sourced reply.
Neither of these long critiques by my family members cite a single example of a factual error by me. Their complaint is that I question official pronouncements about vaccine safety.
It’s a bad omen for democracy when citizens can no longer conduct civil, informed debates about critical policies that impact the vitality of our economy, public health, personal freedoms and constitutional rights. Censorship is violence and this systematic muzzling of debate which proponents justify as a measure to curtail dangerous polarization is actually fueling those divisions.
It is most ironic to me that it is self-identified liberals and liberal journals — once the most energetic first amendment champions — who are most fiercely calling for censorship. It is self-identified human rights advocates who are supporting government policies that trample our constitutional rights. We might recall, at this strange time in our history, my father’s friend, Edward R. Murrow’s warning that: “The right to dissent … is surely fundamental to the existence of a democratic society. That’s the right that went first in every nation that stumbled down the trail to totalitarianism.”
As Murrow predicted, the imposition censorship has masked the systematic demolition of our constitution including attacks on freedom of worship (including abolishing religious exemptions and closing churches), freedom of assembly, private property (the right to operate a business), due process (including the imposition of far reaching restrictions against freedom of movement, education, association with notice and comment rule making) and the 7th amendment right to jury trials (in cases of vaccine injuries caused by corporate negligence).
Those policies are obliterating the middle class, shifting trillions of dollars to billionaires, dismantling all the social programs created by Democrats since the New Deal and sweeping away the obstacles against our country’s dark slide into authoritarian plutocracy anathema to every value of democracy, liberalism and humanity.
Here’s my letter — which the New York Times refused to publish — in response to the op-ed by my niece, Dr. Kerry Meltzer:
Without offering any examples of factual errors, my niece, Dr. Kerry Meltzer, accuses me of spreading “vaccine misinformation,” a term currently applied to any statement that departs from official pronouncements, regardless of its truth.
The term’s traditional definition might encompass Kerry’s claim that the Pfizer-BioNTech vaccine is safe because it caused life threatening anaphylaxis in only 11 of 2.1 million recipients (1/200,000). Rate of adverse events, according to the Centers for Disease Control and Prevention, is 1 in 42 — based on the first week’s distribution of more than 200,000 vaccines, with more than 5,000 reports of individuals incapacitated to the point that they missed work or had to seek medical attention. This outcome is likely to increase, as clinical trials for both Pfizer’s and Moderna’s vaccines suggest that the second shot of the vaccine series leads to far higher injury rates.
Pfizer’s mRNA vaccines use a novel vaccine technology never before used on human subjects. On Sept. 25, I wrote a letter to Dr. Fauci — who Kerry cites as her reliable authority for vaccine safety — warning that the polyethylene glycol (PEG) -coated nanoparticles in the mRNA vaccines were likely to cause anaphylaxis in vulnerable recipients. Dr. Fauci ignored that warning.
FDA now acknowledges that PEG is the probable culprit in the anaphylactic reactions. The COVID pandemic is the third time since Dr. Fauci arrived at National Institutes of Health that the federal government rushed out vaccines for a potential pandemic.
In 1976, 45 million Americans received a vaccine for a disease that didn’t exist, before hundreds of cases of paralyzing Guillain Barre’ syndrome resulted, ending the program.
In 2009, rushed vaccines for swine flu caused seizures in 1/100 Australian children and [url=https://www.sciencemag.org/news/2015/07/why-pandemic-flu-shot-caused-narcolepsy#:~:text=The 2009 H1N1 influenza pandemic,in response to strong emotions]1,300 cases of debilitating narcolepsy in European children[/url] before the program was discontinued. A month earlier, Dr. Fauci appeared on TV to assure the world that the vaccines were safe.
The mRNA vaccines are experimental drugs with potential for long-term harm. It’s only prudent to demand — as I have — proper testing and to treat the claims of interested government and industry officials with appropriate skepticism.