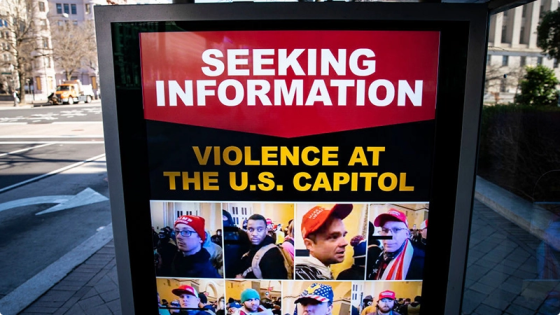 Two US Justice Department officials have gone on record saying President Trump will not be charged with any crimes related to the chaos that descended on the US Capitol Building on January 6, 2021.

Frustrated and angry Trump supporters, by some accounts incited by anarchist and Leftist agitators, descended on the US after being betrayed by Vice President Mike Pence who refused to exercise his constitutional right to move a contested election in the Electoral College to the US House for a vote of delegations.
The Capitol Building and several elected official’s offices – including the Office of the Speaker – were accessed and disrupted during the chaos. The House and Senate floors were also accessed by the aggrieved protesters. Reports have surfaced that laptops have gone missing.
Democrats leaders, led by House Speaker Nancy Pelosi (D-CA), and Senate Minority Leader Chuck Schumer (D-NY), have called for the President’s removal from office with less than two weeks left in his term. https://api.banned.video/embed/5ffa32bcfbe79238d80b9b39
Alex Jones, Roger Stone & Robert Barnes lay out critical must see intel. The corrupt political system is desperate to deliver political kill shot to Trump.
Many Republicans, who benefited in their re-elections from President Trump’s support, have also joined the call for his removal.
But Democrat’s removal efforts have run into a speedbump with news that the Department of Justice will not pursue charges against the President for any of the activity that happened on Capitol Hill on January 6, 2021.
When asked Friday during a conference call with reporters if the DoJ was considering charging any of the speakers at the rally that preceded the destructive chaos at the Capitol Building, a Justice Department official said “We don’t expect any charges of that nature.”
Later, another Justice Department official said the federal investigation is exclusively focused on criminal acts at the Capitol building.

Days earlier, in preparation for the well-publicized rally – a rally that was predicted to have an attendance in the area of close to a million attendees – Washington DC Mayor Muriel Bowser reportedly refused an offer of federal assistance for additional security both at the rally and at the Capitol Building where the Electoral College vote was to be certified during a joint session of Congress.

In hindsight, Bowser’s decision resulted in the deaths of five people. Ashli Babbitt, a rally attendee who was at ground zero at the US Capitol Building, was shot dead by a Capitol Hill police officer during the chaos.