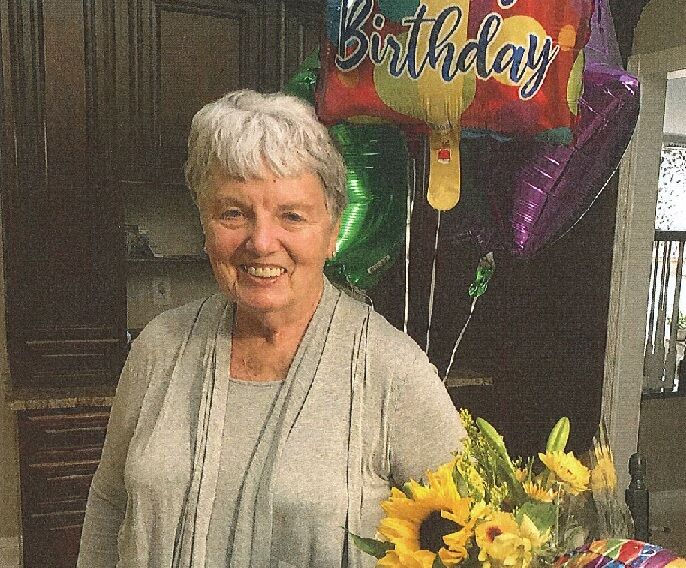 Judith Smentkiewicz. Her life was spared when her family intervened, and a NY Supreme Court judge ruled against the hospital trying to murder her. Image Source.
by Brian Shilhavy
Editor, Health Impact News
The genocide against the elderly is in full swing right now in the U.S. and around the world.
As we have recently reported, assisted living centers who are now injecting their residents with the experimental Pfizer mRNA COVID injections are killing off many of them, particularly the oldest residents above the age of 80.
As we reported yesterday, the Norwegian Medicines Agency announced that 23 people died after receiving the experimental Pfizer mRNA COVID injections, and that is out of only 25,000 injections nationwide. All of them were over the age of 80. See:

Earlier this week we reported that a nursing home in Auburn, New York, had zero deaths attributed to COVID until they started injecting the residents with one of the experimental mRNA COVID injections, and then 24 died. See:

The biggest tragedy in these deaths, which reveals crimes against humanity and the medical system’s low regard for the lives of our elderly, is that these experimental injections are not even needed, as there are effective and safe treatments for COVID already available, where doctors are reporting a near 100% success rate in treating their patients with early treatment.
These are older drugs already approved by the FDA (none of the mRNA COVID injections are approved by the FDA yet) for other treatments.
We have reported on these drugs extensively, such as Hydroxychloroquine, and the medical scandal behind censoring this drug for use in hospitals. See our Hydroxychloroquine page in our COVID Information Center to learn more.
Another older drug that is already approved by the FDA that many doctors have had such success in treating COVID patients, to the point where they testified before Congress and called it a “miracle drug” because it was so effective, is Ivermectin.
Dr. Pierre Kory M.D., a pulmonary and critical care specialist who is also an Associate Professor of Medicine at St. Luke’s Aurora Medical Center in Milwaukee, Wisconsin, pleaded with members of Congress to have the NIH, CDC, and FDA look at the “mountains” of data that he and his colleagues have gathered on the drug Ivermectin, which is already approved by the FDA as an anti-parasitic drug, and their success in treating COVID patients.
He stated: “If you take it, you will not get sick.” See: 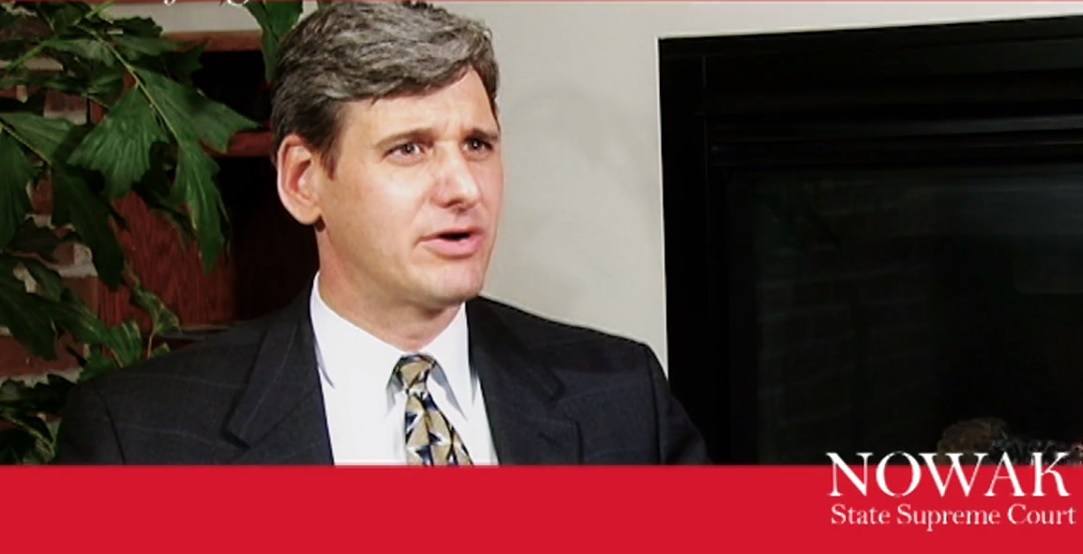 NY State Supreme Court Judge Henry J. Nowak
The Buffalo News is reporting a story out of New York State where family members of an 80-year-old woman, Judith Smentkiewicz, did their own research after their mother was diagnosed with COVID and put on a ventilator, where she was only given a 20% chance to live.
They read about Ivermectin and convinced one of the doctors in the ICU of Millard Fillmore Suburban Hospital to let her try it.

“We did a lot of our own research, we read about Ivermectin … The results sounded very promising, and we decided we had to try something different,” Michael Smentkiewicz said. “We pressured the doctor in the ICU to give it to her. He finally agreed.”
On Jan. 2, Smentkiewicz was given her first dose of Ivermectin, and according to court papers filed by her family, she made “a complete turnaround.”
“In less than 48 hours, my mother was taken off the ventilator, transferred out of the Intensive Care Unit, sitting up on her own and communicating,” Kulbacki said in a court affidavit.

However, she was soon transferred to a different section of the hospital away from the ICU, and the doctors there refused to allow her to continue taking Ivermectin.

But after her mother was transferred to another hospital wing away from the ICU, doctors in that unit refused to give her any more doses of the drug, and her condition quickly declined, the family said in court papers.
“We were astounded when they refused to give her any more doses,” Michael Smentkiewicz said. “That’s why I called Ralph Lorigo and we took the hospital to court.”

Amazingly, the hospital did not back down even when faced with a fight in court. They defended their right to deny this woman life-saving medication so they could effectively kill her!

Kaleida Health, which operates the hospital, opposed the family’s request in court. Lorigo said Kaleida attorney Michael J. Roach argued to Judge Nowak that doctors – and not the courts – should be making decisions about medical care.

What about the patient and family members?? I am sure Ms. Smentkiewicz was in favor of the treatment her children had found for her which got her off of the ventilator and out of the ICU.
But this is how the Medical Industrial Complex works. They don’t think anyone should dare to question their alleged “authority.”
Fortunately, the Judge wasn’t persuaded, and basically saved this woman’s life.

On Jan. 8, Nowak ordered the hospital to “immediately administer the drug Ivermectin” to Smentkiewicz, court papers show.
“But the judge also told us verbally that Judith’s family doctor would have to write a prescription for Ivermectin, which he did,” Lorigo said. “In 46 years as an attorney, I’ve never seen another case where a family had to get a court order to continue a treatment that had already been started by a hospital.”
“This lady was on a ventilator, literally on her deathbed, before she was given this drug,” Lorigo told The Buffalo News about Smentkiewicz, a Cheektowaga resident. “As far as we’re concerned, the judge’s order saved this woman’s life.” (Source.)

The key here for everyone to note when advocating for a loved one to receive treatment from these older drugs, is what the Judge allegedly told the family verbally: get a prescription from your family doctor.
Then it is 100% legal, and the hospital cannot do anything about it, at least not legally, because medical physicians are allowed to prescribe drugs for “off-label” use.
The doctors in the hospital that decided to withhold this drug from Ms. Smentkiewicz are not named. They should be arrested and charged with attempted murder.
The reporter for The Buffalo News, Dan Herbeck, interviewed another doctor who gave his “reasoning” for withholding this treatment:

Dr. Thomas A. Russo, one of the region’s leading experts on infectious diseases, said he was glad to hear that Smentkiewicz is doing better, but he said people should never jump to conclusions about Ivermectin or any other drug based on one patient’s outcome.
“There are some indications that this drug may have some merit in treating Covid-19 … Yes, it is possible that it helped this woman,” Russo said. “But the trials and testing are ongoing. We don’t have definitive data yet to show it does help. Presently, it is not recommended as a treatment for Covid-19.”
Russo is the chief of infectious diseases at the University at Buffalo’s Jacobs School of Medicine and Biomedical Sciences. He has no involvement in the Smentkiewicz case.

This is the “official position” of the medical bureaucrats, which is obviously crafted to protect the FDA who has given emergency use authorization (EUA) to new experimental drugs, including the new mRNA COVID injections, which has resulted in literally $TRILLIONS in federal funding being awarded to them to develop these new COVID drugs and vaccines. Older drugs already approved by the FDA with decades of proven safety, and whose patents have long since ran out, are a threat to this new market that COVID is creating.
They also summarily dismiss all of the clinical experience and data that Professor Dr. Pierre Kory from Milwaukee, along with his group the Frontline COVID-19 Critical Care Alliance (FLCCC) have discovered.
Thanks to Dr. Meryl Nass and her blog which tipped me off to this story. If her blog is not part of your newsfeed, it should be!
If your doctor is afraid to prescribe Ivermectin or Hydroxychloroquine due to political pressure, Dr. Meryl Nass has a list of resources where you can find someone who can:
list of resources where you can find someone who can:


How you can receive early effective treatment for Covid

Some of the Frontline Doctors have also published their protocols that they have had success with:

» Another New York State Supreme Court Ivermectin Order Helping 81-Year-Old Farmer
» Hospital Refuses to Give 9-Year-Old Boy Life Saving Kidney Transplant Because Father is Unvaccinated
» BOMBSHELLBREAKING NEWS: The Supreme Court In The US Has Ruled That The Covid Pathogen Is Not A Vaccine, Is Unsafe, And Must Be Avoided At All Costs-Supreme Court has canceled universal vax
» Judge Forces Hospital To Treat Dying Man With Ivermectin
» Top ICU Doctor Suspended After Suing Hospital for Banning Life-Saving COVID Treatments