Harvesting this rare honey is not for the faint of heart. dibrova/Shutterstock.com

High in the Himalayas, large bees are busy making unusual honey. In fact, these are the largest honeybees on Earth — called Himalayan giant honeybees — and they make some of the world's most cherished honey. It's known as mad honey, a reddish sweet goop with psychotropic effects that in small doses are reportedly pleasant.

Haven't heard of this delectable treat? That's probably because it's extremely difficult to harvest. If the sting of this large bee — which can pierce through most beekeeper suits — doesn't ward you off, the sheer Himalayan cliffs where the bees plaster their large, crescent-shaped hives probably will. Those who dare to gather the honey do so at their own peril, dangling from precarious bamboo rope ladders hundreds of feet above the ground.

But this dangerous cultural tradition, perfected by the Kulung people of eastern Nepal, may be on the verge of vanishing forever. Mauli Dhan Rai, known as "the last honey hunter," passed away in May 2018.

Mad honey can fetch a hefty price, reportedly sold for $60 to $80 a pound (U.S.), but those are black-market prices. You won't find it at your local supermarket. Even at those prices, however, it's barely worth the risk to harvest it, not when you consider the time it takes to learn the skills of this highly specialized trade. Luckily, however, a team of filmmakers documented Mauli Dhan Rai and his honey-hunting craft in a 2017 documentary, "The Last Honey Hunter."

A behind-the-scenes peek of the breathtaking footage can be viewed here:

The giant honeybee (Apis dorsata) ranges across a large swath of South Asia, but the Himalayan giant honeybee (A. dorsata laboriosa) is a subspecies found only in its namesake mountains. (Although some sources categorize it as a separate species, named A. laboriosa.) These bees look similar to the western honeybee (Apis mellifera), but they're much larger — workers can be up to 3 centimeters (1.2 inches) long, according to the Florida Institute of Food and Agricultural Sciences, which is almost twice the length of a western honeybee worker.

The Himalayan giant honeybee builds its nests out in the open, consisting of a single large comb that typically hugs rocky overhangs on vertical cliffs at high altitudes. It tends to live anywhere from 2,500 meters up to 4,000 meters (8,200 to 13,000 feet) above sea level, according to Exotic Bee ID. It's native to mountainous areas of Nepal, Bhutan and India, as well as the province of Yunnan in China. The honey gets its famous properties from toxins in rhododendron flowers that the bees eat in spring, the only time of year when the honey is hallucinogenic. Two to three teaspoons is usually considered the correct dose. A larger dose, however, can produce a more intense experience, one that may be unpleasant to the uninitiated.

First, you'll probably feel the need to purge (defecate, urinate, vomit), Mark Synnott reports for National Geographic. Then, "after the purge you alternate between light and dark. You can see, and then you can't see," explained Jangi Kulung, a local honey trader. "A sound — jam jam jam — pulses in your head, like the beehive. You can't move, but you're still completely lucid. The paralysis lasts for a day or so." Rhododendrons bloom near Annapurna, Nepal. Gert Olsson/Shutterstock
These more intense experiences, along with a rumored death from overdose, are the primary reasons why this precious honey has become more difficult to sell, and why the cultural practice of harvesting it might disappear.

Even though the "last honey hunter" is gone, the hunt for this rare psychotropic delicacy may still continue in some form. But whether the harvest is done sustainably, in a way that's safe for harvesters, consumers and the bees themselves (their populations are declining), remains in doubt. There's a delicate ecosystem that makes this unique honey possible, and without a balanced and careful harvest, the honey supply may not last long.
https://www.treehugger.com/worlds-largest-honey-bee-makes-hallucinogenic-honey-you-have-be-crazy-harvest-4863869?utm_source=facebook&utm_medium=social&utm_campaign=shareurlbuttons&fbclid=IwAR1o3nZEkGoCxrSC5fQF0oQWuRdthWXQiV0Ibh7MQ2aSJFtzHhGkUYz7V8g 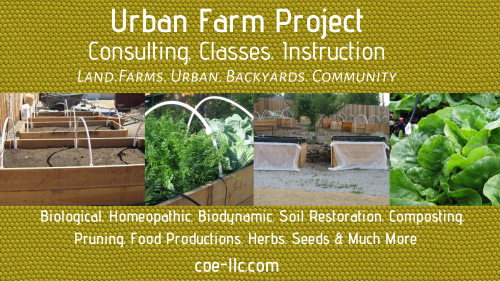