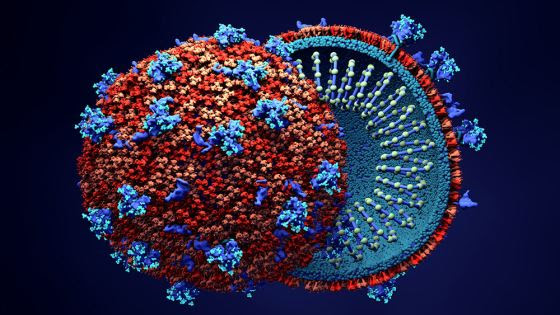 An anti-parasitic medication approved by the U.S. Food and Drug Administration (FDA) can be used against the Wuhan coronavirus (SARS-CoV-2), reports a new study. Australian researchers discovered that ivermectin, a semi-synthetic drug commonly used to treat head lice, scabies, ascariasis and other parasitic infections, can effectively kill SARS-CoV-2 within 48 hours in culture.
“We found that even a single dose could essentially remove all viral RNA by 48 hours and that even at 24 hours, there was a significant reduction in it,” said Dr. Kylie Wagstaff, a senior research fellow at Monash University in Australia and the senior author of the study.
As one of the widely available and cost-effective medications included in the World Health Organization‘s (WHO) model list of essential medicines, the researchers believe that ivermectin warrants further investigation for its beneficial activities against the virus responsible for COVID-19.

Ivermectin was first discovered in the 1960s by Satoshi Omura, a microbiologist at Tokyo’s Kitasato Institute, and William Campbell, an American biologist and parasitologist who, at the time, was working at Merck Research Labs in New Jersey. As part of the research agreement between the institute and Merck, Omura isolated microorganisms from soil samples collected around Japan and conducted preliminary evaluation of their bioactivities in hopes of discovering a new anti-parasitic. Promising samples were then sent to Campbell’s lab in the U.S. for further testing.

Among those Campbell received from Omura was a single soil sample that contained an unknown potent compound later named avermectin. Avermectin is produced by the bacterium Streptomyces avermitilis and showed potential as an anthelmintic. To this day, no other source of avermectin has ever been found except for S. avermitilis. Hence, it is considered an industrially important bacterial species and used exclusively for the production of avermectin and its derivatives.
To improve the safety and biological activity of avermectin, scientists chemically modified the compound to produce the now popular anti-parasitic drug, ivermectin. Initially introduced as a commercial product for use in animals in 1981, ivermectin proved useful against a wide range of parasites, such as lungworms, mites, lice, gastrointestinal roundworms, horn flies and ticks.
But the benefits offered by ivermectin are not limited to only cattle and pets. Soon enough, researchers found that this anti-parasitic drug can do wonders for human health. For instance, ivermectin can improve nutrition as well as overall health and well-being. It is also an effective treatment for two disfiguring neglected tropical diseases, namely, onchocerciasis (river blindness) and lymphatic filariasis (elephantiasis). These two diseases are caused by parasitic roundworms.
Recently, a series of studies on ivermectin reported another useful activity displayed by the drug. Australian researchers found that ivermectin exerts potent anti-viral effects against two viruses that cause life-threatening human diseases, namely, the human immunodeficiency virus-1 (HIV-1) and the dengue virus (DENV). According to their report, which appeared in the Biochemical Journal, ivermectin can prevent infection by both viruses by inhibiting the transport of viral proteins to the nucleus of target cells — a process that’s critical to the life cycle of many RNA viruses.
Besides HIV-1 and DENV, ivermectin has also been found to limit infection by other viral pathogens, such as the West Nile virus, the Venezuelan equine encephalitis virus and the influenza virus. Because of these reports, Wagstaff and her team decided to test the activity of ivermectin against the Wuhan coronavirus. (Related: Melatonin therapy a promising coronavirus treatment – study.)

For their experiment, the researchers infected cells commonly used for virus isolation experiments (Vero/hSLAM cells) with SARS-CoV-2 isolates. After two hours, they treated the infected cells with ivermectin. Analysis and quantification of viral RNA harvested at different time points revealed that ivermectin reduced the amount of viral RNA present in the sample 24 hours after treatment. After 48 hours, the researchers found a 99.8 percent reduction in cell-associated viral RNA, indicating that the anti-parasitic drug can effectively kill the coronavirus.

To further test ivermectin’s effectiveness, the researchers conducted another experiment that involved treating SARS-CoV-2-infected cells with serial dilutions of ivermectin. Similar to their earlier results, ivermectin significantly reduced viral RNA at all tested concentrations of the drug without being toxic to cells. These findings further cement ivermectin’s role as a potent inhibitor of SARS-CoV-2, which, like HIV-1 and DENV, is also an RNA virus.
“Taken together. these results demonstrate that ivermectin has antiviral action against the SARS-CoV-2 clinical isolate in vitro, with a single dose able to control viral replication within 24–48 h in our system,” wrote the researchers in their report. “We hypothesize that this is likely through inhibiting IMP [importin] a/B1-mediated nuclear import of viral proteins, as shown for other RNA viruses.”
Based on the drug’s mode of action, the researchers are positive that it could help reduce viral load, prevent COVID-19 progression and limit person-to-person transmission if given to patients in the early stages of infection. The critical next step, they said, is to further evaluate the benefits of ivermectin treatment in COVID-19 patients by conducting clinical trials. They also proposed examining a multiple addition dosing regimen that mimics the approved usage of the drug in humans.
For the latest updates on coronavirus research, visit Pandemic.news.
Evangelyn Rodriguez