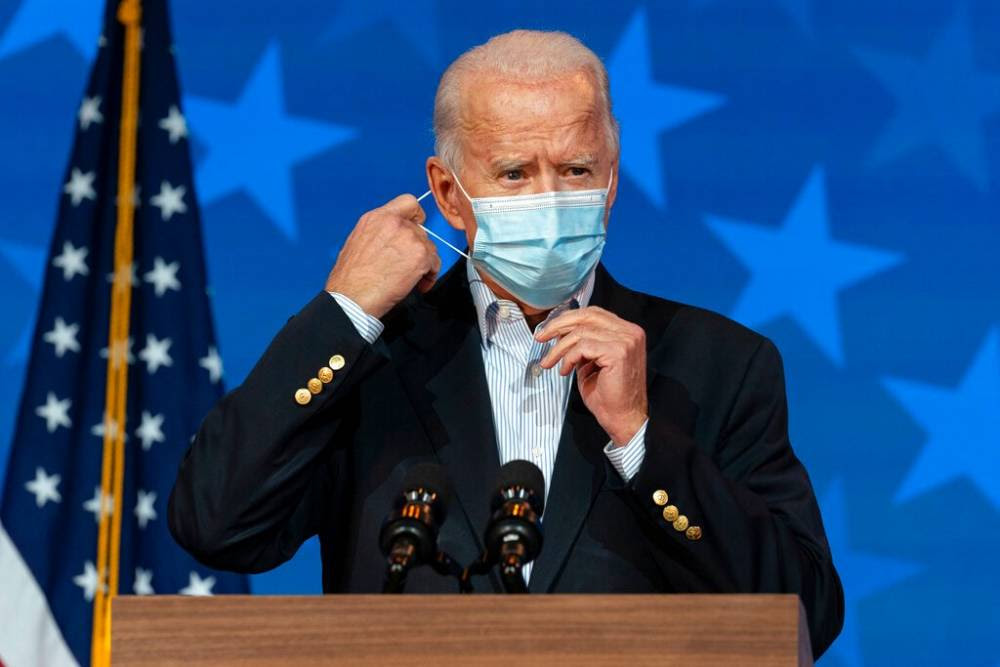 Source: PFW News
Shortly before Wednesday’s inauguration, the Biden team has unleashed over a dozen executive orders including one calling for Americans to wear masks for 100 days.
The order will also require masks and physical distancing in federal buildings, on federal lands and by government contractors.
Additionally, it calls on state and local governments to follow the measures.
In total, Biden’s transition team unveiled 17 orders covering issues such as the Coronavirus, Climate, and immigration.
According to CNN, there are 9 orders that will involve reversals of Trump-era policies.

Zero Hedge has more:
As expected, Biden will also roll back the Trump travel ban on citizens of certain Muslim -majority countries introduced at the very beginning of the Trump Administration, which survived a bitter court battle that infamously occupied plenty of headline space during the first half of 2017. It also sent protesters rushing to airports around the country as some travelers were caught up in the chaos.
“It was rooted in xenophobia and religious animus and president-elect Biden has been clear that we will not turn our back on our values with discriminatory bans on entry to the United States,” Jake Sullivan, Biden’s pick for national security adviser, said of the Muslim ban recently during a briefing.
Biden will sign the EOs and other memoranda in the Oval Office on Wednesday afternoon, his incoming press secretary Jen Psaki told reporters.
Psaki confirmed that, as we have previously reported, Biden plans to accompany his slate of EOs with a comprehensive immigration package that will be sent to Congress straightaway, where it will need to be passed by the (Democrat-controlled) House and Senate.
We have also noted previously that the day one orders will be part of a “10-day blitz” of orders, upon which we have previously reported, they will target the “four overlapping and compounding crises”: COVID-19, the economy, climate change and racial inequality.
“In his first 10 days in office, President-elect Biden will take decisive action to address these four crises, prevent other urgent and irreversible harms, and restore America’s place in the world,” Klain wrote at the time.
Other ’10-day blitz’ items include presidential directives on safely reopening schools and businesses, after Democrats spent much of last year insisting they remain closed.