In 1917 Rudolf Steiner Foresaw a Vaccine that Would ‘Drive All Inclination Toward Spirituality Out of People’s Souls’ Fri Jan 22, 2021 9:44 am

MASONIC VISIONS: In 1917 Rudolf Steiner Foresaw a Vaccine that Would ‘Drive All Inclination Toward Spirituality Out of People’s Souls’ 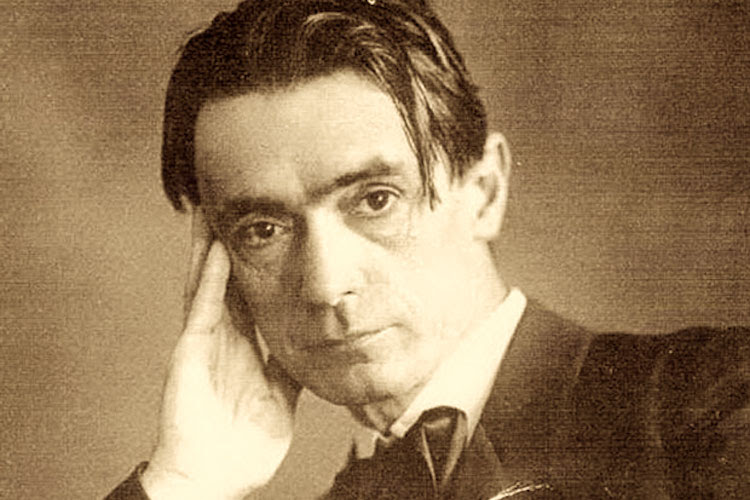 By Dylan Charles
If you’ve felt at all like you’re in a spiritual war right now, you’re not alone.
Many of the world’s greatest scholars, philosophers and ascetics understood the world to be multi-dimensional and co-inhabited by non-physical beings both good and evil, always at war with us and each other.
It’s not something that can be rightly explained with language or science. One must cultivate such sensitivity that the existence of spiritual beings can be directly experienced.
Rudolf Steiner was an Austrian philosopher, educator, and spiritualist, and over the course of his life he published numerous books and papers on the science of spirituality. He viewed the human body as a spiritual vessel, open to occupation by other entities.
To be conscious of these forces was to have the power to reject their negative influence. To remain unconscious of them was to be a leaf in their wind, and spiritual cultivation was the key to developing conscious awareness of them.

“The spirits of darkness are now among us. We have to be on guard so that we may realize what is happening when we encounter them and gain a real idea of where they are to be found. The most dangerous thing you can do in the immediate future will be to give yourself up unconsciously to the influences which are definitely present.” ~ Rudolf Steiner

If people express the natural human inclination toward spiritual growth, they free themselves from fear and anxiety, and effectively develop a sort of immunity to the influences of negative entities. If not, our vibration attracts hostile spirits and we fall unconsciously unto their influence.

“There are beings in the spiritual realms for whom anxiety and fear emanating from human beings offer welcome food. When humans have no anxiety and fear, then these creatures starve… If fear and anxiety radiates from people and they break out in panic, then these creatures find welcome nutrition and they become more and more powerful. These beings are hostile towards humanity.
Everything that feeds on negative feelings, on anxiety, fear and superstition, despair or doubt, are in reality hostile forces in supersensible worlds, launching cruel attacks on human beings, while they are being fed. Therefore, it is above all necessary to begin with that the person who enters the spiritual world overcomes fear, feelings of helplessness, despair and anxiety. But these are exactly the feelings that belong to contemporary culture and materialism; because it estranges people from the spiritual world, it is especially suited to evoke hopelessness and fear of the unknown in people, thereby calling up the above mentioned hostile forces against them.” ~Rudolf Steiner

With such profound global fear, anxiety, and panic over the present pandemic, many are exposing their own spiritual sicknesses and acquiescing to any recommended behavior or intervention that might alleviate these emotions. Along with this is the push to vaccinate 7 billion healthy people.
Nearly 100 years ago, in a series of 14 essays published under the title, The Fall of the Spirits of Darkness, Steiner issued a warning to future generations about a possible measure of mass control, quite similar to the  visions presented by Orwell and Huxley. Steiner foresaw a future when vaccines could steal our spiritual nature.
First, some background:

“In these fourteen lectures, given at the end of 1917 following four years of war in Europe, Steiner speaks on the complex spiritual forces behind the World War I, humanity’s attempts to build theoretically perfect social orders, and the many divisions and disruptions that would continue on Earth into our own time. Humanity in general was asleep to the fact that fallen spirits, cast from the spiritual worlds, had become intensely active on Earth. This manifested mainly in human thinking and perception of the surrounding world. ” [Source]

The fall into such  destructive slumber would be marked by an age of materialism and centralization of power, during which the influences of ‘spirits of darkness’ would inspire humans to devise new technologies and new means of oppression. Steiner comments:

“I have told you that the spirits of darkness are going to inspire their human hosts, in whom they will be dwelling, to find a vaccine that will drive all inclination toward spirituality out of people’s souls when they are still very young, and this will happen in a roundabout way through the living body. Today, bodies are vaccinated against one thing and another; in future, children will be vaccinated with a substance which it will certainly be possible to produce, and this will make them immune, so that they do not develop foolish inclinations connected with spiritual life – ‘foolish’ here, or course, in the eyes of materialists. . . .
“. . . a way will finally be found to vaccinate bodies so that these bodies will not allow the inclination toward spiritual ideas to develop and all their lives people will believe only in the physical world they perceive with the senses. Out of impulses which the medical profession gained from presumption – oh, I beg your pardon, from the consumption [tuberculosis] they themselves suffered – people are now vaccinated against consumption, and in the same way they will be vaccinated against any inclination toward spirituality. This is merely to give you a particularly striking example of many things which will come in the near and more distant future in this field – the aim being to bring confusion into the impulses which want to stream down to earth after the victory of the [Michaelic] spirits of light [in 1879].” ~Rudolf Steiner

Steiner was talking only about vaccines here. His comment does not consider the compounded effects on human spirituality of the many myriad influences we have in our world today, all of which work against spiritual connection on their own right.
Again, if you’ve felt at all like you’re in a spiritual war, you’re not alone.
Dylan Charles is the editor of Waking Times and host of Battered Souls: A Podcast About Transformation, both dedicated to ideas of personal transformation, societal awakening, and planetary renewal. His personal journey is deeply inspired by shamanic plant medicines and the arts of Kung Fu, Qi Gong and Yoga. After seven years of living in Costa Rica, he now lives in the Blue Ridge Mountains, where he practices Brazilian Jiu Jitsu and enjoys spending time with family. He has written hundreds of articles, reaching and inspiring millions of people around the world.

Re: In 1917 Rudolf Steiner Foresaw a Vaccine that Would ‘Drive All Inclination Toward Spirituality Out of People’s Souls’ Fri Jan 22, 2021 1:15 pm