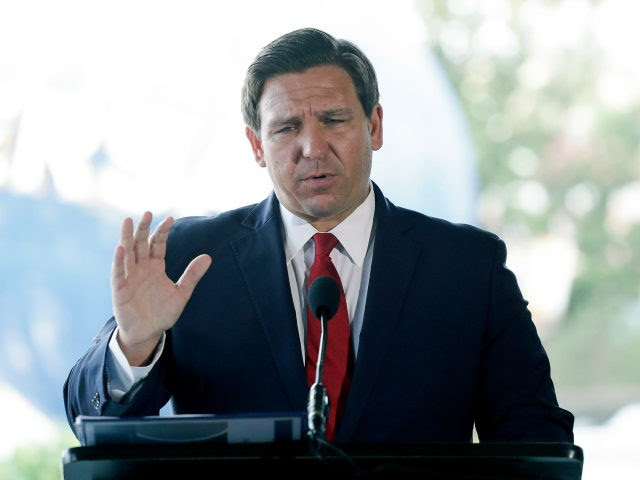 Source: Hannah Bleau
Gov. Ron DeSantis (R-FL) announced early Friday morning that he ordered the return of Florida National Guardsmen from the nation’s capital following reports of troops being forced to evacuate the Capitol building grounds and wait in a parking garage after an alleged mask complaint from a Democrat congressman, emphasizing they are soldiers and “not Nancy Pelosi’s servants.”
“Last night, I ordered our Adjutant General to bring Florida National Guard soldiers home from the National Capital Region,” the Republican governor announced:

They’re soldiers. They’re not Nancy Pelosi’s servants,” DeSantis said during a Friday morning appearance on Fox & Friends.
“And this comes on the back end of them trying to investigate the backgrounds of our guardsmen,” he continued. [In] Florida, we did not let them go into their political beliefs. I thought that was totally inappropriate. I thought it was very disrespectful for people who are clearly patriots.”
“So this is a half-cocked mission at this point and I think the appropriate thing is to bring them home,” he added:

It was an honor to witness Henry Sayler receive his first dose of the vaccine today. Florida is rapidly approaching a monumental milestone of 1 million seniors vaccinated. #SeniorsFirst 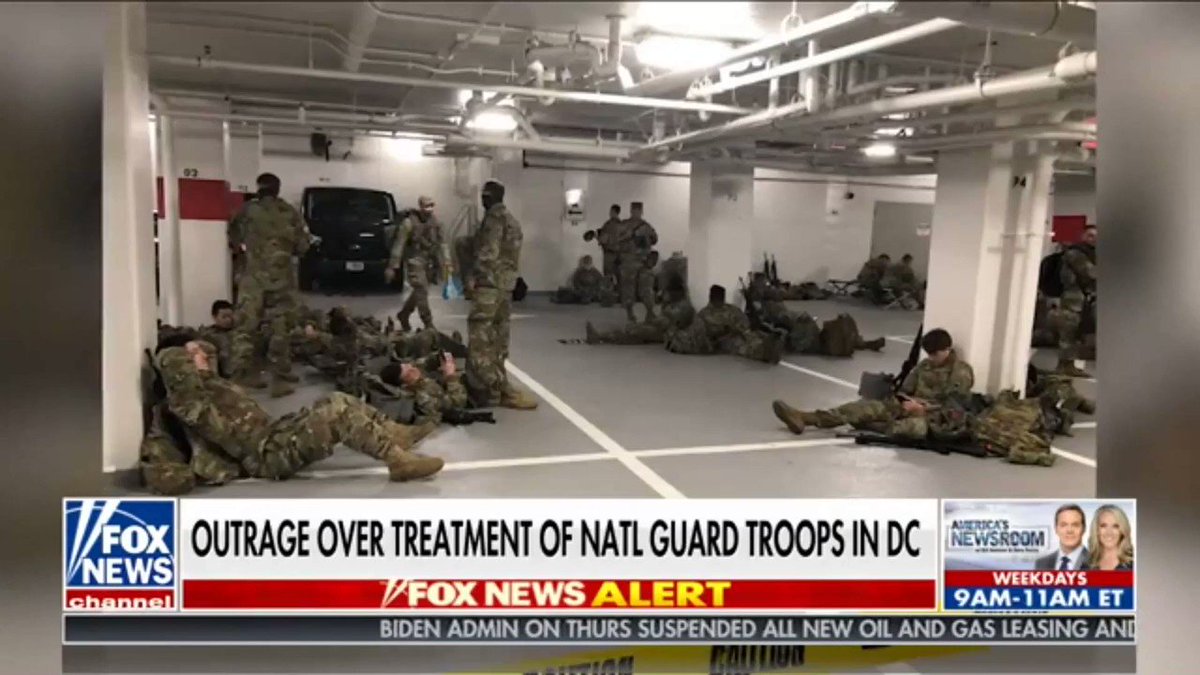 Troops were reportedly forced to evacuate the Capitol grounds over an alleged mask complaint lodged by a Democrat congressman, Rep. Will Keating (D-MA), who reported the incident to the Capitol authorities earlier in the day.

As Breitbart News reported, Keating reportedly “commented out loud that masks were required to be worn at all times in a federal building” after spotting the maskless National Guard member in a cafe. The National Guard member reportedly responded, “I appreciate my freedom,” a source told Breitbart News:
According to Politico, one unit “was abruptly told to vacate the facility on Thursday” and “forced to rest in a nearby parking garage without internet reception, with just one electrical outlet, and one bathroom with two stalls for 5,000 troops.”
“Yesterday dozens of senators and congressmen walked down our lines taking photos, shaking our hands and thanking us for our service,” a Guardsman said, according to the outlet.
“Within 24 hours, they had no further use for us and banished us to the corner of a parking garage,” the Guardsman added. “We feel incredibly betrayed”: