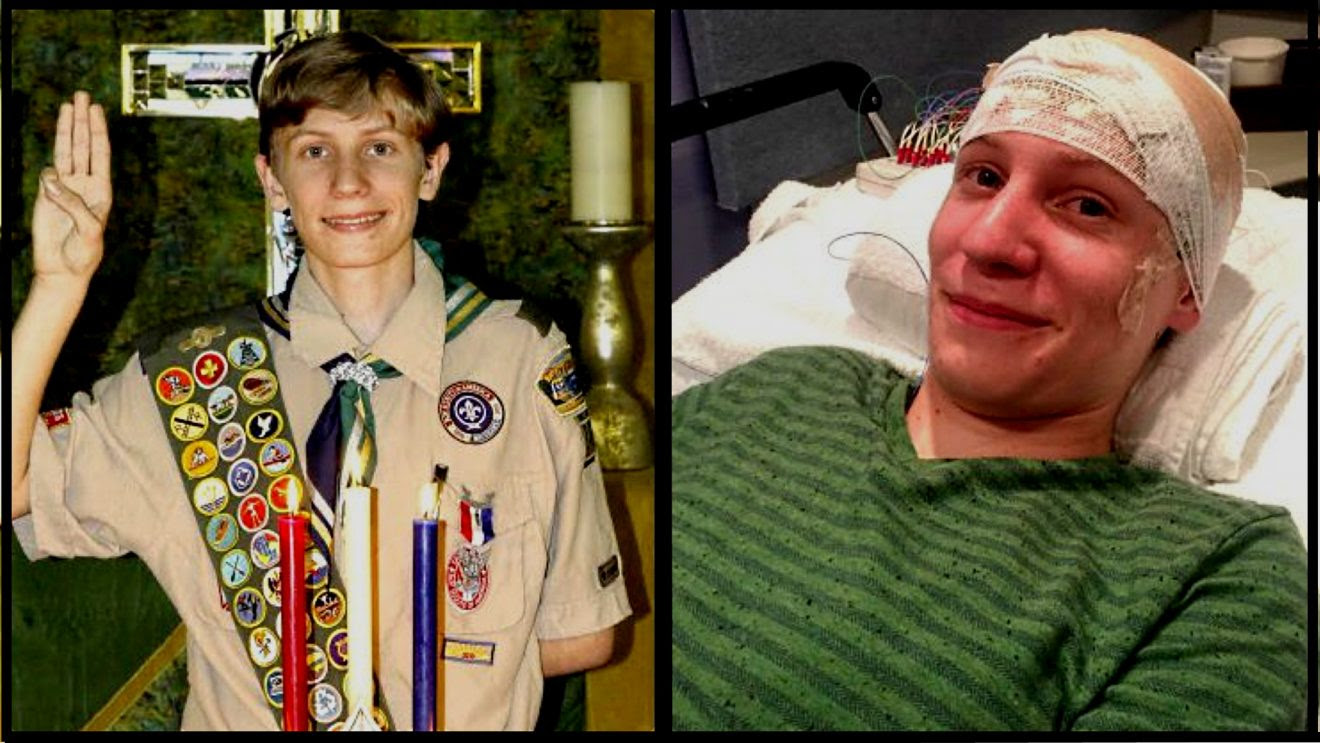 Before he got the Gardasil vaccine, our client Michael Colbath was a superlative athlete and scholar. A happy, healthy and active boy, he was an enthusiastic member of his school’s academic teams, soccer player, and long-distance runner who loved backpacking and skiing. At five years old, he could backpack five miles with ease. At six, he taught himself to speed read and handed in a book report on a 600-page novel.
Michael was a committed boy scout and member of his middle school’s cross-country team. He pursued his passions for robotics, played in his school band and practiced Tae Kwon Do, earning his second-degree black belt at age 14, just months before he received the Gardasil HPV vaccine.
He raised service dogs for the disabled and earned his certification in first aid with special training in emergency preparedness.
After the vaccine, that all went away.
Years of Merck’s relentless marketing persuaded Kathy Colbath to allow her child to receive Gardasil. Merck falsely claimed that Gardasil was safe and effective, and that it would protect children against certain cancers. Merck’s advertising said that good mothers must vaccinate their teenagers with Gardasil or face tragic consequences.
In the months following his first injection, exhaustion and extreme fatigue forced Michael away from the sports and hobbies that had been centerpieces of his life. He had trouble staying awake during the school day.
After his second Gardasil injection, Michael developed severe foot pain in both feet, so severe that he needed crutches to attend school. He had trouble waking up in the morning and getting out of bed.
As his symptoms worsened, multiple physicians and specialists treated him for migraine headaches; body pains and muscle aches; chronic fatigue; hypersomnolence (sleeping 15-22 hours in a 24-hour period), sleep drunkenness, unrefreshing sleep; excessive sweating, lightheadedness, and tachycardia; tunnel vision on standing; difficulty with concentration and memory; confusion and brain fog; intermittent or episodic paralysis, numbness; and stomach pains.
Michael’s post-Gardasil injuries and diagnoses, including postural orthostatic tachycardia syndrome (POTS), idiopathic hypersomnia (IH), myalgic encephalomyelitis / chronic fatigue syndrome (ME / CFS), complex regional pain syndrome (CRPS) and [url=https://my.clevelandclinic.org/health/diseases/15522-gastroparesis#:~:text=Gastroparesis is a disease in,Appointments 216.444.7000]gastroparesis[/url], kept him from his passions, sports and hobbies. He missed most of high school and only his formidable self-discipline allowed him to complete his school work at home — he could not walk or move unassisted, he earned his Eagle Scout award using a knee scooter.

Only this unusual talent and drive allowed him to earn admission into the University of California San Diego (UCSD), as a data science major. He can only take a class or two at a time.
Michael is currently taking a daily regimen of 10 strong medications. He can only walk about 500 steps per day.
If Mrs. Colbath had known that Gardasil could create these health issues, she never would have allowed him to receive it.
This is the fifth Gardasil lawsuit Baum Hedlund and I have filed against Merck challenging the company’s dangerous and defective HPV vaccine for causing severe and life changing injuries. In addition to Mike’s case filed this week, we have filed cases on behalf of Sahara Walker of Wisconsin, Zach Otto of Colorado and Julia Balasco of Rhode Island. While each case is unique, they share common threads: All of our clients were happy, healthy, bright, active kids with unlimited potential until they received the Gardasil HPV vaccine. We look forward to getting these cases in front of a jury as soon as possible.

Children's Health Defense
The Children’s Health Defense Team is devoted to the health of people and our planet. Their mission is to work aggressively to reduce exposure to all sources of mercury, hold those accountable who failed to protect our planet and people from unnecessary exposure, restore health to those who have been harmed, and make sure this tragedy never happens again.