OUT OF MIND » THE INSANITY OF REALITY » GOVERNMENTS & THE NEW WORLD ORDER » RUDY BRINGS THE FIRE: Giuliani Responds to $1.3 Billion Dominion Lawsuit AND IT’S EPIC 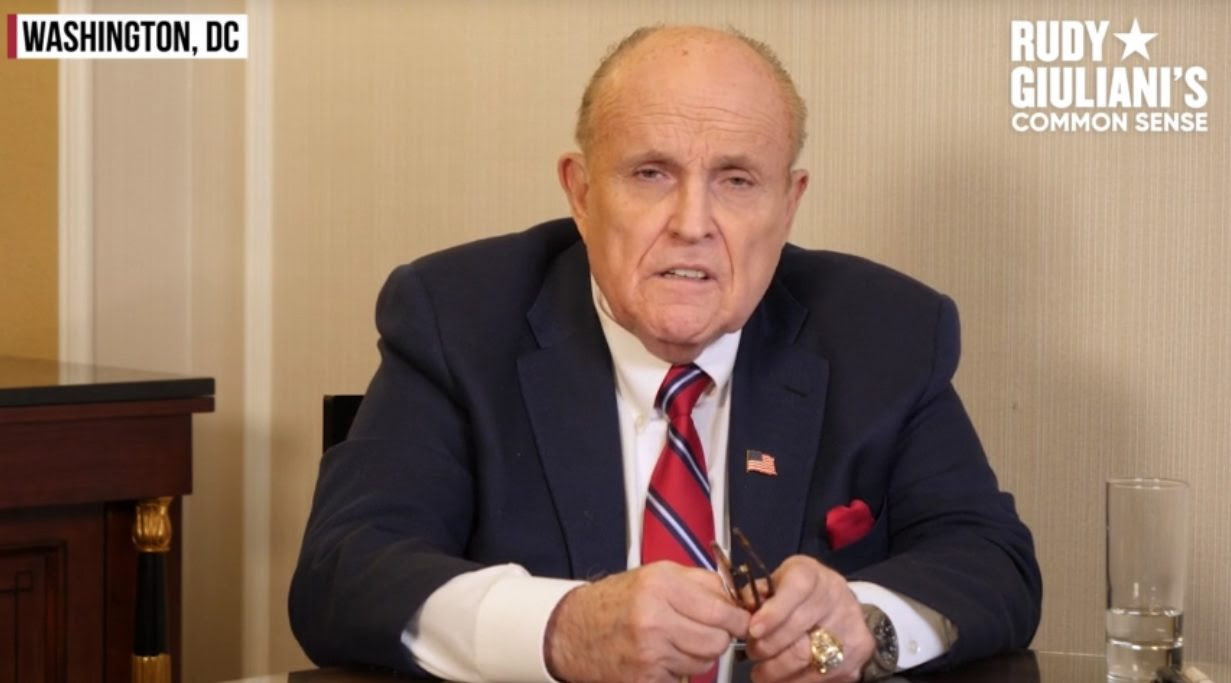 The controversial company filed a lawsuit for the same amount against pro-Trump attorney Sidney Powell, who has also been fighting tooth and nail against election fraud, earlier this month.
Dominion’s director of product strategy and security, Eric Coomer, also filed a lawsuit in December against President Donald Trump’s presidential campaign, Giuliani, Powell, Newsmax, One America News Network, OANN reporter Chanel Rion, Michelle Malkin, and others that he has accused of civil conspiracy and the intentional infliction of emotional distress.
The 107 page lawsuit against Giuliani was filed in the Federal District Court in Washington, D.C., on Monday morning.
Dominion claims that allegations of election fraud were “demonstrably false.” It also brought up the protest at the Capitol on January 6 for some reason.  In fact their announcement to attack Rudy Giuliani reads like something from a far-left publication.
Later this morning Rudy Giuliani responded to the Dominion Voting Systems announcement.
Rudy says he looks forward to investigating their history, finances and practices fully and completely.
Via WABC Radio:

Giuliani, who is also a host for WABC radio, issued the following statement:
“Dominion’s defamation lawsuit for $1.3B will allow me to investigate their history, finances, and practices fully and completely. The amount being asked for is, quite obviously, intended to frighten people of faint heart. It is another act of intimidation by the hate-filled left-wing to wipe out and censor the exercise of free speech, as well as the ability of lawyers to defend their clients vigorously. As such, we will investigate a countersuit against them for violating these Constitutional rights.”  – Rudy Giuliani

OUT OF MIND » THE INSANITY OF REALITY » GOVERNMENTS & THE NEW WORLD ORDER » RUDY BRINGS THE FIRE: Giuliani Responds to $1.3 Billion Dominion Lawsuit AND IT’S EPIC