Latest topics
» Max Igan - WAKE UP! We're All Being Played

OUT OF MIND » THE INSANITY OF REALITY » GOVERNMENT & THE NEW WORLD ORDER » First Lawsuit Against Biden Administration WON! 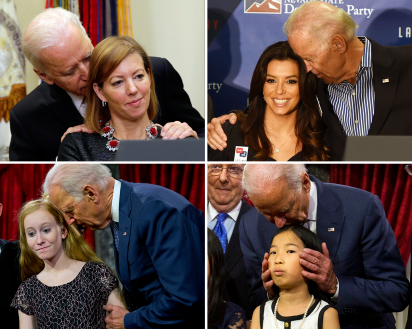 VICTORY. Texas is the FIRST state in the nation to bring a lawsuit against the Biden Admin. AND WE WON. Within 6 days of Biden’s inauguration, Texas has HALTED his illegal deportation freeze. *This* was a seditious left-wing insurrection. And my team and I stopped it.
1:35 PM · Jan 26, 2021

37.3K people are Tweeting about this

Source: Niamh Harris
Joe Biden is facing his first major lawsuit following a series of anti-American executive orders issued just hours after he entered the White House.
Texas Attorney General Ken Paxton brought the new[url=https://www.texasattorneygeneral.gov/sites/default/files/images/admin/2021/Press/1 Complaint_0.pdf] legal action[/url] seeking to prevent an “unconstitutional, illegal, and bad” halt to deportations of illegal immigrants in the state.
Paxton declared in a Twitter post:
“I told [the Department of Homeland Security] and [Biden] last night to rescind its deportation freeze, which is unconstitutional, illegal, and bad for Texas and the nation.”

They didn’t budge,” Paxton said.
Biden’s temporary halt on deportations will cause major financial devastation to the state, according to Paxton.
“A higher number of illegal aliens in Texas leads to budgetary harms, including higher education and healthcare costs,” Paxton wrote in the lawsuit.
“This unlawful reversal will cause Texas immediate and irreparable harm if it is not enjoined.”
Breitbart.com reports: “In one of its first of dozens of steps that harm Texas and the nation as a whole, the Biden administration directed DHS to violate federal immigration law and breach an agreement to consult and cooperate with Texas on that law,” Paxton wrote:

Our state defends the largest section of the southern border in the nation. Failure to properly enforce the law will directly and immediately endanger our citizens and law enforcement personnel.
DHS itself has previously acknowledged that such a freeze on deportations will cause concrete injuries to Texas. I am confident that these unlawful and perilous actions cannot stand. The rule of law and security of our citizens must prevail.

Biden additionally signed executive orders to loosen interior immigration enforcement, end border wall construction, eliminate the anti-fraud “Remain in Mexico” policy, and reinstate immigration from nations considered exporters of terrorism.
Deportations for illegal aliens is a huge cost savings for American taxpayers, research has found. The taxpayer cost of the roughly 11 million to 22 million illegal aliens living across the U.S. totals nearly $750 billion over the course of a lifetime while each deportation costs just $10,900. This indicates that taxpayers would save about $622 billion over a lifetime if every illegal alien was deported.

OUT OF MIND » THE INSANITY OF REALITY » GOVERNMENT & THE NEW WORLD ORDER » First Lawsuit Against Biden Administration WON!