The Internet's War On Wall Street Did What Government Could Not—It United America Sat Jan 30, 2021 10:39 am

The Internet's War On Wall Street Did What Government Could Not—It United America
Published: January 29, 2021

(Support Free Thought) -
In the last three weeks, after the Trumpists were duped into thinking they could stop the election of Joe Biden by walking into the capitol and taking selfies with cops, the American technocratic police state has shifted into hyperdrive. In the name of stopping the “insurrection” that wasn’t, President Joe Biden and his team of neoliberal cronies have moved to criminalize speech, up to and including arresting people for trolling with memes as far back as 2016!
Facebook, Twitter, Google, Amazon, Apple, and the like have been unceremoniously creating tens of thousands of online unpersons since January 6. Establishment hacks, hungry for more power, have seized this moment to increase the surveillance state apparatus and push for the criminalization of everything and anything that is anti-establishment. A nightmarish police state is unfolding in front of us and because the Trumpists were the first to be sacrificed, the left has still been on their honeymoon ignoring the fact that “pro-democracy” Biden is quickly becoming a dictator, bypassing Congress and ramming through a record number of executive actions.
To put it mildly, since the onset of lockdowns last March, those of us who have been paying attention, have seen that the outlook is bleak, so long as the masses keep allowing their elected officials to take away their rights in the name of perceived “safety.”
All promise is not lost, however. There have been multiple glimmers of hope, proving and reasserting the power of the individual versus the establishment. Gavin Newsom, who has been compared to Hitler for his draconian and entirely arbitrary lockdown orders, likely reacting to a massive recall effort against him, suddenly reversed course on the lockdowns this week, allowing struggling businesses to hang on to their life’s work. But this was just the beginning.
On Tuesday, a paradigm shift took place unlike anything we’ve seen in history. A populist movement started on Reddit that threw aside their political differences and moved to take back some of this power and wealth that has been extracted from them particularly over the last year, but going back decades before.
Gamestop, stopped the game.
The rigged game that has paid for yachts with helopads belonging to the myriad of slime balls on Wall Street, whose job description entails betting (in a casino they own) that businesses will fail, and then ensuring their failure, was exposed. In the last few days, millions have witnessed — many for the first time ever — that the system is a rigged club, and they are not in it.
The coordinated effort by millions on the internet has shown the establishment that the people have power. It knocked them on their heels as kids with $500 in their bank accounts helped take down multi-billion dollar hedge funds. Predictably, however, like the establishment does every time it is threatened, it used its power and influence to attempt to stop it.
On Thursday, the Robinhood app ironically began acting like the Sheriff of Nottingham as it froze trading to protect hedge funds from rising stock prices of GME, AMC, and NOK. This was de facto market manipulation to protect Wall Street while screwing over the individual investor.
But this move did not go unnoticed. In fact, it was an act so egregious that it garnered the attention of political enemies who actually found a moment of solidarity to stand against it.
MAGA Congressman from Arizona’s 4th District, Paul Gosar, along with Ted Cruz, and Lauren Boebert, united with their perceived political foes across the aisle like Rashida Tlaib and Alexandria Ocasio-Cortez to call out this coordinated effort by Big Tech to collude against private investors.
These tweets below represent something absolutely amazing — the left and the right throwing their differences aside and taking a moment to reflect on the corrupt establishment that no longer functions for the people.

A moment large enough to bring these two sides together like this hasn’t likely happened since 9/11. We are truly navigating into uncharted waters.
In a time where divide is the norm and vitriol between political ideologies is constant, people were able to come together in a common fight against the corrupt ruling elite.
As there is such significant bipartisan support calling out the establishment, rest assured that this will likely be the subject of a congressional hearing soon.
Hopefully, the action taken to correct what big tech did to stifle private investors is not more “regulation” that got us to this point in the first place. The very “regulation” that has granted a monopoly on the stock market was written by K street and given directly to their puppets in the capitol. This cannot happen again, and as Justin Amash points out, the safeguards against cronyism are put in place through the opposite of centralized planning.
As doom and gloom appear to be the “new normal,” it is refreshing and indeed sanity-replenishing to see the two political parties who are tearing America apart, come together to stand against corruption, cronyism, and an overt attack on main street Americans.
Those of us who have been at this for more than a decade have been waiting for a moment like this for a long time. The empire will inevitably strike back, but as this incident highlights, rebellion in the form of peaceful counter economics will prevail.
To those who profit off of destruction and control rather than creation and free markets — your days of hiding behind the mainstream media and your shills in marble buildings are numbered. No amount of “regulation” or censorship will stop an idea whose time has come.

Facebook has banned a group called ‘Robinhood stock traders’ that had 157,000 members, with its founder suggesting the group had been targeted by “major institutions.” 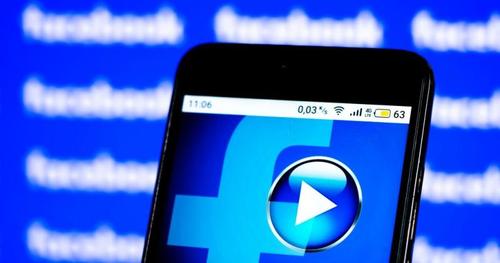 The group has no formal affiliation with the stock trading app of the name same that froze stock purchases for GameStop yesterday, prompting widespread complaints from its users.
The group’s 23-year-old founder Alan Tran told Reuters that the social media giant removed the page citing “adult sexual exploitation,” but provided no further reasoning for the ban.
According to Tran, who also heads up his own investment group, HaiKhuu Trading, bots may have flagged the page because of the use of the term “gain porn,” which is a phrase relating to stock purchases and has no actual sexual connotation.
Earlier this month, the group was also listed as a “dangerous organization,” but this label was subsequently removed by Facebook and the page was restored.

“The major institutions are attempting to silence our community. We are positively impacting people’s lives and they are attacking our group because we are more powerful than them,” Tran wrote in a Facebook post, arguing “there is power in masses.”

Tran has now set up a replacement page, although he expects that to be deleted too, saying Facebook is “not a free platform.”
Earlier this week, a Discord server used by the WallStreetBets community, the Reddit forum responsible for the populist-driven surge in Gamestop stocks, was banned with Discord alleging that it had contained “hate speech.”
As we explain in the video below, Big Tech companies are abusing the “hate speech” label to shut down communications, with many asserting that this is merely an excuse to censor content harmful to hedge fund billionaires.