“When the Trump admin was trying to divert blame…blame all the Democratic governors for the deaths in nursing homes…that was mean!” says NY governor. 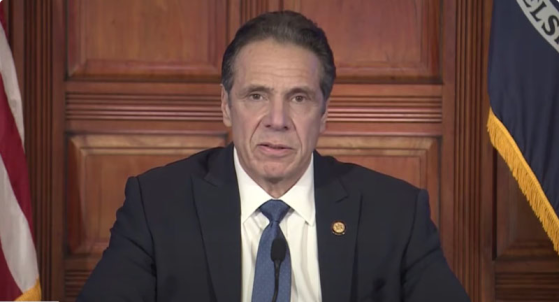 Source: RT
New York Governor Andrew Cuomo has dismissed residents’ concerns he undercounted nursing home deaths by 4,000, sniping that it didn’t matter where they died because the “bottom number” remained the same.
“Who cares?” Cuomo whined during a press conference on Friday. “Died in a hospital, died in a nursing home. They died!” he lamented, making sure to remind the press that he’d lost his own father – five years ago – as if that would deflect some of the criticism.

Cuomo even blamed former president Donald Trump for planting the idea in New Yorkers’ minds that the governor was responsible for the sky-high death toll, insisting “everyone did the best they could” and claiming the state had merely followed federal healthcare guidance. To suggest anything else was “cruel,” because the deaths were unpreventable, he claimed.

To play politics with it the way they did, that was mean. When the Trump admin was trying to divert blame…blame all the Democratic governors for the deaths in nursing homes…that was mean.

The governor returned to the podium on Friday to deliver his ‘who cares’ message after walking out on a presser the previous day, leaving his health commissioner Howard Zucker alone to deal with the recriminations of the thousands of New Yorkers who’d lost loved-ones under Cuomo’s watch.
Republican whip Steve Scalise quickly latched onto the AG’s findings, denouncing the statistical shenanigans as an “outrageous” cover-up and insisting Cuomo turn over state documents related to nursing home deaths before February 4. In some cases, nursing home death totals were more than half again as numerous as the figures the health department had initially reported.
Much of the rage directed at Cuomo comes from a state health department policy that required nursing homes and other residential facilities to accept Covid-positive patients in order to free space in hospitals – space that was ultimately not needed during the outbreak. While Cuomo scrapped the unpopular policy several months after it was passed, quietly removing it from the state website before trying to blame care homes for not disobeying his orders, the change came after more than 6,000 coronavirus-infected patients had been sent back into care homes, where even the governor knew the virus would spread like “fire through dry grass.”
As far back as August, it was suspected that pandemic-related deaths were being undercounted in New York, based on an Associated Press analysis of the state’s death counts. Additionally, an unusually high number of empty care home beds suggested many more deaths than were being reported.
While New York has long led the nation for number of Covid-19 casualties, Cuomo hasn’t stopped patting himself on the back for a job well done, even releasing a book praising his controversial response to the pandemic. The governor also wrote a book touting his response to the crisis and sold bizarre commemorative posters while New Yorkers were losing loved-ones and tens of thousands of local businesses were closing their doors for good.