A town in Florida has been target of a hack which briefly altered chemicals in its water supply to "potentially damaging levels" according to local media reports. Federal and local authorities are currently investigating the computer network intrusion which happened last Friday morning, the alarming details of which are emerging Monday.
Plant operators overseeing the small city of Oldsmar’s water supply began observing strange activity on their monitors. That's when technicians noticed that sodium hydroxide levels (or lye), which is used to treat the city's water in small amounts in order to control acidity while removing heavy metals, was being remotely pushed higher. 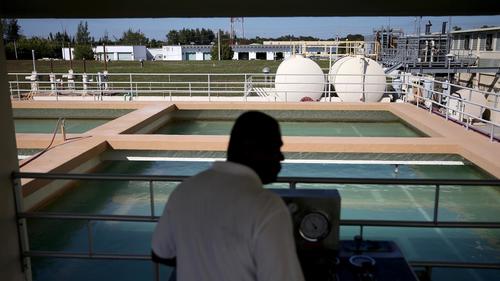 Technicians noticed the chemical levels being subject of unauthorized external manipulation in real time and immediately moved to restore the sodium hydroxide input to its safe, correct levels. The AP detailed based on local reporting: "A plant worker first noticed the unusual activity at around 8 a.m. Friday when someone briefly accessed the system."
"At about 1:30 p.m., someone accessed it again, took control of the mouse, directed it to the software that controls water treatment and increased the amount of sodium hydroxide," the report continued.
The hacker or hackers have yet to be uncovered and apprehended. According to details announced by the county sheriff Bob Gualtieri and featured in Tampa Bay Times:

Someone remotely accessed a computer for the city’s water treatment system and briefly increased the amount of sodium hydroxide, also known as lye, by a factor of more than 100, Gualtieri said at a news conference Monday. The chemical is used in small amounts to control the acidity of water but it’s also a corrosive compound commonly found in household cleaning supplies such as liquid drain cleaners.

"This is obviously a significant and potentially dangerous increase," the Pinellas County sheriff added. 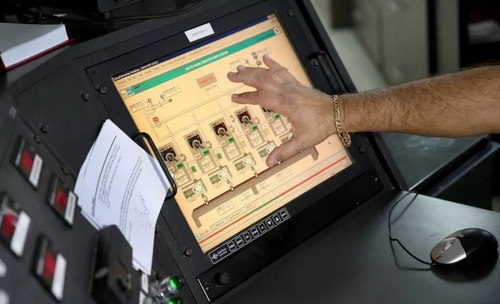 He further explained that the hacker's changes inside the system were detected before any damage was done that could affect the public: "The public was never in danger," Gualtieri said additionally. "Even if the plant operator had not quickly reversed the increased amount of sodium hydroxide, it would’ve taken between 24 and 36 hours for that water to hit the water supply system."
The Oldsmar water treatment plant is responsible for supplying water to an estimated 15,000 residents along with dozens of businesses. It essentially appears the hacker was attempting to poison the drinking water for an entire town.
Police press conference revealing the hack and its extent to the public on Monday:
Currently the FBI and Secret Service have joined county sheriff efforts at attempting to trace the hack.
The alarming incident comes following federal officials and cybersecurity experts over the past several years expressing anxiety over the vulnerability of vital US infrastructure to potentially devastating hacks, particularly from foreign entities, which could in some cases actually threaten lives.