“Even Joe Biden called me crazy,” she said. “I demand an apology from every single one of you.” 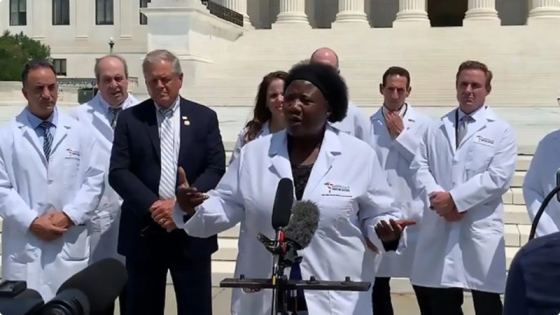 “I demand an apology,” wrote Immanuel. “When we said Hydroxychloroquine works we were ridiculed. Now studies are coming out saying it works.”
Immanuel added, “What about hundreds of thousands that have died and are still dying.”
“I demand an apology,” she said in the video. “From the media, I’m talking about CNN, CNBC, the New York Times, all those people that called me crazy, from Hollywood.”
“From all those people that sat there and made videos calling me crazy when I said hydroxychloroquine works and we should not allow people to die,” Immanuel continued. “I’m talking about FDA, CDC, NIH, I’m talking about all of you. My colleagues, the ones that called me names, the ones that threatened to report me to the board and all that stuff, because I said hydroxychloroquine works.”

I demand an apology. When we said Hydroxychloroquine works we were ridiculed. Now studies are coming out saying it works. What about hundreds of thousands that have died and are still dying. Take care of your family. Visit http://frontlinemds.com for prevention and treatment. 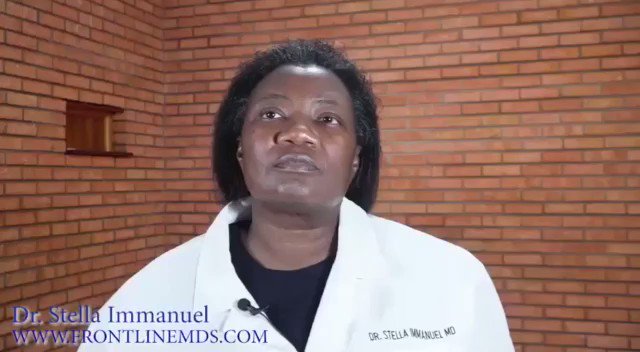 “Now you have all these studies that are saying it works. What about the 500,000 plus people who have died? Who is going to be responsible for them?” said Immanuel. “Somebody needs to get their behind sued so bad that they will not find a way out from where they’re locked up.”
“Even Joe Biden called me crazy,” she said. “I demand an apology from every single one of you.”
Immanuel reached international notoriety last year when she declared “This virus has a cure” in a press conference with the Front Line Doctors Washington, D.C., where they touted the effectiveness of hydroxychloroquine in their experiences as doctors. National File reported:
“In the past few months, after taking in over 350 patients, we have not lost one,” while treating patients with hydroxychloroquine, said Immanuel. “Not a diabetic, not somebody with high blood pressure, not somebody with asthma, not an old person. We’ve not lost one patient.”
She continued, “On top of that, I’ve put myself, my staff, and many doctors that I know, on hydroxychloroquine for prevention, because by the very mechanism of action, it works early and as a prophylactic. We see patients, 10 to 15 COVID patients every day. We give them breathing treatments, we only wear a surgical mask. None of us have gotten sick. It works.”
“I came here to Washington, D.C. to say: America, nobody needs to die.”
Immanuel received a second round of praise when she offered to prescribe President Trump – who described her as “very impressive” when asked by the press – hydroxychloroquine after he was diagnosed with COVID-19 last year.

» President Biden Demands Mercola Be Banned From Social Media
» VIRAL VIDEO Shows Split Screen of Hunter Biden Smoking a Crack Pipe and Joe Biden Bragging About Severe Punishment for Drug Crimes
» Migrant Caravan Demands Joe Biden Honors His 'Commitments'
» This is the first mRNA delivery of a v a c c ! N e in history. I don’t this you know how it works. Look this doctor up. You’ll be stunned at her qualifications.
» Biden’s Federal Vaccine Mandate Has Finally Been Issued – And It Will Deploy a National Policing Force to Ensure Compliance