YouTube Is Now Blocking US Senate Hearings Because They Don’t Like What Is Being Said Fri Feb 12, 2021 1:34 pm 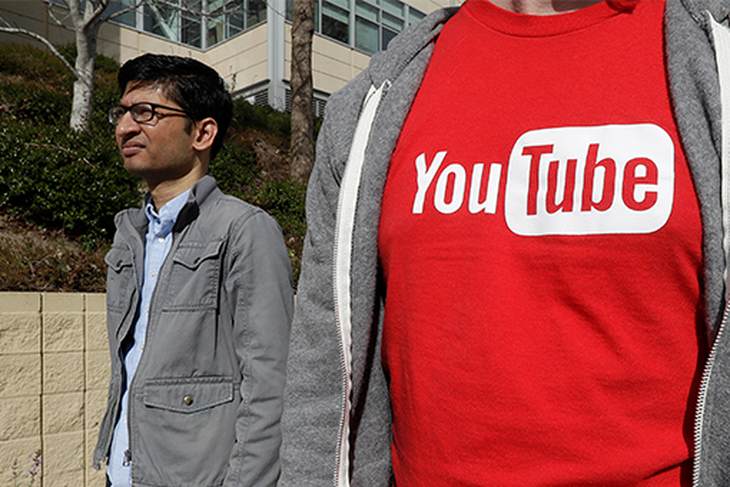 Source: streiff
Wisconsin Senator Ron Johnson takes to the pages of the Wall Street Journal today to reveal that YouTube has actually started censoring video from US Senate hearings.
Since March of last year, the China virus — its origins, spread, therapies, and preventive measures — has become of intense concern to the tech platforms that can effectively control what is said and how it is said in this country. What should have been public debate on the subject of mask wearing, lockdowns, and potential therapies has been effectively shut down. Given that the public health establishment has demonstrated that it is singularly incompetent, if not actually malicious, in how it has reacted to the Wuhan virus, the decision to stomp on the public discussion is indefensible. It is all the more so when Big Tech decides that the American people cannot be allowed to see a government-produced video of a public hearing of a US Senate Committee.

They were from a Dec. 8 Committee on Homeland Security and Governmental Affairs hearing on early treatment of Covid-19. One was a 30-minute summary; the other was the opening statement of critical-care specialist Pierre Kory.
Dr. Kory is part of a world-renowned group of physicians who developed a groundbreaking use of corticosteroids to treat hospitalized Covid patients. His testimony at a May Senate hearing helped doctors rethink treatment protocols and saved lives.
At the December hearing, he presented evidence regarding the use of ivermectin, a cheap and widely available drug that treats tropical diseases caused by parasites, for prevention and early treatment of Covid-19. He described a just-published study from Argentina in which about 800 health-care workers received ivermectin and 400 didn’t. Not one of the 800 contracted Covid-19; 58% of the 400 did.

In response to this information, the National Institutes of Health acknowledged Dr. Kory’s trial. They changed its evaluation of ivermectin from unproven to “neutral” on the grounds “that currently there are insufficient data to recommend either for or against the use of ivermectin for the treatment of Covid-19.” Keep in mind that 1200 human patients are insufficient evidence to recommend using this drug, but CDC, using two non-human dummies, concluded that double masking was exactly 96.5% effective.

Well, we can’t have real information getting out to the proles, can we? They might get all uppity and decide to make their own health choices rather than being told what to do by government bureaucrats. After the hearing video was posted on YouTube, this Alphabet (Google)-owned enterprise acted to take down the videos.

Before being removed from YouTube and other websites, Dr. Kory’s opening statement had been viewed by more than eight million people. Unfortunately, government health agencies don’t share that interest in early treatment. A year into the pandemic, NIH treatment guidelines for Covid patients are to go home, isolate yourself and do nothing other than monitor your illness.
…
The censors at YouTube have decided for all of us that the American public shouldn’t be able to hear what senators heard. Apparently, they are smarter than medical doctors who have devoted their lives to science and use their skills to save lives. They have decided there is only one medical viewpoint allowed, and it is the viewpoint dictated by government agencies. Government-sanctioned censorship of ideas and speech should frighten us all.

Sadly, this myopic and fascistic approach to the most critical public policy debate since World War II is mirrored by Facebook. If you read their rules on covering the Wuhan pandemic, you will see that posts can be deleted and users banned for such grave offenses as questioning the efficacy of facemasks or saying that lockdowns don’t work. Never mind the empirical data from the states, those “laboratories of democracy” show that neither lockdowns nor mask mandates have been demonstrated to produce outcomes superior to doing nothing.
Equally sad, this is the environment in which all conservative media exists. Our ability to argue forcefully on a variety of subjects is limited by the harsh fact that getting banned from or having your traffic throttled by Facebook will put you out of business because, in most cases, writers want to get paid, and a significant amount of revenue comes from that platform. I know I’m going to hear people say, “start your own platform,” but the experience of Parler should be a lesson to what happens when Big Tech decides to take out an upstart. The experience of The Federalist and ZeroHedge in nearly being banned from the Google ad network over speech in their comments section shows there is really no safe harbor in an advertising-supported business model for truly free speech and an open exchange of ideas.
In retrospect, on Day One, President Trump should have ordered all federal agencies to close their Facebook, YouTube, and Twitter accounts and ban the use of those applications on any federal computer system unless and until political bias was removed from their moderating policies. He didn’t, and here we are. Democrats control the White House and the Congress. Democrats are an overwhelming majority of executive branch employees. Incredibly, the officer corps of the US military has become a progressive swamp. The left controls all means of communication in this nation. The left is on the march, and they taste victory. They are so sure of their victory that Senate hearings can be memory-holed, and not a single Democrat cares.