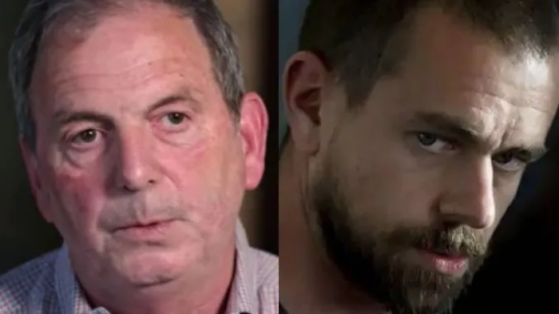 Breitbart.com reports: A Twitter spokesman told Breitbart News that the platform had looked into the matter and found no violations of its policies.
Over twenty young men have said John Weaver, who still has an active account on the platform, used Twitter’s direct messages feature to send them unwanted sexual advances.
Many screenshots of these direct messages have been published. One of the alleged victims was 14 years old, according to the New York Times.
The Lincoln Project has cut ties with Weaver as a result. But the Associated Press found that leaders of the anti-Trump organization were aware of the allegations against Weaver as early as June last of last year.
As Breitbart News’ John Nolte reported earlier today:

The far-left Associated Press released a bombshell Thursday claiming that going as far back as June, the leaders of the anti-Trump Lincoln Project knew all about multiple sexual misconduct allegations against its cofounder, John Weaver. The report also exposes the mind-boggling fact that of the $90 million the left-wing group raised, “more than $50 million has gone to firms controlled by the group’s leaders.”
…
Here’s the AP’s timeline, and while you read this, keep in mind, we’re talking about a man accused of grooming a 14-year-old boy…
All the way back in June, Steslow received an email “detailing numerous cases of sexual harassment involving Weaver that spanned several years.” Steslow took it to Galen (who has since resigned) and also to the Lincoln Project’s attorney. In phone calls made in June and August with Lincoln Project leaders, employees were told the matter would be investigated.
Weaver finally took a leave in August, months after that June email. But even after his leave, after a decade of financial problems, it looks like he was still grifting the big bucks:
“Over the past decade, Weaver has repeatedly failed to pay taxes, defaulted on loans and faced lawsuits from creditors seeking to collect. In October, he paid off $313,000 in back taxes owed to the IRS dating back to 2011, records show. A separate case in Texas is still pending over $340,000 back rent his family owes after shuttering a children’s boutique they operated, records show.”
Yes, you read that correctly… a “children’s boutique.”
Lincoln Project also failed to protect its own employees. At least two staffers say they were targeted by Weaver.

It remains unclear what level of sexual behavior would result in Twitter taking action.