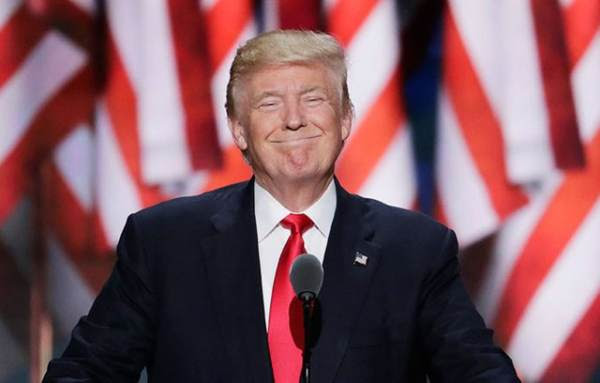 
President Donald Trump has released a statement following his acquittal on an article of impeachment for “incitement of insurrection.”

Trump was found not guilty on Saturday.
“I want to first thank my team of dedicated lawyers and others for their tireless work upholding justice and defending truth,” the statement began. “My deepest thanks as well to all of the United States Senators and Members of Congress who stood proudly for the Constitution we all revere and for the sacred legal principals at the heart of our country.” The statement continued on to say that “our cherished Constitutional Republic was founded on the impartial rule of law, the indispensable safeguard for our liberties, our rights and our freedoms.”
“It is a sad commentary on our times that one political party in America is given a free pass to denigrate the rule of law, defame law enforcement, cheer mobs, excuse rioters, and transform justice into a tool of political vengeance, and persecute, blacklist, cancel and suppress all people and viewpoints with whom or which they disagree. I always have, and always will, be a champion for the unwavering rule of law, the heroes of law enforcement, and the right of Americans to peacefully and honorably debate the issues of the day without malice and without hate.”
Trump stated that “this has been another phase of the greatest witch hunt in the history of our Country.” He noted that no other president has gone through similar.
The statement concluded that the movement to Make America Great Again is just beginning and that he “has so much to share with you” in the coming months.

Source: Cristina Laila
Donald Trump has been acquitted…AGAIN!
The second show trial of Donald Trump has come to an end.
The Senate voted 57-43 to acquit Donald Trump on Saturday.
Here are the 7 Republicans who voted to convict Trump:
Burr
Cassidy
Collins
Murkowski
Romney
Sasse
Toomey
The House impeachment managers folded Saturday morning and backed off witnesses after Trump’s legal team announced that Speaker Pelosi would be called in to testify.
The Democrats went straight to closing arguments because they have no case and they wanted to protect Nancy Pelosi.
Trump’s legal team absolutely destroyed the Democrats this week when they plated a video montage of Democrat lawmakers inciting violence against Trump supporters.
Every single Republican Senator who voted in favor of convicting Trump must be thrown out of office