The ‘Insurrection Hallucination’ and How We Got There 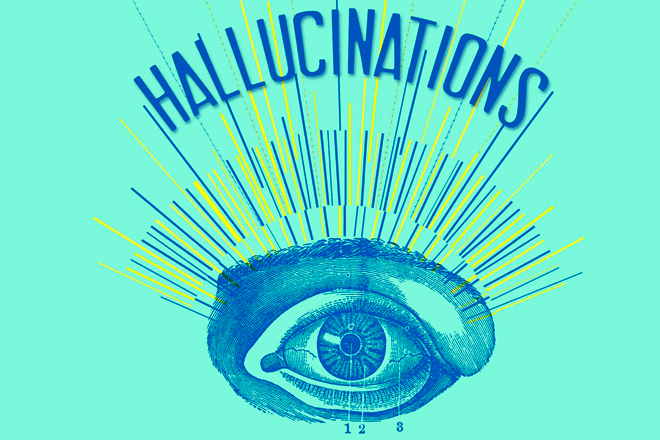 Source:Clarice Feldman
It’s no secret the media has lots of ways to gaslight you. One of those is failing to report significant happenings. Another is booking and quoting people whose views they want to advance because they target those they dislike. Yet another is spreading outright lies, like the contrafactual assertions that Antifa-BLM riots around the country for the past four years were “mostly peaceful” or that President Trump wanted people to inject bleach to kill the spreading virus. This week, despite their best efforts, a lot of those lies and liars have been unmasked.
Book ’Em: A Short History
Remember Michael Avenatti? When he was making wild charges against President Trump he was a media darling. From March 7 through May 10, 2018 news bookers pumped more gas in him than the Hindenburg. Every rolodex of every media booker must have worn thin the page with Avenatti’s contact information.

“The 47-year-old attorney has also appeared on broadcast network programs, including NBC’s “Megyn Kelly Today” and “Today,” ABC’s “The View” and “Good Morning America,” HBO’s “Real Time with Bill Maher” and CBS’s “Late Night Show.”
Avenatti has not appeared frequently on Fox News, but was interviewed by anchor Shannon Bream on “Fox News at Night” on March 20.
He was slated to appear on “The Story with Martha MacCallum” on April 23, but cancelled due to what he described at the time as a commitment to a legal case.”

He’s now facing substantial jail time on a variety of felony charges. But until he was criminally charged viewers were led to believe even his most implausible accounts against the President were to be credited.
The “Republican” Lincoln Project
Much the same was the liberal front Lincoln Project, a gaggle of self-described “Republicans” opposed to the very President responsible for more conservative  policies and programs  than Republicans could have  hoped for. Apart from personal animus, nothing better to do (since Trump didn’t and wouldn’t hire them, probably because John McCain, who had hired two of them — John Weaver and Steve Schmidt —  and John Kasich, for whom Weaver had worked, both lost), and ego, it was a way to really line their pockets.
Cable news bookers and the New York Times loved them and got out the old air pump for them, too. This week the Lincoln Project seems to have grounded its flight and locked its doors over substantial claims that one of  its founders, John Weaver, engaged in abusive homosexual activities with young men, including some who were working there. The project is — or was — a SuperPac, financed to the tune of $90 million (mostly liberal) dollars — and, therefore, freed from detailed public disclosure of their transactions. A lot of the funds ended up in their own pockets. The best account of the dubious financial accounting of the operation and its atrocious personnel policies is to be found here, the result of interviews with a number of those who worked there.

The interviews depict an organization that grew quickly, with little planning at its inception, and then began to spiral out of control as its founders quarreled over the organization’s direction, finances, tactics and even who would own the donor data that the project would eventually amass. Some of the co-founders had an informal management agreement that excluded the others, without their knowledge. Several had private firms to which the Lincoln Project channeled tens of millions of dollars that are then not subject to disclosure, while others were paid relatively modest amounts directly or nothing at all. There were clashes over ego and resentments over podcasts and television contracts.

I have little doubt that many, if not all, of the media who promoted these fakers knew full well what Weaver had been up to. Karl Rove did in 2004 and was attacked  by the Atlantic for homophobia when he raised it.
If he knew it so early on, I believe it was no secret.
New York governor Andrew Cuomo
You could hardly pick up a newspaper or turn on television news without seeing Andrew Cuomo depicted as someone who bravely locked down his state to prevent a rapidly spreading COVID-19 from killing off more of its citizens. The President got a hospital ship there in record time and provided every assistance, including a substantial number of respirators Cuomo begged for and didn’t use.

In truth, no one was more responsible for the deaths of 15,000 elderly in New York nursing homes than he. Refusing to use the emergency facilities provided him, he forced nursing homes to house COVID-19 patients removed from hospitals, and, to add to his shame, he withheld the nursing home death count, because, as his top aide Melissa deRosa admitted this week in a conference call, “we froze” out of fear federal prosecutors would use the truth against them. Anyone who spent a moment looking into the nursing home deaths knew precisely what a disaster Cuomo had inflicted on New York’s elderly. But he was the Left’s shining star. Like Avenatti, someone they saw as a future presidential contender.
We all suffer from this duplicity, as James Freeman explains:

New York’s failure to publicly acknowledge its nursing home death toll and prioritize the protection of the elderly — the state instead inflicted broad, destructive lockdowns on the general population — had consequences far beyond New York. The state was an early virus hot spot and its false data presented a misleading picture of Covid impact as scientists and policy makers sought to understand the new health threat.

Legislators are now, tardily, moving to censure him and strip him of his emergency powers.
Not all the press wore blindfolds about the corruption in New York, Janice Dean of Fox News covered it as well as she could in the face of the state officials’ deception, but even as late as Friday, neither CNN, which treated Cuomo like a major hero and celebrity,  nor MSNBC covered the unraveling of the nursing home death coverup.
Cuomo was not the only COVID-19 rock star. There was, of course, public health partisan weathervane Dr. Anthony Fauci, who along with the CDC and WHO should be treated as liars, not a sources of sound advice on the virus. You do recall his effusive praise of Cuomo on PBS, don’t you?

“We’ve got to do things that are very clear we need to do to turn this around. Remember, we can do it. We know you can do it properly, you bring down those cases. we’ve done it. We’ve done it in New York. New York got hit worse than any place in the world and they did it correctly by doing the things you’re talking about.”

The Democratic Impeachment Follies
Not only are the impeachment managers lying and flailing about with a losing case, but, as Scott Adams wisely observes, the provocation for the events of January 6 in the Capitol are directly tied to the media’s loss of credibility.
The weakness of the case against Trump is revealed — there is no evidence of the President’s inciting the riot; he asked the crowd to peacefully demonstrate for transparency and fair elections. So, by “innuendo and implication” they are attempting to make their case.
Against what Adams calls this “tapestry” approach seized upon in the absence of direct evidence, Trump’s lawyers played video clips of Democrats using the same words they accused him of using with which to incite the crowd — “fight” and “fight back.” In the same vein, Glenn Reynolds at Instapundit links to a number of media and Democratic claims of election machine fraud.
At the same time, the Democrats accuse Trump of inciting a riot by claiming election fraud and wanting a full audit of the results. They have advanced in their arguments damnable lies, among them that he called racists and Neo-Nazis “fine people,” that a Trump supporter called for the “cavalry,” when she had called for the calvary” — her prayer group — to meet, and  they cut from their quote of his speech his call for them to demonstrate “peacefully” for transparent, free elections. Just as contrafactual is the claim that this was an “armed” rebellion.” No guns were found on any of the protestors at the Capitol. The murder of Ashli Babbitt by a Capitol Hill police officer would have sparked demonstrations around the country and further calls for defunding the police if only she had been an announced Antifa or BLM thug.
Adams tweets:

Scott Adams @ScottAdamsSays
Please stop asking me to form an opinion around your hallucination that someone “incited an insurrection.” That only happened in your imagination and was created by the Fake News Industry. I don’t form policy opinions around the hallucinations of strangers

In a subsequent podcast he explains that people believe the election was not fair. The media repeatedly saying no evidence of the cheating has been found doesn’t persuade them that it didn’t exist. That the press keeps insisting we must believe that it was fair isn’t enough to erase this belief because the system as it was run in 2020 was not transparent and was run by liars who had huge reasons to lie. In sum, because of its ridiculous behavior over the past four years, voters had no reason to believe the media’s claim that the election was fair. Nor, he argues, with strong reason, should we buy into the media claim that this was a “coup” attempt, an effort to overthrow the government. In fact, the crowd, like Senator Ted Cruz, wanted to fortify the system, make it more transparent by allowing audits of the disputed states to protect the system.
On Friday, the Senate seemed to vote (they were all quite confused as to what they were voting on, or so it appeared) to allow witnesses. Trump’s counsel then subpoenaed Speaker Nancy Pelosi and Washington D.C. mayor Muriel Bowser. I suggest this was to confirm that Trump had offered in advance to place 10,000 National Guard personnel there and they refused his assistance.
I was looking forward to the Democrats further beclowning themselves and tying up the Senate for months more, but sometime on Saturday morning a couple of neurons must have created a synapse and they decided against allowing any witnesses. Saturday afternoon the vote was called and Trump was acquitted. So the show trial for their base ended with a whimper, just as did Impeachment One.