OUT OF MIND » BREAKING NEWS & HOT TOPICS » THE GREAT RESET » You’ll Own Nothing and Be Happy!? – The Great Reset

You’ll Own Nothing and Be Happy!? – The Great Reset 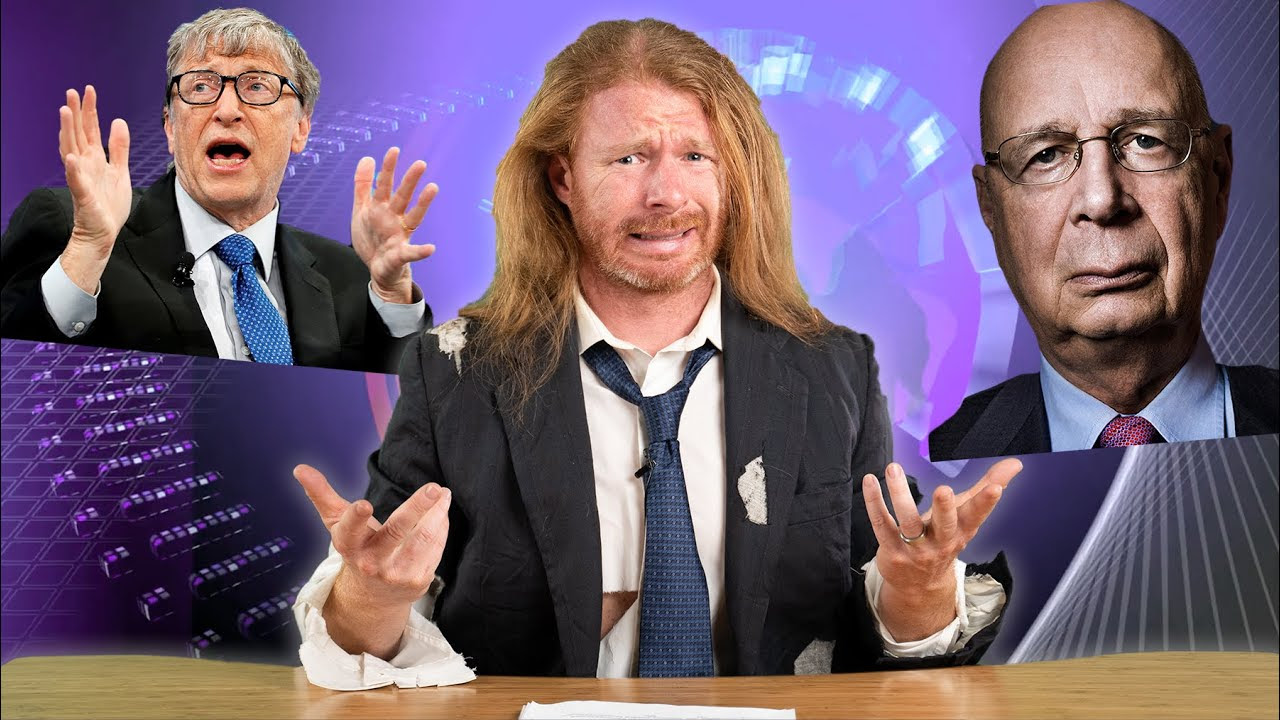 You’ll Own Nothing and Be Happy!? – The Great Reset


On January 8th, 2021, just two days after the Capitol Riot false flag, a Wikipedia page was started about comedian, JP Sears. I believe this was part of the recent push by our Politburo to identify “domestic terror threats”, i.e., anyone who might have ever expressed views that were not in line with the modern-day Communist Revolution.
Needless to say, this was something with which the Soviet admins at Wikipedia were only too happy to assist. Because nothing says “domestic terror” like a New Age comic!
Up-and-coming Canadian quackbuster, Jonathan Jarry is cited in the Wikipedia article, describing JP Sears as:

“A member of the conspirituality movement, a movement…combining New Age and conspiracy theory beliefs, in which members believe that ‘a group secretly controls the political and social order and also that humanity is on the verge of a paradigm shift in consciousness’, and is linked to belief in QAnon conspiracy theories. Jarry notes that Sears was ‘recently censored on YouTube for spreading unfounded conspiracy theories’ and that ‘JP Sears [uses] his massive online platforms to discredit public health measures against COVID-19 and to open the door to grand conspiracy theories. Distrust is the name of the game, and he does it with comedic flair.'”

JP Sears has never publicly expressed support for QAnon, yet this Wikipedia article attempts to imply that he’s somehow connected to it, similarly to how a recent hit piece labeled me as a “QAnon conspiracy theorist.”
In 2019, the FBI named QAnon a “domestic terror threat” and it appears that anyone whose online history shows any support for Q is at risk for eventually getting rolled-up, should the Communist takeover of the US continue at its present pace.
The Canadian quackbuster and these articles appear to be coordinated and proliferating rapidly, I believe in order to build cases for our eventual internment in re-education camps, something that several mainstream talking heads have called for and of which AOC said on-camera that the budget for “de-radicalization programs” for Trump supporters should be “tripled or quadrupled”.

***
In his latest video, JP Sears applies his comedic flair to Klaus Schwab’s Great Reset. He says:
“Recently, Schwab endeared the world when he said, ‘By 2030, you’ll own nothing and be happy about it.’
“Wow! That seems like a win-win – and he believes you’re dumb enough to fall for it – and you kind of are.
“So, here’s how it’ll work under the World Economic Forum’s vision: Governments and the super-rich, who already control the governments will own everything. That’s a win for them.
“Meanwhile, you own nothing, which is a win for you – according to them – but you’ll be allowed to rent things from the government that you need, like clothes, shelter and a pacifier for your baby.
“You’ll also receive an income from the government. Sounds great, doesn’t it?…
“In this innovative vision of freedom, you’ll be completely controlled by the government, because you’re completely dependent on the government.
“I smell a social credit score. Will there be a social credit score that requires you to be strictly obedient to the government in order to receive your meager rations? (Nods ‘yes’).
“Like, I don’t know, does the World Economic Forum’s vision sound like Socialism, Communism and totalitarianism? No, because they’re calling it something different – ‘the Great Reset’…
“But if Socialism, Communism and Totalitarianism is so great – and indeed, it is – why are some slightly skeptical about Klaus Schwab’s agenda?
“Well, that question sounds like Hate Speech, so we’ll gladly censor any attempt to even ask it. A better question that you’re allowed to ask is, ‘How are the very-empowering-to-the-people forms of government, such as Totalitarianism even accepted by the masses in the first place?
“Now, that’s a great question and the answer that you’re commanded to accept is, ‘They prey on you by glorifying how great it would be if they took the burden of self-responsibility off your shoulders. Then, you no longer have to create your own income, worry about food or buy things, because those things take hard work.
“So, wouldn’t it be easier to let people rule over you, so they can do those things for you? In addition, they also take away people’s ability to work, even if they want to, which creates further dependency on the government…
“Why would Schwab and the super-rich want to rule over you in such a Totalitarian way? Well, that’s not what they’re doing, because they call it something different.
“The World Economic Forum uses cool propaganda to manufacture your consent. They use compelling and definitely not misleading words like ‘sustainability’, ‘climate change’ and ‘improving the state of the world’, because that’s what they’re doing.
“So, why do they want to rule over you in a Totalitarian way, while you think they’re doing something good for the world? Well, factcheckers have verified they would have no motive because it’s not like nefarious people who have acquired mega wealth would want more wealth and more possessions.
“It’s also not like if you owned nothing, then they would own everything – literally, everything.
“The reality is, you’ll own nothing and be happy and they’ll own everything and be happier.”

OUT OF MIND » BREAKING NEWS & HOT TOPICS » THE GREAT RESET » You’ll Own Nothing and Be Happy!? – The Great Reset