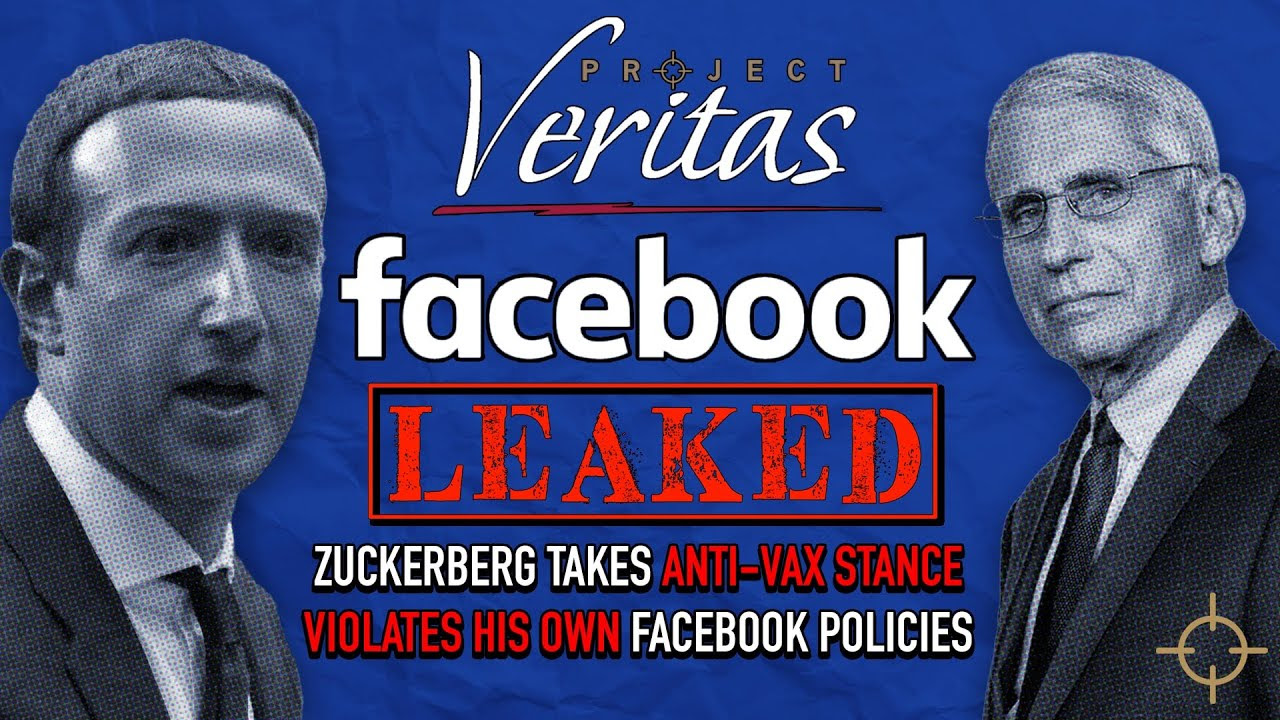 Project Veritas has released a video of Facebook CEO, Mark Zuckerberg taken during a company virtual meeting last July, in which he made statements that would cause Facebook’s censorship algorithms to kick him off the platform, under their new rules.
Last week, Facebook announced that they are “expanding [their] efforts to remove false claims on Facebook and Instagram about COVID-19, COVID-19 vaccines and vaccines in general during the pandemic,” and they also said they would remove claims that vaccines change people’s DNA.
Although Facebook claims that it wants people to “discuss, debate and share their personal experiences, opinions and views,” as these pertain to the pandemic, it will now remove posts expressing concerns about the vaccine, even though these same concerns were expressed by their own CEO.
The verbatim quote made on video by Zuckerberg was, “I do just want to make sure that I share some caution on this, because we just don’t know the long term side effects of basically modifying people’s DNA and RNA to um, to directly encode in a person’s DNA and RNA – basically, the ability to um, to, to produce those antibodies and whether that causes other mutations or other risks down, downstream. So, there’s work on both paths of vaccine development.”
Again, Zuckerberg would be banned from Facebook for saying this and anyone uploading the video to the platform risks being flagged by Facebook’s censorship AI and banned.
This Great Reset censorship has achieved peak insanity. James O’Keefe asks, isn’t it interesting that Zuckerberg can go “as far as to caution his own staff but as soon as he’s made up his mind or appears to have made up his mind on the topic, he disallows the almost 3 billion Facebook users to do the same?
“Rules for thee but not for me! The irony is, under their own community standards, they say they want people to quote, ‘discuss, debate and share their personal experiences, opinions and views as it pertains to the pandemic,’ but how do you quote, ‘discuss or debate’ something if you can’t even share opposing views or even facts – or even Facebook CEO Mark Zuckerberg’s own statements?…
“What happened to free speech? And who is on this Facebook Oversight Board who makes all their policy decisions?…Why do they determine what we can or can’t say as it pertains to our health?
“We would know none of this but not for the fact that we have a brave Facebook insider that continues to leak and transmit videotape of Facebook executives to Project Veritas. It’s not that the insider is betraying Mark Zuckerberg, it’s that Mark Zuckerberg is betraying what Facebook ought to stand for.”