OUT OF MIND » BREAKING NEWS & HOT TOPICS » THE GREAT DIE OFF » ‘No Jab, No Job’ – UK Firms Set to Make Vaccines Mandatory 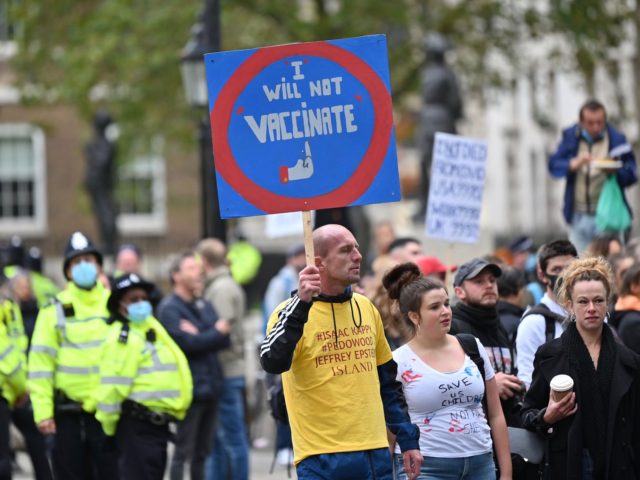 Companies in Britain have been tasking law firms to craft “no jab, no job” contracts that would bar prospective employees from being hired unless they have been vaccinated against the Chinese coronavirus.
While the government has publicly claimed that it has no intentions of requiring domestic vaccine passports, ministers have admitted that private businesses may take up the mantle of imposing it on the British public.


Speaking to the Financial Times, law firms said that they have already been contacted by companies, including care homes and multinational corporations, which are looking to draw up contracts that would require employees to be inoculated against the virus.
One unnamed attorney told the paper that such requirements could be risky as they might trigger discrimination claims from people who refuse to take the vaccine on religious grounds, pregnant women, or those who have health conditions, such as allergies, which prevent them from taking the jab.
The lawyer did note that in sectors in which employees are surrounded by at-risk people, such as in care homes, so-called “no jab, no job” contracts may ultimately be defensible.
Some of the law firms contacted claimed that businesses have also begun inquiring about how to require that those already employed receive the vaccine.
However, companies seeking to change the contracts of people already employed would need to gain the consent of the worker, a partner at the law firm Lewis Silkin, James Davies, cautioned.
The Confederation of British Industry (CBI) said that there was no justification for businesses to require vaccines for employees, saying that mass testing would be a preferable option.
The chief executive of the human resource firm CIPD, Peter Cheese, said: “The UK government hasn’t made the vaccine compulsory, so neither can employers.”
Mr Cheese added: “Nor should they be restricting people coming into work based on whether they have had the vaccine.”

Not only are these examples of how not to be in charge of anything going the extra mile to inflict and generate intense anger, they are in complete ignorance of any knowledge of the Nuremburg trials. Or maybe they believe such historic rulings do not apply to them.

Viral videos of supermarkets demanding a medical exempt customer wear a yellow star on their premises have not unreasonably been compared to Europe under occupation in the 1940's.

No jab no pay will be extended to any payments from any Gov dept soon, including pensions and disability payments, the mystery is why they haven't played cheerleaders to such tyranny already.

Raab a Gov Minister has already said no jab no food......think that one over for a moment

This international suggestion of idiots being allowed to show the world how unsuited they are for anything but living in trees, stealing shiny things, and existing on fruit, is a great theory. These failed lab experiments actually cannot see anything wrong with what they are doing.

Last week the minister for dept of work and pensions said on tv to Piers Morgan the reason the virus is causing so much harm is because people are to fat and living to long.

OUT OF MIND » BREAKING NEWS & HOT TOPICS » THE GREAT DIE OFF » ‘No Jab, No Job’ – UK Firms Set to Make Vaccines Mandatory