OUT OF MIND » THE INSANITY OF REALITY » GOVERNMENT & THE NEW WORLD ORDER » Trump: ‘Biden Is Either Lying Or Mentally Gone’

Trump: ‘Biden Is Either Lying Or Mentally Gone’

“I’m the only one who gets impeached and my numbers go up. I mean figure that one out.” 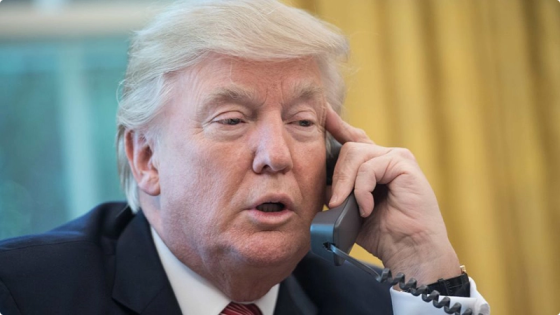 Source: Steve Watson
Breaking a one month silence Wednesday, President Trump appeared on a number of cable news channels, hinting at a 2024 run, a potential launch of his own social media platform, and slamming Joe Biden for lying about the coronavirus vaccine rollout.
Appearing on Newsmax, Trump addressed Biden’s blatant lie Tuesday night about there being no available vaccine.


At the beginning of the town hall, President Biden claimed he didn't have a vaccine when he came into office.

The first shots occurred on December 14 and one million doses were being administered per day when he took office on January 20. pic.twitter.com/NX61LTvqF7
— Daily Caller (@DailyCaller) February 17, 2021

“I saw that he said there was no vaccine before he came into office and yet he got a shot before he came into office,” Trump said.
“So either he’s not telling the truth or he’s mentally gone. One or the other,” he added.
“He’s getting killed on this,” Trump continued, adding “Even the haters said, ‘Well wait a minute, this vaccine was announced long before.’”
“Could he be joking? Because, frankly, that was a very dumb statement,” Trump considered.

Donald Trump says President Biden is "either not telling the truth, or he's mentally gone" based on his vaccine statements. @gregkellyusa http://nws.mx/tv 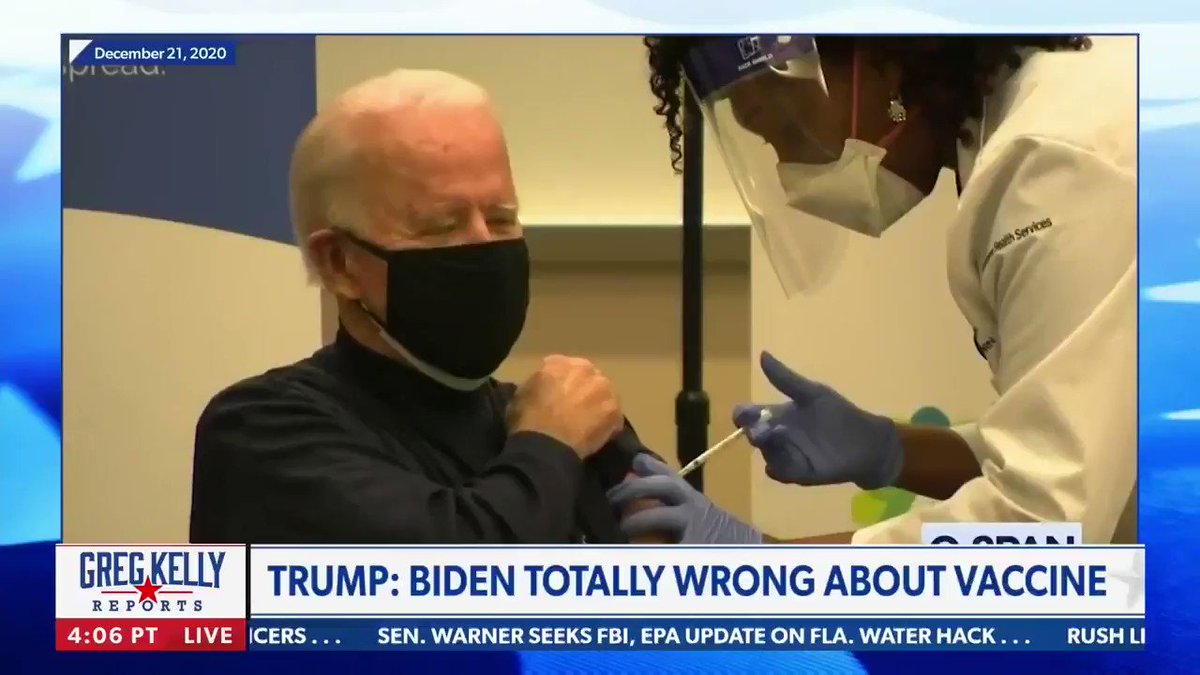 Biden admitted Tuesday night that he wakes up every day and asks where the hell he is, since moving into the White House.
Elsewhere during the conversation, Trump admitted that he misses being the President, saying “Everything was happening great… It’s too bad.”
When asked if he is considering another run, Trump replied “I won’t say yet, but we have tremendous support.”
“It’s too early to say… but I see a lot of great polls out there,” he added.

2024?: Donald Trump on whether he will run for president again, "I won't say yet, bet we have tremendous support." @GregKellyUSA http://nws.mx/tv 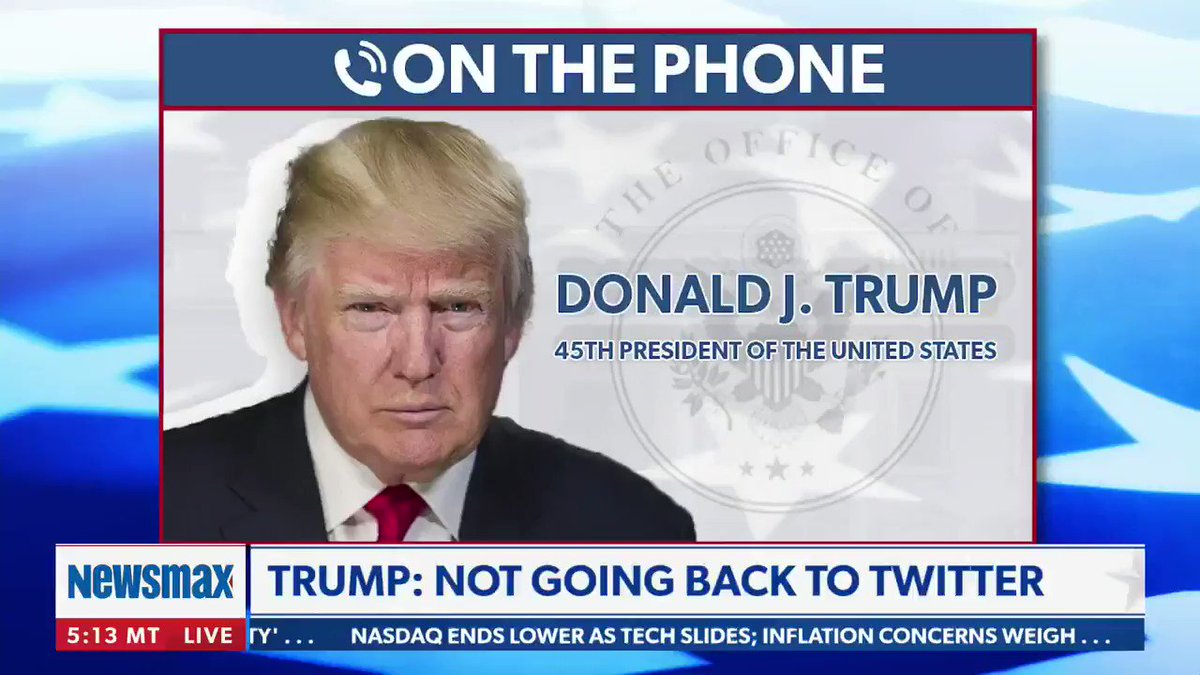 Referring to his rising popularity among conservatives, Trump declared “I’m the only one who gets impeached and my numbers go up. I mean figure that one out.”
Referring to social media, Trump proclaimed “We don’t want to go back to Twitter,” adding: “I understand it’s become very boring and millions are leaving.

: The former President speaks out about being permanently suspended from Twitter: "I understand it's become very boring." @gregkellyusa http://nws.mx/tv 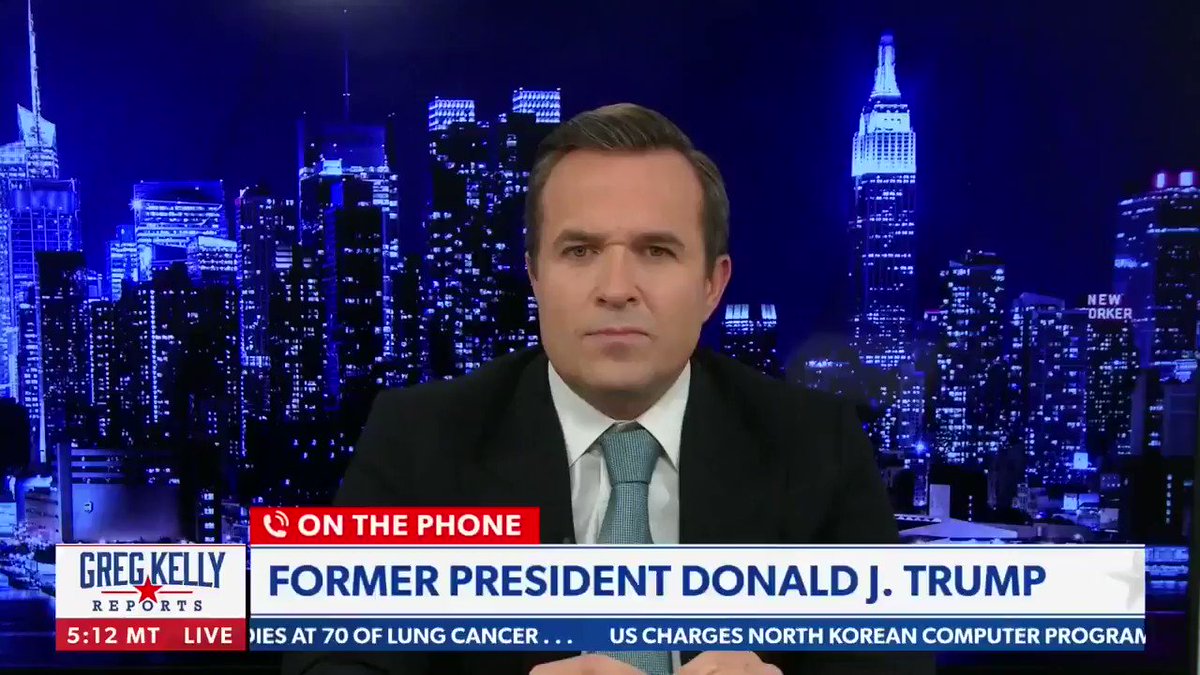 Trump said his team is looking at different options for a social media return, and is “negotiating with a number of people,” but also intimated that he could build his own platform.
“We’re looking at a lot of different things,” Trump said.

OUT OF MIND » THE INSANITY OF REALITY » GOVERNMENT & THE NEW WORLD ORDER » Trump: ‘Biden Is Either Lying Or Mentally Gone’