OUT OF MIND » BREAKING NEWS & HOT TOPICS » THE GREAT DIE OFF » California School Board Members Mock Worried Parents, ‘I’m Gonna F**k You Up’, Adds ‘They Want Their Babysitters Back’

California School Board Members Mock Worried Parents, ‘I’m Gonna F**k You Up’, Adds ‘They Want Their Babysitters Back’

The meeting of the Oakley Union Elementary School District was broadcast to the public, and recorded by concerned parents 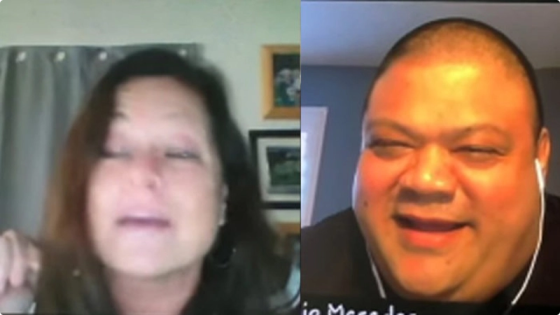 Members of a school board in California were caught on camera mocking parents who want to reopen schools, claiming they just “want their babysitters back.”

During a regular meeting of the Oakley Union Elementary School District, members of the School Board, not knowing that their meeting was open to the general public, began attacking parents who were concerned about the school closures due to the coronavirus pandemic.
The insults began flying after Superintendent Greg Hetrick mentioned that a local district changed how they performed public comment, with citizens only allowed to send in 3 minute voicemails. The board members concurred that they should follow their lead, and began complaining about annoyed parents writing into them.
“It’s easy to hide behind a screen, but when you’re face to face with people, it’s a whole different ball game,” said Richie Masadas. Kim Beede, a previous President of the School Board, referred to being attacked on social media by parents.
Beede claimed that she wasn’t “doing anything bad,” and then asked if they were alone, before launching into a tirade.
“Bitch, if you’re gonna call me out, I’m gonna f**k you up!” Beede said, and laughed along with many of the members. “Sorry, that’s just me!” she added.
“They forget that there’s real people at the other side of those letters that they’re writing,” said Lisa Brizendine. “We’re real community members. We have kids who have known kids that have gone to these schools. We have a vested interest in this process, and they don’t know what we know behind the scenes. It’s really unfortunate that they want to pick on us because they want their babysitters back,” Brizendine continued, with board members agreeing.

BREAKING: Oakley, CA school board members caught on tape mocking parents who desperately need their kids back in the classroom. “Are we alone?” one says. “Bitch, if you’re going to call me out, I’m going to f*** you up!” Another adds, “They want their babysitters back.” 1/3 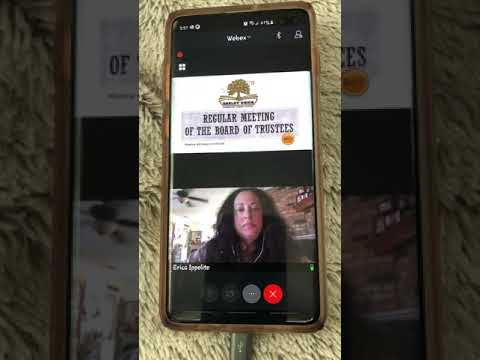 Masadas agreed, and then began insinuating that the parents only wanted to get their kids back to school so that they could smoke marijuana in peace.
“I totally hear that, because my brother had a delivery service for medical marijuana, and the clientele were parents with their kids in school,” he said, causing members to burst out in laughter. “When you’ve got your kids at home, no more [smoking weed]!”
Nearing the end of the recording, the members were informed that the meeting was open to the public, with Brizendine denying that they had been caught red handed. The meeting was swiftly closed off, but the damage was done.
Parents were understandably furious at the comments from the school board members. Kendra Romero, who uploaded the meeting to YouTube, described their behaviour as “disgusting,” and that as parents, they “should not tolerate our representative to behave in this manner. Oakley needs a new school board that will stand up for parents and children.”
Another parent, Rebecca Mackowiak, launched a petition demanding that the members of the school board resign immediately, or face being recalled due to their “egregious” behaviour. “They should no longer represent the parents, teachers, and children in this district,” she added. At the time of writing, the petition has over 2,100 signatures, and is still rising.
In a statement, Hetrick described the comments at the meeting as “unfortunate and truly inappropriate,” despite not calling them out at the time. “These comments are not typical and more importantly they are not what the community should expect from our school district,” he continued:

The comments made were not in alignment with our Vision and are definitely not what any of us stand for as leaders. I know that we lost trust with the community. I will not make excuses for what happened or why it happened. I am the superintendent. I am responsible and accountable and I am truly sorry for what took place. I have been and continue to be committed to working together for the betterment of the Oakley Union Elementary School District students, staff and entire school community. I know that our students deserve better from us. I pledge to work collaboratively with stakeholders and community members to begin doing the important work that is needed to rebuild community trust in our district.

You can watch the full recorded video below:

Members of the Oakley Union Elementary School District Board of Trustees in California thought they were speaking privately during an online video meeting Wednesday but later found out the public could hear and see them making disparaging comments about parents. The candid discussion sparked outrage among parents, who started a petition calling for board members to step down. By Friday night, every member of the school board resigned. NBC’s Kathy Park reports for Weekend TODAY.

OUT OF MIND » BREAKING NEWS & HOT TOPICS » THE GREAT DIE OFF » California School Board Members Mock Worried Parents, ‘I’m Gonna F**k You Up’, Adds ‘They Want Their Babysitters Back’