Shrooms: The Tesla Of Drugs 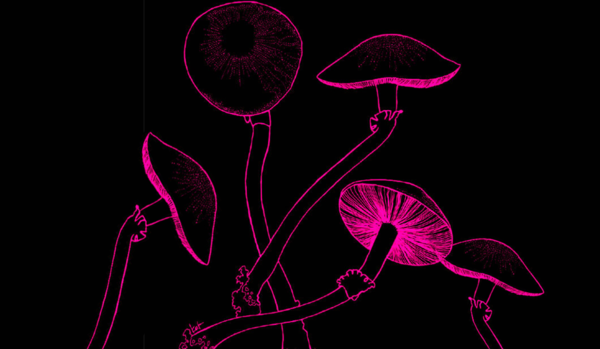 While cannabis gets most of the attention in the drug legalization conversation, magic mushrooms could be next in line to dominate the headlines. Advancements in the cultivation of psilocybin – the active ingredient in psychedelic mushrooms – have begun to pave the way for shrooms to be seen as everything from a productivity enhancer for CEOs, to legitimate treatment for those suffering from depression and PTSD. Here’s why shrooms are the future.

The Case For Shrooms

Magic Mushrooms – aka Psilocybin Mushrooms – are a naturally occurring fungi that have been consumed by indigenious civilizations for thousands of years. Often seen simply as a vehicle for getting high and having an awesome hallucinogenic “trip,” more and more research has shown that psilocybin mushrooms are very successful at treating anxiety, depression and drug dependency, which furthers their case for inclusion in society’s mainstream, and makes them a valuable commodity for the future of mental health.

Mushrooms can be consumed in a variety of different ways, the most popular being dried and then baked into chocolate, boiled into tea, or ingested by chewing raw. Chewing raw is the only method in which the taste isn’t really masked, whereas the other forms all dilute or diminish the mushroom’s distinctly bitter flavor. A typical mushroom dose is between 0.5 and 3 dried grams, and anything above 5 grams is considered to be very heavy. Thus, you don’t need to consume a lot in order to feel the effects, which bodes well for magic mushrooms’ ability to help a vast amount of people without needing a ton of supply, especially since there’s no shortage of them.

While mostly viewed as a psychedelic drug, psilocybin mushrooms have also been proven to help users temporarily disintegrate their ego and experience spiritually uplifting and life changing insights while tripping. The act of “tripping” can thus be so much more than seeing beautiful colors, wobbly visuals and profound sounds – it can be an aid for people to experience and tap into the depths of their being in ways that traditional forms of therapy have not been able to emulate. In addition to tripping, microdosing psilocybin mushrooms has become a popular way to achieve improved well-being or an enhanced mental or emotional state. As a result, shrooms can be disseminated to a wide audience, depending on the audience’s needs and wants, since not every consumer will want to experience a full mushroom trip.

Cannabis is still the burgeoning industry that everyone and their mother is currently getting into, but riding its coattails are magic mushrooms. More and more states are either legalizing psilocybin mushrooms or decriminalizing their possession, and it appears that the health benefits are vast enough to commodify magic mushrooms as a cornerstone of mental health treatment, particularly as more and more industries are taking note of the importance of mental and emotional health as it pertains to one’s overall sense of wellbeing. In the same way that Tesla has transformed the automotive industry, magic mushrooms’ well-documented health benefits and increased legalization all point to them being a disruptor of positive change for the mental health industry for generations to come.

» Son of Tesla
» Nikola Tesla’s UFO
» An Evening with Tesla & J.P. Morgan
» Tesla Technology (De)Classified
» Why was Tesla obsessed with the pyramids ?