OUT OF MIND » THE INSANITY OF REALITY » GOVERNMENTS & THE NEW WORLD ORDER » Situation Update, Feb. 25th – Is FAKE Prez. Biden about to be exposed and removed?

Situation Update, Feb. 25th – Is FAKE Prez. Biden about to be exposed and removed? 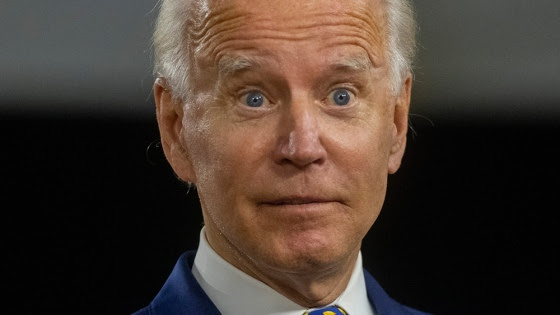 Thursday, February 25, 2021 by: Mike Adams
(Natural News) Fake President Biden, an imposter whose puppetmasters rigged the election to carry out an illegal, criminal coup against America, may be on the verge of being exposed and removed. Many startling anomalies continue to surface, including the fact that US Marines are, at times, no longer stationed outside the Oval Office, even when Jen Psaki claims “President Biden” is working inside.
For over a century, every U.S. President has given a State of the Union address in either January or February, yet there is zero talk of such an address coming from Biden. Given that everything else about Biden has been a staged theatrical production — the fake inauguration, his fake “acceptance” speech, a rigged election, etc. — we must wonder whether the Biden green screen production team will try to pull off some sort of artificial, pre-recorded State of the Union address and claim “covid” is the reason he can’t appear in person.
(Isn’t it amazing how the plandemic gives full cover to the entire theatrical production we’re watching here?)
On top of all that, 36 Democrats are reportedly demanding Biden give up control over the US nuclear codes, further reinforcing the idea that Biden is obviously not “their” president.
In today’s Situation Update, we also delve into the Equality Act, a wholesale attack on Christians, rationality and reason, which would force corporations and hospitals to embrace transgender delusions as if they were biological reality. But there’s a twist in all this that I reveal in the podcast.
Note also that the intolerant, bigoted Left is practically applauding the straight-up torture of a conservative trans activist named Jessica Watkins, who was stripped naked and left in indefinite confinement in a U.S. prison merely for being present at the January 6th capitol events, even though she committed no violence and did nothing to destroy property. Where is the loudmouthed Left when it comes to the trans rights of conservative trans individuals?

Nothing but silence. In truth, the Left doesn’t believe in trans rights at all. They only believe in the obedience of the “left cult,” a dangerous, demented cult of wokeism that demands total obedience and espouses violence against those who reject the cult.
Covid-19 vaccines are now linked to symptoms of breast cancer, and in a truly bizarre twist, Pfizer is demanding the nations like Argentina and Brazil sign over their military bases and embassy buildings to the vaccine giant so that Pfizer can be sure they will grant the company absolute legal immunity from all the deaths and injuries caused by their covid vaccines. That story, published at Great Game India, is covered in today’s podcast. (Click to Source)
Listen here and share wherever you can:
Brighteon.com/2b206996-feb8-4b43-a3d3-bd0a68ae3a09
https://www.brighteon.com/embed/2b206996-feb8-4b43-a3d3-bd0a68ae3a09
Find each day’s new podcast at:
https://www.brighteon.com/channels/hrreport
P.S. We are carrying out a major migration of the Brighteon back-end system around midnight on Monday, March 1st, so expect possible glitches or short-term outages in the early morning hours of Tuesday.

OUT OF MIND » THE INSANITY OF REALITY » GOVERNMENTS & THE NEW WORLD ORDER » Situation Update, Feb. 25th – Is FAKE Prez. Biden about to be exposed and removed?