OUT OF MIND » THE INSANITY OF REALITY » GOVERNMENT & THE NEW WORLD ORDER » IT'S ALRIGHT IF THEY DO IT! - Biden: Throwing ‘Kids in Cages’ Is Now ‘Moral and Humane’

IT'S ALRIGHT IF THEY DO IT! - Biden: Throwing ‘Kids in Cages’ Is Now ‘Moral and Humane’ Source: Niamh Harris
The Fake Biden administration has flipped the narrative on detaining children in migrant facilities at the border.
During President Trump’s term, the White House was sharply criticized for making use of migrant detention centers to house unaccompanied children.
Democrats and their mainstream media cheerleaders slammed Trump for the use of Obama-era “cages” at the border.
Despite this, Biden has now decided to adopt the very same measures used by Trump.
Theblaze.com reports: What was considered the tragic and deplorable locking of “kids in cages” under former President Trump is now considered the only “humane and moral” thing to do, according to the new administration.
During Monday’s White House press briefing, White House press secretary Jen Psaki admitted the administration is handling the rapid influx of unaccompanied children crossing the U.S.-Mexico border by reopening surge facilities dedicated to temporarily housing migrant children until they can be transferred to long-term facilities. But this, she said, is “safe and humane.”
“We’ve made a policy decision as an administration that the humane and moral approach is to keep these kids safe and get them into facilities that are safe,” Psaki stated, adding, “It is an area of policy discussion, how will we continue to accommodate, in a safe and humane way, these kids.”
“Our objective remains moving them as quickly as possible out of the Border Patrol facilities,” she continued. “[But] in order to do that, we need to have shelter facilities that are safe, that have access to educational resources, legal resources, health and medical resources, and we need to ensure that we have capacity to do that.”

Jen Psaki just admitted to putting more kids into cages at the border and explained that it is a "policy decision as an administration." 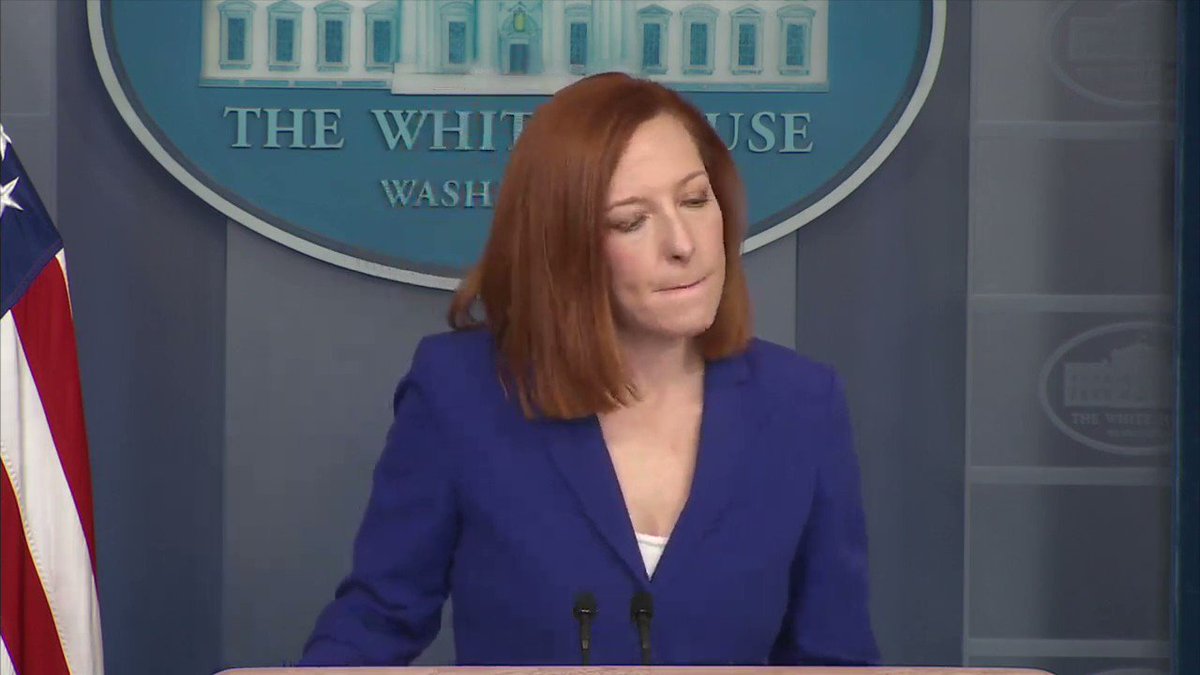 Democratic lawmakers and progressive immigration activists excoriated Trump in 2019 when his administration opened a surge facility in Carrizo Springs, Texas — for just one month. Frustrated over the attack, Trump pointed out that it wasn’t his administration that built the so-called “cages”; rather it was the Obama administration with Biden serving as vice president.
Now these surge facilities are in line to get much more use than they ever did during the previous administration. As the Biden administration has consistently and loudly broadcast lenient immigration enforcement policies to the world, an unprecedented number of migrants have rushed to the southern border.
Obviously unprepared to handle the surge, the administration has been forced to adopt crisis mode interventions, such as reopening migrant children housing facilities and purchasing plane tickets to fly migrant children to their relatives’ residences in the U.S.
The Department of Homeland Security projects 117,000 unaccompanied migrant children will illegally enter the U.S. this year, 45% more than any other year on record. As of last week, the administration was short by approximately 20,000 beds and predicted that shelters would be at full capacity by the end of the month.
Believing the Fake Biden administration is not up to the challenge, Republican Texas Gov. Greg Abbott recently ordered the Texas National Guard to the border to help with the crisis.

OUT OF MIND » THE INSANITY OF REALITY » GOVERNMENT & THE NEW WORLD ORDER » IT'S ALRIGHT IF THEY DO IT! - Biden: Throwing ‘Kids in Cages’ Is Now ‘Moral and Humane’