OUT OF MIND » THE INSANITY OF REALITY » POISON PLANET » The Dimming, Full Length Climate Engineering Documentary 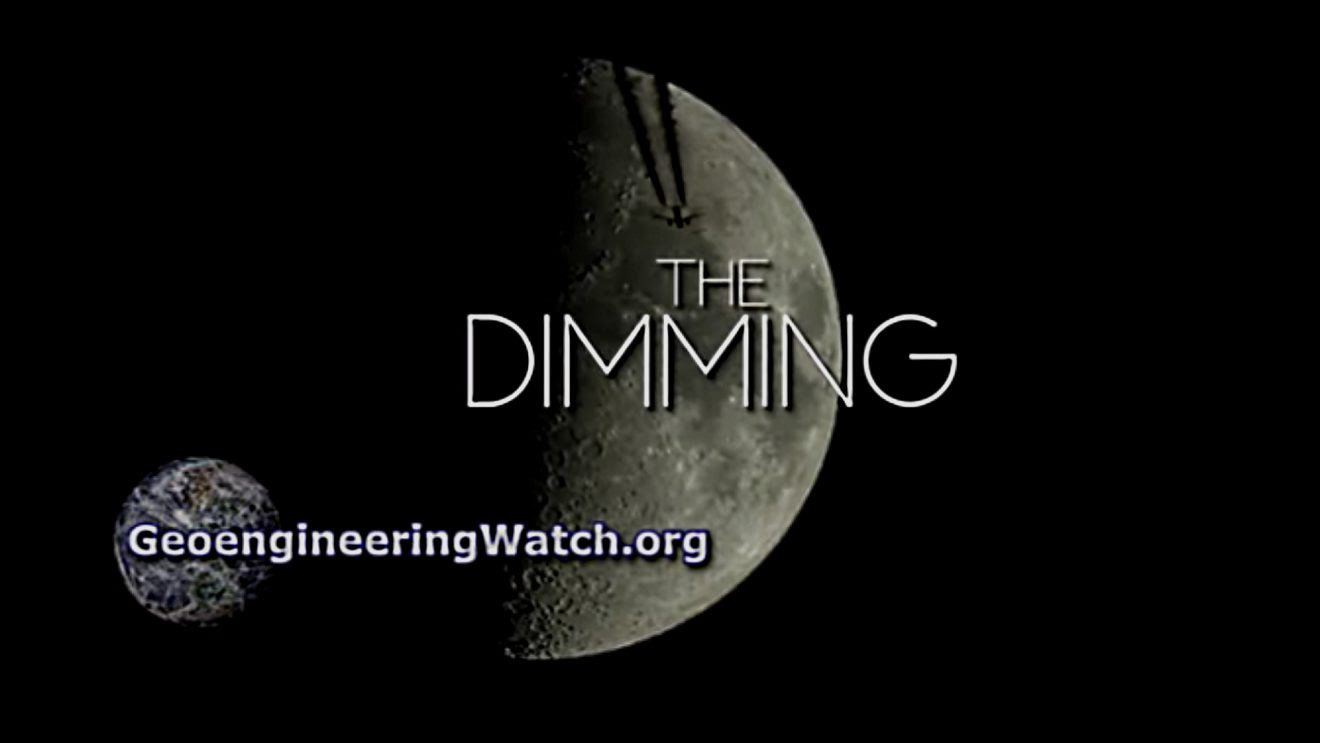 GeoeongineeringWatch.org is excited to announce the release of our groundbreaking documentary that conclusively exposes the existence of global climate engineering operations.
Global climate engineering operations are a reality. Atmospheric particle testing conducted by GeoengineeringWatch.org has now proven that the lingering, spreading jet aircraft trails, so commonly visible in our skies, are not just condensation as we have officially been told. Over 75 years ago global powers committed the planet and populations to a climate engineering experiment from which there is no return. The intentional dimming of direct sunlight by aircraft dispersed particles, a form of global warming mitigation known as “Solar Radiation Management”, has and is causing catastrophic damage to the planet’s life support systems. The highly toxic fallout from the ongoing geoengineering operations is also inflicting unquantifiable damage to human health. Why aren’t scientists or official sources disclosing the ongoing climate engineering operations? Who is responsible for carrying out these programs? What will the consequences be if geoengineering / solar radiation management operations are allowed to continue?  The Dimming documentary will provide answers to these questions and many more. Thank you for viewing and for notifying others of The Dimming film release.

All are needed in the critical battle to wake populations to what is coming, we must make every day count. Share credible data from a credible source, make your voice heard. Awareness raising efforts can be carried out from your own home computer.

Dane Wigington
Dane Wigington has a background in solar energy. He is a former employee of Bechtel Power Corp. and was a licensed contractor in California and Arizona.
His personal residence was featured in a cover article on the world’s largest renewable energy magazine, Home Power. He owns a large wildlife preserve next to Lake Shasta in Northern California.
Dane made the decision to focus all of his efforts and energy on full time investigation of the geoengineering / solar radiation management issue when he began to lose very significant amounts of solar uptake due to ever-increasing solar obscuration / global dimming caused from the ongoing jet aircraft spraying / aerosol dispersions. Dane also noted a significant and accelerating dechttps://www.geoengineeringwatch.org/line in overall forest health along with increasing UV radiation levels. These factors and others were catalysts that triggered Dane’s testing and research into the geoengineering issue which has been ongoing for over decade and a half.
As the lead researcher for GeoengineeringWatch.org Dane and has investigated all levels of geoengineering, solar radiation management, and global ionosphere heaters like HAARP. Dane has appeared on an extensive number of interviews and films to explain the environmental dangers we face on a global level from the ongoing climate engineering assault.
www.geoengineeringwatch.org/

OUT OF MIND » THE INSANITY OF REALITY » POISON PLANET » The Dimming, Full Length Climate Engineering Documentary