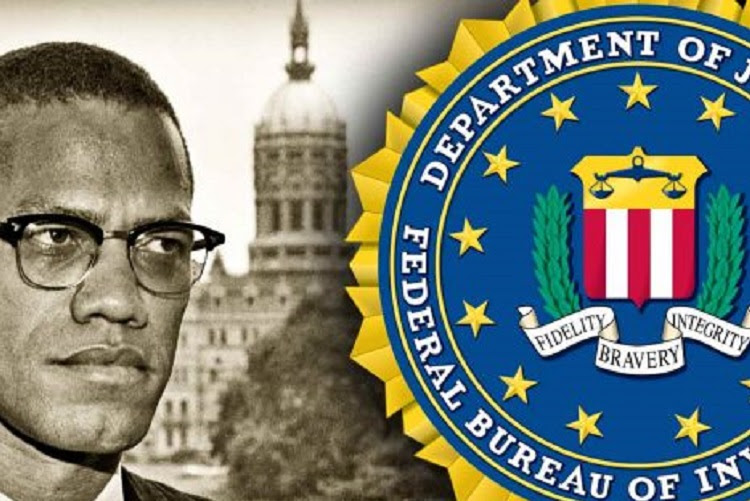 By Matt Agorist
Manhattan, NY — Last month marked the 56th anniversary of the assassination of Malcom X. Since that fateful day back in 1965, controversy has swarmed the case with conspiracy theories abounding. The official story happens to be one of the most flawed versions.

According to the official story, Malcolm X, born Malcolm Little in 1925, was assassinated by rival Black Muslims on February 21, 1965 while addressing his Organization of Afro-American Unity at the Audubon Ballroom in Washington Heights.
Three members of the Nation of Islam (NOI) — Talmadge Hayer or Thomas Hagan (a.k.a Mujahid Abdul Halim), Norman Butler (a.k.a Muhammad Abdul Aziz) and Thomas Johnson (a.k.a Khalil Islam) — were convicted of his murder in 1966 — despite glaring inconsistencies in the case.
Officials at the time of his murder claimed Malcolm’s assassination was the result of an ongoing dispute between him and the NOI. Though Malcolm had left the group in 1964 on bad terms, Butler (Aziz) and Johnson (Islam) have consistently professed their innocence, and scholars who have studied the case have raised doubts about the killing’s circumstances.

What’s more, there was no evidence linking Butler or Johnson to the crime. Butler even had an alibi for the time of the murder: He was at home resting after injuring his leg. This was backed up by a doctor who had treated him and who took the stand during the trial. Nonetheless, all three men were found guilty in 1966 and sentenced to life in prison. Case closed.
Following the release of a Netflix documentary series last year, that delved into these doubts, Manhattan District Attorney Cy Vance announced that his office was going to review the case. Little has come from this investigation and it looked like more lip service from officials.
Then, last week, a letter was released, reportedly written by Ray Wood who was an undercover police officer at the time. Wood’s attorney and family claim Wood wrote the letter on his deathbed confessing the NYPD and the FBI conspired to kill Malcolm X.
According to Wood’s cousin, Reggie Wood, who released the letter, Ray Wood wrote it after being diagnosed with stomach cancer back in 2011. His wishes were that the letter be released after his death. Because Ray Wood would go into remission, Reggie did not release the letter until now.

“For 10 years I’ve carried this confession secretly in fear of what could happen to my family and myself if the government found out what I knew,” Reggie Wood said.
Raymond Wood, he said, “lived in constant fear for 46 years, worried about what the NYPD and FBI would do to his family if he had told the dark secrets that he held that helped destroy Black leaders and Black power organizations.”

After Wood’s death in November, Reggie Wood contacted civil rights attorney Ben Crump and the letter was released.
The letter described how Raymond Wood, while working as an undercover NYPD officer, was assigned to a unit that infiltrated civil rights groups in search of illegal activities so that the FBI could arrest their leaders.
The Washington post reported that on February 1965, according to the letter, Wood’s supervisors had him lure two key players on Malcolm X’s security team into a plot to bomb the Statue of Liberty. Four people were arrested on Feb. 16 on charges that they sought to blow the head off the structure, and Wood was credited on the front page of the New York Times for infiltrating the group.
According to the letter, Wood’s supervisors threatened to charge him with false crimes if he tried to resign so he was forced to go along with the conspiracy.
Though the letter is disputed as “fake” by Wood’s daughter, Kelly Wood, the information it revealed filled in the gaps of the conspiracy perfectly. Also, she is the only family member who is making this claim.

“If he was involved in any way,” she said, “he would have spoken up earlier.”

But according to the other members of the family, he did not speak up out of fear of retaliation.

“I participated in actions that in hindsight were deplorable and detrimental to my own black people,” the letter read. “Under the direction of my handlers, I was told to encourage leaders and members of the civil rights groups to commit felonious acts.”

This is the standard operating procedure when authorities infiltrate groups. We’ve reported on cases of the FBI giving explosives to groups in order to catch them in the act.
The idea of the NYPD aiding in the assassination makes perfect sense, as the day Malcolm X was killed, police were nowhere to be seen. Over 400 people were in attendance at his speech that day and a heavy police presence was routine for all of his rallies. On that day, however, no cops showed up.
In fact, in the letter, Wood reportedly guaranteed that police would not be at the Audubon Ballroom the day he was killed.
What’s more, Malcolm was under near-constant surveillance by the federal and New York state governments. The FBI first opened a file on Malcolm in March 1953, and closely monitored him over the next decade using surveillance and informants in the NOI, OAAU and MMI.
On June 6, 1964, FBI Director J. Edgar Hoover sent a telegram, which later became public, to the FBI office in New York City that said “do something about Malcolm X.”
Apparently, something was done.
Also, the New York Police Department (NYPD) had, at the time, a special unit called the Bureau of Special Services (BOSS) that had infiltrated many New York political organizations, including Malcolm’s. Malcolm X: A Life of Reinvention describes the NOI, MMI and OAAU as “virtual rats nests of conflicting loyalties” due to the number of informants positioned among their members’ ranks.
After the letter was released, the FBI released a statement on the investigation.

“The FBI’s New York field office is aware of recent reporting regarding the circumstances surrounding Malcom X’s death. Over the past several months, we have worked cooperatively with the Manhattan District Attorney’s Office to assist in its review of the matter and provide relevant documents from FBI holdings. Today’s FBI stands for the noble pursuit of justice, and we will continue to support the review in any way we can.”

Several months ago, the Manhattan District Attorney initiated a review of the investigation and prosecution that resulted in two convictions for the murder of Malcom X. The NYPD has provided all available records relevant to that case to the District Attorney. The Department remains committed to assist with that review in any way.

Although over fifty years have passed since his killing, his words still ring just as true today as they did then. His ideas are at the center of national debate over the treatment of minorities by the criminal justice system and have taken center stage with the recent events in Minneapolis and elsewhere.

Is it any question as to why the NYPD may want him out of the way?
About the Author
Matt Agorist is an honorably discharged veteran of the USMC and former intelligence operator directly tasked by the NSA. This prior experience gives him unique insight into the world of government corruption and the American police state. Agorist has been an independent journalist for over a decade and has been featured on mainstream networks around the world. Agorist is also the Editor at Large at the Free Thought Project.