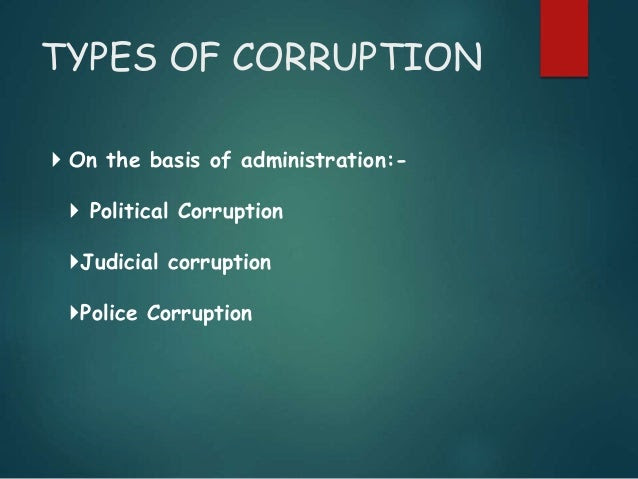 Source: Clarice Feldman
PJ Media’s Megan Fox has a very disturbing six-part series on alleged judicial corruption in St. Louis, Missouri. The first five detail how family court guardians and psychologists are misusing their positions to siphon off money from parents in custody disputes while the St. Louis judges ignore the fraud and collude with them, by, for example, ordering children’s visits with sexual molesters and/or otherwise abusive parents in order to compel the other parent to keep paying lawyers to appeal the decisions and change the arrangements.  One might expect that bar examiners, judicial conduct boards,  the state attorney general, the Department of Justice, the FBI, the IRS would register some interest in what appears to be appalling legal violations by officers of the court and the judges , but I don’t see anything happening yet to check these outrages.
In many ways this alleged corruption is as bad if not worse than the case a few years ago of two Pennsylvania judges, Mark Ciavarella and Michael T. Conahan, who routinely sent poor kids who had committed minor offenses to private detention centers in return for kickbacks from the owners of those jails. They were finally sentenced for their kids for cash scheme.
Outright corruption of this magnitude seems rarer than the everyday kind, like the overuse of Soviet-style tactics against politically tainted subjects for fame and fortune. We saw that in the prosecution of Lewis Libby and we are seeing it today in the tactics used against anyone who was at the Capitol on January 6. Once again, the FBI is a willing partner in the outrages. The particular target seems to be members of Oath Keepers, a group the media uniformly describes as “far right” as opposed I guess to “far left,” a never used media description. Oath Keepers seem to be composed of  present and former military and law enforcement types committed to enforcing the Constitution. Whichever description you choose, the actions against them seem over the top, and some judges on both ends of the spectrum are looking askance at the antics of law enforcement.
Gateway Pundit describes one such overkill by the FBI — the arrest of Joshua James — reminiscent of the arrest of Roger Stone — a wounded Iraq war veteran :

The FBI lured him out of his home in Alabama by pretending to be a customer needing a pressure washing.
Then an Army armored vehicle with a turret on top, 2 FBI vans, 6 FBI vehicles, 3 local police and sheriff’s vehicles pulled up and ransacked their home.[snip] The FBI is holding him until trial because he was seen speaking with two other members of the Oath Keepers that day.

Although the probation office recommended bail, at the last minute the prosecution shifted stance and demanded he be jailed pending trial and then transferred him to D.C.
Arresting him with a tank-like vehicle was not the end of the FBI’s overacting. They made his wife and young son wait outside the house for eight hours while they confiscated his Oath Keepers hats and shirts, ransacked the house, and then returned days later for a “random cell phone.”
Once arrested, the Oath Keepers are not uniformly receiving the kind of judicial mistreatment the FBI and DoJ might have hoped for, which suggests that even in Biden’s post-legal, post-factual era, some judges still pay attention to civil rights.
Thus Thomas Caldwell, another veteran who had been charged in “a wide-ranging conspiracy“ among eight Oath Keeper members, was ordered released by Judge Amit Mehta, an Obama appointee.

An article in Saturday’s Washington Post (hard copy edition) authored by Spencer S. Hsu indicated that the riot probe is among the largest ever. Of course, it must be: The new Attorney General Merrick Garland said it was his first priority, and he and Nancy Pelosi must be assuaged.  “More than 100 federal prosecutors are working full or part-time on cases — including 30 detailed from U.S. attorney offices around the country — with some prosecutors and judges handling seven cases or more apiece.” What do you suppose is the career trajectory of a prosecutor who honestly says there’s no evidence of conspiracy there or we lack sufficient evidence to charge this individual?
Defense counsel in some cases asked, as is their right, for speedy trials. The government seems to be over its skis now, having heralded its charges against over 300 people, people as to whom the evidence of wrongdoing seems disputable as the government seeks to portray a grand conspiracy when, at best, it has only random acts — mostly misdemeanors by dozens of people. Claiming they need time to proceed because they are investigating some vast conspiracy seems a convenient prosecutorial trick to keep people jailed for a long time in order to compel plea agreements from people who are employed, have stable family and community relations, and no criminal history.  At least one U.S. District Court judge, Trevor N. McFadden in New Mexico, pushed the government to move faster. According to the Washington Post  he said, ”I’m not going to be waiting indefinitely….  It’s up to you, but you’re not going to hold up the trial schedule in my cases,” as he asked prosecutors to reveal their plans by April 7. That case involves  a County Commissioner Couy Griffin. In yet another case involving a mayoral candidate, Jenny Louise Cudd, McFadden added, ”I can’t imagine a reason why you couldn’t extend a plea offer by [May 6] if you intend to.” I suspect we may come to a point where the defendant’s desire and right to have a speedy trial may collide with the sprawling and outgoing nature of evidence collection and disclosure, but I don’ t think we’re there yet.” I suspect in a month or so, he will see the collision.
Yet another man was arrested and brought to D.C. to await trial, the only evidence being that a day before he had as a security measure chauffeured Roger Stone in D.C.

James was arrested earlier this week and charged with entering a restricted building and obstructing congressional proceedings. He is one of approximately a dozen Oath Keepers charged in the Capitol insurrection, including some that are accused of planning the attack before traveling to Washington.
His lawyers argued on Thursday that he is not guilty of these crimes.
Stone has denied having advance knowledge of any planned violence or plans to breach the Capitol complex. He has previously said he accepted security from the Oath Keepers because of death threats.

Really, is the government’s case that if you were seen with Roger Stone somewhere in the Capitol on January 5, you can be charged with a criminal offense?
It wouldn’t be the first time splashy mass arrests for political outbreaks ended in zilch. In July 2018, the government also folded on charges aginst very violent inauguration rioters against President Trump:

More than 200 people were arrested after the protest, during which several store windows were broken and a parked limo set ablaze. Two group trials ended in defeats for the U.S. Attorney’s Office, which was hindered by the fact that most protesters wore similar black clothing and covered their faces.
The first trial ended with acquittals for all six defendants. After that defeat, the government dropped charges against 129 defendants, including Petrohilos, saying prosecutors would focus on the defendants against whom they had the strongest evidence.
But a second trial for four people in May ended in acquittals on most charges and a hung jury on the rest.
Activists credited a unified defense strategy with prevailing. This strategy included persuading defendants — sometimes over the objections of their lawyers — not to accept plea bargains.

“Solidarity was what won the case,” said Sam Menefee-Libey, a member of the DC Legal Posse activist collective. “I hope that organizers and people on the left study it.”
The anti-Trump rioters likely faced  more sympathetic jurors in a venue which is at least 90% Democratic than the January 6 defendants. For the sake of justice, one can only hope there are more fair-minded judges willing to enforce the constitutional rights of the defendants and some jurors who care about fact and law.