20+ Countries Suspend Use of AstraZeneca Vaccine


WHO and the EMA are investigating reports of blood clot-related injuries and deaths after the AstraZeneca COVID vaccine, but both say there’s no reason to stop using the vaccines.
By
Megan Redshaw 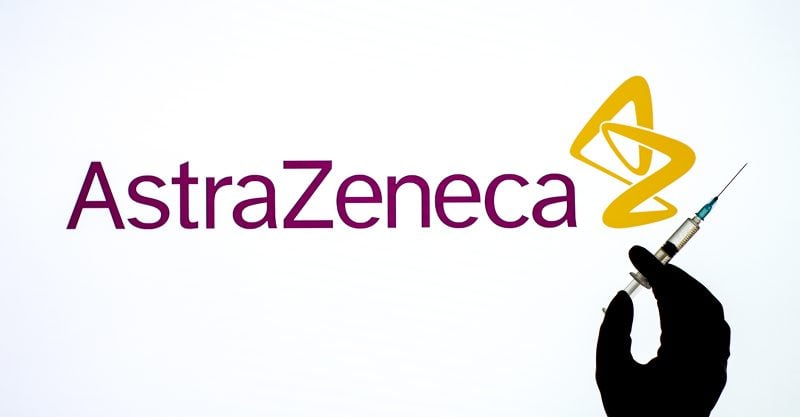 More than 20 countries have either suspended or said they will delay Oxford-AstraZeneca vaccinations based on reports of deaths or injuries — in most cases related to blood clots — in healthy people who received the vaccine.
Prosecutors in Northern Italy announced Monday they had seized a batch of 393,600 shots of the AstraZeneca COVID vaccine following the death of a 57-year-old man hours after he was vaccinated, reported Reuters.
Meanwhile the World Health Organization (WHO) is standing firm in its support of the vaccine. In a press conference today, WHO Director General Tedros Adhanom Ghebreyesus said, “This does not necessarily mean these events [deaths and injuries] are linked to the vaccine, but it’s routine practice to investigate them, and it shows that the surveillance system works and effective controls are in place.”
According to news reports, WHO’s vaccine safety experts were meeting today to discuss the vaccine. WHO had previously said that an ongoing analysis by its vaccines advisory committee has not established a causal link between the vaccine and blood clots and countries should keep using it, reported The Telegraph.
Regulators in Europe also defended the vaccine telling news outlets that the “benefits outweigh the risks.” Still, the European Medicines Agency (EMA) is investigating reports of blood clots in vaccine recipients and will release its findings Thursday, according to Nasdaq.com.
EMA Executive Director Emer Cooke said today during a news conference that there was no indication the incidents, which she called “very rare,” had been caused by the vaccine, but experts were assessing that possibility.
The AstraZeneca vaccine, not yet approved for emergency use in the U.S., is being distributed under WHO’s COVAX program, funded by Bill Gates. The company plans to file for Emergency Use Authorization with the U.S Food and Drug Administration in the upcoming weeks.
In Italy, Piedmont’s regional government suspended use of AstraZeneca’s batch ABV5811, which is different than the batch of AstraZeneca vaccine seized last week in Sicily after the sudden deaths of two men who had recently been vaccinated.
The Italian government had previously said there was no evidence of a connection between the deaths and the vaccine, and had allowed the AstraZeneca vaccine to continue to be administered even after other countries had suspended use of the vaccine.
In addition to Italy, France, Iceland, Denmark, Cyprus, Luxembourg, Latvia, Estonia and The Netherlands have suspended or delayed the AstraZeneca vaccine.
Other countries that have hit pause on AstraZeneca:
Norway, which is investigating reports of young healthy people who experienced brain hemorrhages and blood clots after being vaccinated. On March 12, the Norwegian Medicines Agency and Norwegian Institute of Public Health (NIPH) reported an unexpected death from a brain haemorrhage after an AstraZeneca vaccine was administered. A day later the agencies received three more reports of severe cases of blood clots or brain haemorrhages in younger people who had been vaccinated and were receiving hospital treatment. All of the patients showed reduced numbers of blood platelets.
Dr. Pal Andre Holme is treating the three health workers at Olso University Hospital. He told Norway’s VG newspaper that it was “very unusual” to see such young patients with such “low levels of blood platelets.” Holme’s said, “These are healthy young people who have not had any kind of disease before, who then get severe blood clots. You have to ask questions whether there is a connection with the vaccine, which I do not consider unlikely.”
In its report, the NIPH called for anyone under the age of 50 who experienced “large or small bruises” after being vaccinated to visit a doctor.

Sweden announced today it was suspending the AstraZeneca vaccine following reports of abnormal blood clotting in recipients, [url=https://www.npr.org/sections/coronavirus-live-updates/2021/03/16/977731757/sweden-venezuela-latest-countries-to-question-astrazeneca-vaccine#:~:text=Sweden is the latest European,at all following those reports.]according to NPR[/url]. The Swedish Public Health Agency said it would suspend use of the vaccine until the EMA reveals findings from its ongoing investigation.
Bulgaria paused the vaccine as a precautionary measure last week after a woman died of heart failure 15 hours after receiving the shot, reported Reuters.  “Until all doubts are dispelled … we are halting inoculations with this vaccine,” Bulgarian Prime Minister Boyko Borissov said in a statement.
Ireland said on Sunday it was suspending the country’s rollout of the AstraZeneca’s vaccine, The Telegraph reported. Dr Karina Butler, head of the National Immunisation Advisory Committee, told Irish state broadcaster RTÉ that the committee had made the decision after Norway reported a “cluster of four serious, very rare, very serious clotting events” in young healthy people.
Germany suspended the vaccine as a precautionary measure this week after the country’s health minister, Jens Spahn, said seven cases of cerebral vein thrombosis had been reported. Spahn said Germany’s vaccine authority, the Paul Ehrlich Institute, “considers further investigation necessary after new reports of cerebral brain thrombosis in connection with vaccination in Germany and Europe.”
The Paul Ehrlich Institute said the EMA should decide “whether and how the new findings will affect the approval of the vaccine.”
Indonesia Monday suspended the use of the AstraZeneca vaccine saying it was waiting for a full report from the WHO before administering any more of the vaccines.
South Africa, as previously reported by The Defender, suspended plans to distribute the AstraZeneca COVID vaccine in February after a study showed only 10% efficacy at protecting against mild and moderate COVID-19 cases from the new South African variant.
Venezuela decided it will not authorize or license AstraZeneca’s COVID vaccine at all due to complications in vaccinated recipients. The country had reserved 1.4 to 2.4 million doses through COVAX.
Some countries still on board:
Despite safety concerns, some countries are moving forward with the AstraZeneca vaccine.
Last week, Thailand became the first country outside Europe to temporarily suspend using the vaccine due to safety concerns, according to Associated Press. But Thailand’s health authorities reversed course and decided to move forward. The Prime Minister Prayuth Chan-ocha and members of his cabinet received the first shots.
“There are people who have concerns,” Chan-ocha said after he received the first dose. “But we must believe doctors, believe in our medical professionals.”
In the Philippines, presidential spokesperson Harry Roque said his country would not suspend use of the vaccine because the benefits outweighed any risks.
“There is still no clear data that shows that the blood clotting was caused by AstraZeneca. If such data will come out, maybe we will also stop the use of AstraZeneca,” Roque said. “As of now, our experts are saying again that the benefits we get from using AstraZeneca are larger than the side effects of this vaccine.”
Australia’s Health Minister Greg Hunt said his country “absolutely, clearly and unequivocally” supports the rollout of AstraZeneca’s COVID vaccine and would not suspend vaccinations, with plans to import and manufacture 70 million vaccine doses from the vaccine maker. Australia’s chief medical officer, Paul Kelly, said there was no evidence so far that the vaccine causes blood clots.
Canada’s Prime Minister, Justin Trudeau, said Monday Health Canada regulators are “constantly analyzing all the available information about vaccines and have guaranteed those approved in Canada are safe for use.” The government’s National Advisory Committee on Immunization today approved the AstraZeneca vaccine for people 65 and older — it had previously limited the approval for people under age 65 due to “limited information on its efficacy,” MSN reported.
According to Reuters, AstraZeneca reviewed its own safety data and said on Sunday there was no evidence of increased risk of blood clots from its COVID vaccine. A monthly safety report will be made public on the EMA website next week, the company said.
WHO said global distribution of AstraZeneca’s COVID vaccine remained undisrupted, though TGR reported investigations into AstraZeneca concerns have triggered far-reaching reactions with thousands of cancellations of AstraZeneca’s vaccine. In Veneto Italy alone, 50% of planned vaccination appointments with AstraZeneca were cancelled since Saturday, reported the president of the region, Luca Zaia.