Ruling class orders Americans to ‘shut up’ on vote fraud 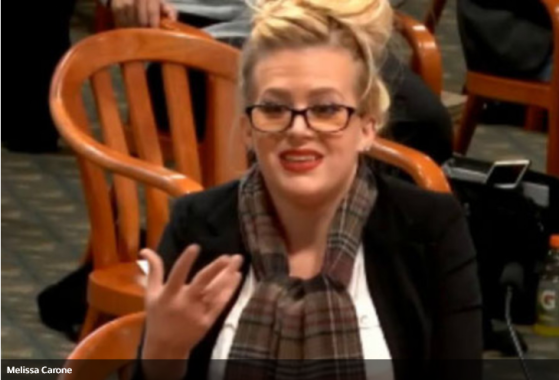 Source: Free Press International News Service
The ruling class and corporate media sent a strong signal to Americans who felt it was their patriotic duty to report what they saw as incidents of fraud in the 2020 election:

In many cases, gestapo-like squads went to their doors, media went deep into their pasts looking for any data to be used against them, or social media trolls threatened violence to make sure the concerned Americans kept quiet, a report said.

Melissa Carone, a Michigan information technology worker who raised an alarm about what she viewed as irregularities during the ballot count in Detroit, said she called the FBI twice in attempts to report the problems.

“I never got a call back still,” said Carone, who testified at one of Rudy Giuliani’s election fraud hearings.

In a report for The Washington Times, Alex Swoyer noted that Carone “said people came knocking on her door in outrage over her claims that the Nov. 3 election was rigged. She even changed her phone number to escape the hate calls.”

Carone said her complaints about issues with Dominion Voting Systems’ machines were met with harassment and doxing, including co-workers giving out her address.

“It was negative, and they did it for all the wrong reasons,” she told The Washington Times. “But it came together in the right way to put me in a situation where I can take a leadership position and I can go in and have some really good policies that Michigan and every state needs.”

Carone blamed a corrupt system for the lack of follow-up from state and federal officials on the election fraud claims.

“It’s very unfortunate we have an FBI that is corrupt. They are corrupt, and you didn’t see them not investigating what happened … at our Capitol,” she said. “They jumped right on that because it was Trump supporters.”

Swoyer cited Jesse Morgan as another example. The U.S. Postal Service truck driver reported to authorities that mail-in ballots he hauled from New York to Pennsylvania had disappeared.

He said he got short shrift from the USPS inspector general’s office and the FBI. An FBI agent later grilled his wife about whether the Republican Party paid Morgan to level the allegations.

“This is really sad. This is turning into a Democrat or Republican kind of thing,” Morgan said. “It just baffles me.”

A legal group representing Morgan estimated that he trucked more than 280,000 ballots from Bethpage, New York, to Lancaster, Pennsylvania. In his affidavit, he was hesitant to guess the exact number of ballots.

Morgan parked his truck to drop off about 24 boxes of ballots. He then was kept waiting for several hours, which was not normal, according to his sworn testimony.

Morgan never received an explanation for what happened to the trailer and the ballots. He noted in the affidavit that he knew ballots were in his trailer because he was told in Bethpage that he would be transporting mail-in ballots to Harrisburg.

Morgan told the FBI and USPS inspector general about his allegations in early December but said he has not heard back — other than the call to his wife from an FBI agent from the Philadelphia office asking whether the Republican Party had paid him.

“Morgan found himself on trial in the news media, undergoing scrutiny of his criminal record of domestic abuse and forgery charges and his history of drug abuse and mental health struggles,” Swoyer noted.

Morgan said he would do it all over again.

“Someone has got to be a voice,” Morgan said. “I would do it again. I believe in getting the truth out there.”

Richard Hopkins, a postal worker in Erie, Pennsylvania, said in a sworn affidavit that he heard a supervisor direct USPS employees to backdate mail-in ballots so they would qualify for counting.

Hopkins, who was suspended without pay while his claims were investigated, recanted under pressure by an agent of the USPS inspector general, Swoyer’s report noted. He later reversed the recanting, but the back and forth made his claims suspect.

In Nevada, a woman provided a sworn affidavit claiming to have seen a Biden-Harris van parked behind a polling place where people were filling out ballots.

She refused to speak publicly and chose to remain anonymous out of fear of harassment and ridicule. A lawyer involved in the Nevada allegations said the woman was never contacted by federal or state investigators.

Binnall said his legal team tried to interview postal workers who said they were instructed to deliver ballots to addresses they knew were false, yet the ballots were returned filled out.

Binnall said law enforcement is likely not following up on the fraud claims, issued under oath, because they are afraid of what they will find.

“Deep down, they know what they are going to find,” he said. “They know about the overwhelming fraud that happened in this election.”